“Pakistan is not what you see on CNN”: Abbasi

COLOMBO: In a video address at the opening of the Pakistan Single Country Exhibition here on January 12, Prime Minister Shahid Abbasi made a fervent plea. He asked his audience of Sri Lankan businessmen and entrepreneurs not to shun Pakistan, misled by the image of that country as portrayed by the Western media.

“Pakistan is not what you see on CNN,” Abbasi said, and added: “We have won the war against terrorism, and with peace restored, we are taking great strides in economic development.”

While Abbasi’s focus was, understandably, on investment and trade, there is another side to Pakistan which was crying to be bought out, namely, the image makeover that the country has been at for the last decade or so through the discovery, restoration, preservation and exhibition of its pre-Islamic heritage, especially its Buddhist heritage as represented by Gandhara art. 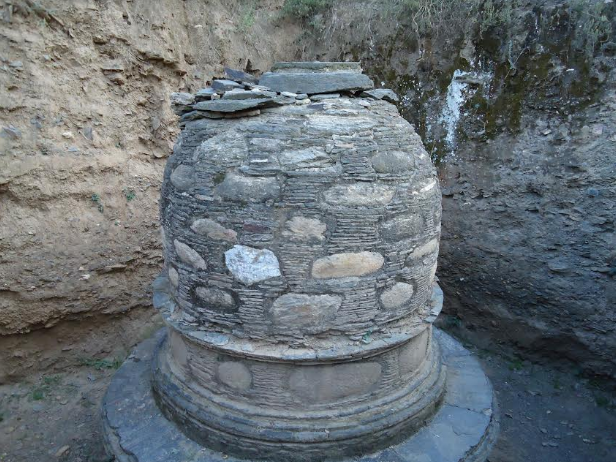 That there is much appreciation for this endeavor among Buddhists in other countries was evident at the Gandhara art stall at the Single Country Exhibition in the Sri Lankan capital earlier this month.

Although replicas of Gandhara Buddhist sculptures were not displayed to the dismay of art lovers, there were well written and well produced coffee table books and DVDs on Gandhara art, which were given out free of charge to all who wanted them.

Intrigued by the sight of Buddhas’s pictures in an Islamic country’s exhibition, people made a beeline to the Gandhara stall and gratefully accept the books and DVDs. The Pakistan High Commission, which bore the expenses of the stall and its contents, had thoughtfully brought out the literature in Sinhala as well as English, so that the message of a tolerant Pakistan would reach the entire Buddhist population in Sri Lanka. 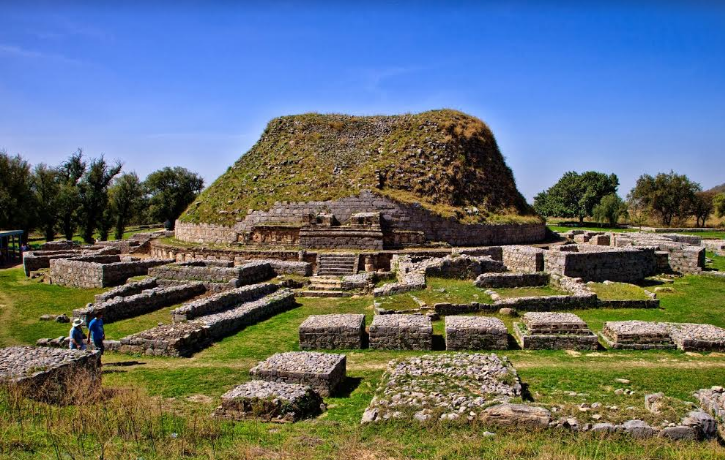 “I have had to bring in replenishments from the High Commission several times to meet the constant demand,” remarked Press Attache Intesar Ahmad Sulehry.

Pakistan has been working hard to let the world know of its glorious pre-Islamic past which includes the ancient site at Mohenjodaro, the Buddhist university at Taxila, Gandhara art and Buddhist stupas containing relics in the North Western part of the country.

During the tenure of High Commissioner Seema Baloch (2011-13), Pakistani Buddhist relics were, for the first time, brought to Sri Lanka and publicly exhibited in various parts of the island. A group of 40 Buddhist monks were taken to see the Buddhist sites in Pakistan. This did help correct (albeit only to a small extent), the image that Pakistan had nothing to offer Buddhists and had little or nothing to so with Buddhism. 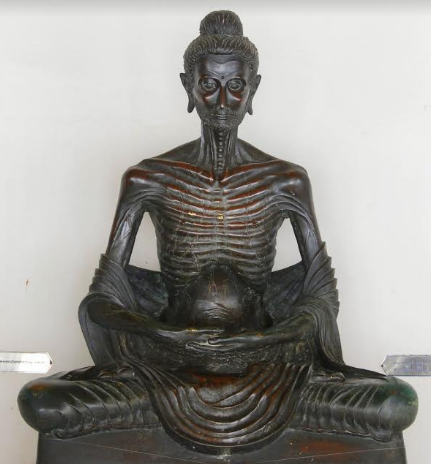 In June 2016 Pakistan widened the scope its portrayal of itself as a liberal and tolerant country by holding an exhibition of Gandhara art in Colombo, to attract art lovers as a whole, whether Buddhist or not.

Today Pakistan is 95% Muslim, but Buddhism flourished in what is now called Pakistan, between 2 nd. Century AD and the 10 th. Century, giving the world a distinct style of Buddhist art called Gandhara art. The home of this art form is in North-Western Pakistan corresponding to the Vale of Peshawar and having extensions into the lower valleys of the Kabul and Swāt rivers.

In ancient times, Gandhara region was a trade and cultural meeting place between India, Central Asia and the Middle East. The region was subject to Achaemenian Persia in the 6th and 5th centuries BC and was conquered by Alexander the Great in 4th Century BC. It was thereafter ruled by the Mauryan dynasty of India, under whom it became a center for the spread of Buddhism to Afghanistan and Central Asia.

Gandhara was successively ruled by Indo-Greeks, Shakas, Parthians, and Kushans. After its conquest by Mahmud of Gazni in 11th century AD the region was held by various Muslim dynasties.

Taxila and Peshawar were important cultural centers at that time. From the 1st century BC to the 6th–7th century AD, Gandhara was the home of a distinctive art style that was a mixture of Indian Buddhist and Greco-Roman influences. Depictions of the Buddha and Bodhisatvas (Enlightened Beings) was the mainstay of Gandhara art.

A number of sculptures that have survived the ravages of time and depredations of iconoclasts show the narrative of Buddha’s life through symbols and footprints. But it is the representation of the Buddha in human form that went on to influence art in China, Japan, Korea, and other parts of Asia. It is said that the Gandhara region has the world’s only statue of a fasting Buddha – a Buddha in skin and bones and ribs jutting out.

The ancient Buddhist sites and the art therein, which had been neglected for centuries, was discovered by British archeologists in the colonial period. Their work was continued by Pakistani archeologists after independence in 1947. Successive Pakistani governments, except the one led by Gen.Zia-ul-Haq, had sustained the archeological and conservation projects.

But in 2006-2007, the Taliban banned the preservation of these objects because even the existence of the idols in the midst of Muslims was “haram”. The Taliban had damaged the face of a giant Buddha statue in Swat. However, President Pervez Musharraf had stood like a rock behind the conservationist lobby and negotiated the withdrawal of the Taliban from its destructive project. Later, when the area was cleared of the Taliban zealots, archeologists and art lovers in Pakistan and abroad breathed a sigh of relief.

Pakistan also started the exhibition of Gandhara art in various places in the world including the US. At an exhibition in New York of art works brought from the Lahore and Karachi museums, the then Pakistani Ambassador in the UN, Abdullah Hussain Haroon, waxed eloquent about the Buddha. He said that the Buddha was a human being whose ethereal qualities and enormous wisdom showed the path to several others like Gandhi down the centuries.

In 2016, Pakistani archeologists discovered an ancient site at Bhamala in the Swat district of Khyber Pakhtunwala Province in which there was a 14 meter (48 ft) long Kanjur stone “Sleeping Buddha” statue. The 3 rd.Century AD statue is the world’s oldest Sleeping Buddha statue.

When the find was presented, the Khyber Pakhtunwala leader and President of the Pakistan Tehreek-i-Insaaf (PTI) party, Imran Khan, said: “ It is a world heritage site and because of that, people will come for religious tourism and see these places. The majority of the Pakistani population wants such sites restored.”

Apart from the government, individual Pakistanis have also rendered yeoman service in preserving and protecting Buddhist sites against depredations by the Taliban, idol thieves and smugglers. 45 year old Osman Ulasyar had stopped local boys from playing cricket in a field full of Ist. Centry AD Buddhist stupas (burial sites containing relics). Then, at this own cost, he built a 300 ft wall to protect the stupa court.

Ulasyar’s keenness to preserve a non-Islamic heritage is not alien to the historical ethos of Swat, though it cannot be denied that the inherited spirit of tolerance suffered a blow during the fanatical regime of Zia-ul-Haq from which it is yet to recover fully.

Dr.Abdul Samad, Director of Archeology and Museums in Khyber Pakhtunwala province told Reuters: “ Gandhara was the center of religious harmony. It is here that one finds Greek, Roman, Persian, Hindu and Buddhist gods in a single panel in Peshawar museum.”

But the common Pakistani’s awareness of his non-Islamic past is pathetically low, not only because of the re-assertion of the Islamic character of Pakistan during Zia-ul-Haq’s rule (1978 -1988) but because of the fact that history books had blacked out the pre-Islamic past in 1971, a good seven years before Zia’s advent.

This grievous flaw in the academic field would need to be corrected at the earliest in the interest of the preservation of Gandhara art and the enormous tourist potential which is in it.

The other danger that lurks constantly, is the destruction, stealing and smuggling of ancient artifacts by unscrupulous elements. Thieves cite Islamic principles to justify their disrespect for idols, but government has armed itself with the Antiquities Act to protect the sites and also to prevent domestic and international sale of these antiquities.

Success in this area is by no means insignificant since the Gandhara sites are still there for all to see. Many of the artifacts are kept in museums in the big cities for their safety.