NEW DELHI: Data collected by the Gallup Foundation based in Pakistan, tracking changing Pakistani perceptions over a thirty year time period, provides a valuable insight into the common Pakistanis relationship with India. The results are based on nationally representative samples of men and women across Pakistan’s four provinces, and indicate that over the years (between 1981 and 2014) there’s an increasing percentage of people who believe that Pakistan and India will not go to war, and that even if they were to, the use of nuclear weapons will not be a possibility.

The five charts below demonstrate Pakistani perception of India:

1. On the possibility of war between the two countries: 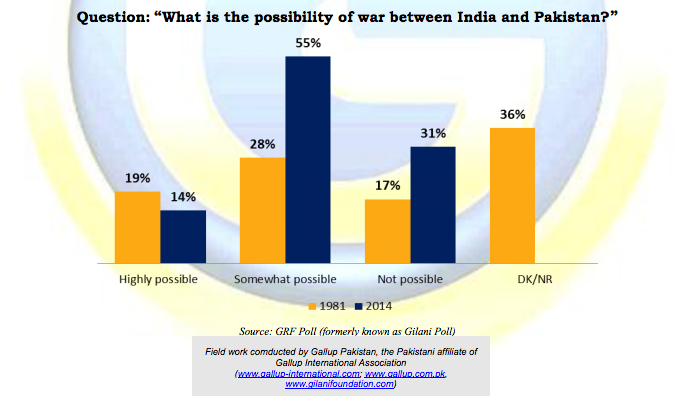 In 1981, 19 percent of respondents felt that war between India and Pakistan was extremely likely. In 2014, this percentage fell to 14 percent. More encouragingly, in 1981, 17 percent felt war between the two countries was not possible, and this percentage has risen substantially to 31 percent in 2014.

2. On India’s use of the atom bomb against Pakistan: 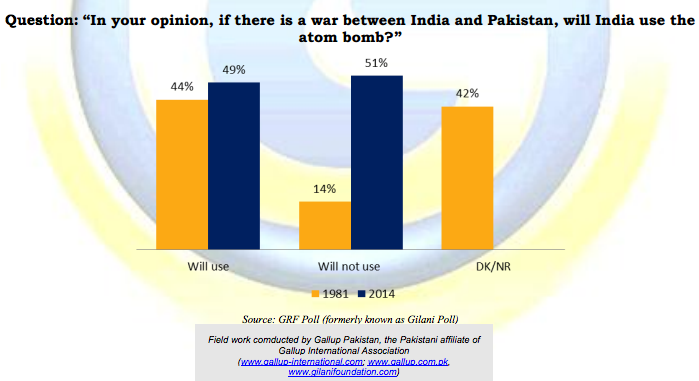 3. On the Kashmir dispute: 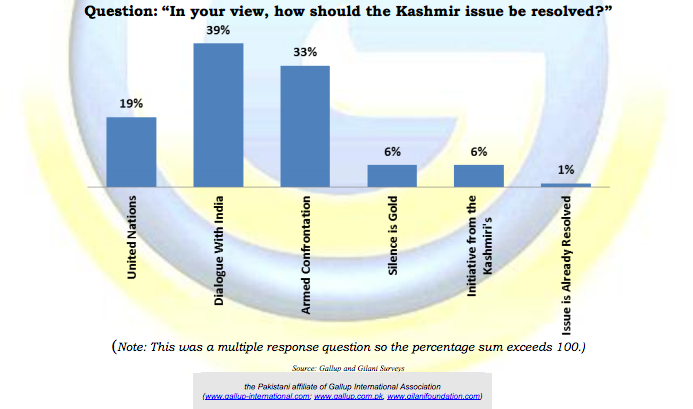 The above chart shows Pakistani people’s perception on the Kashmir dispute in the year 1979. Interestingly, a majority -- 39 percent -- felt that the dispute is best resolved through dialogue with India. A close second -- 33 percent -- felt armed confrontation was the solution. Although there is no data for the same question in 2014, the fact that there is declining support for war between the two countries (based on the previous two charts) suggests that support for armed confrontation as a means for resolving the Kashmir dispute has probably declined.

4. On the new government in India: 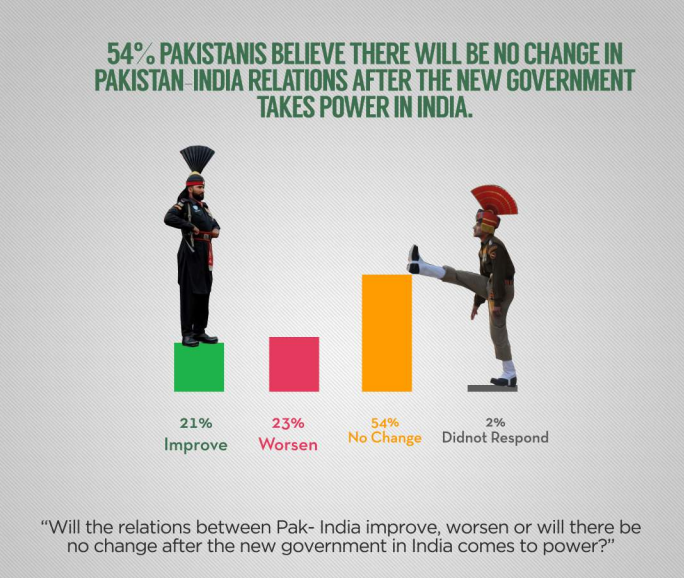 Based on a survey conducted after the Indian general election results of 2014, 54 percent of respondents felt that there would be no change between India - Pakistan relations despite the change of guard in New Delhi.

5. On trade with India

When asked, “In your opinion, should Pakistan trade with India or not?” 67 percent of respondents were in favour of trade relations between the two countries. Further, analysis shows that net support representing ‘support’ minus ‘opposition’ has risen significantly over a period of twelve years from a net value of 3 percent in a similar survey in the year 2000 to a net value of 38 percent in the survey (results shown above) conducted in 2012.