US Report Says Pakistan Has More Nuclear Weapons Than India

NEW DELHI: In what could send alarm bell ringing within India’s defence and security establishment, a new report has concluded that Pakistan’s nuclear tally is ahead of India. According to the US-based Bulletin of the Atomic Scientists, Pakistan possesses about 120 nuclear weapons -- at least ten more than neighbouring India.

The report corroborates a similar assertion by the Stockholm International Peace Research Institute (SIPRI), which placed India’s nuclear tally at 90 to 110 and Pakistan’s at 100-120 for 2014.

The report also follows news earlier this week that Pakistan test fired a ballistic missile that appears capable of carrying a nuclear warhead across India.

In other worrying Pakistan nuclear news, a report released earlier this year by the US-based Council for Foreign Relations titled, “Strategic Stability in the Second Nuclear Age” concluded that Pakistan “ has the fastest-growing nuclear program in the world.”

Further, the report noted that South Asia is the region “most at risk of a breakdown in strategic stability due to an explosive mixture of unresolved territorial disputes, cross-border terrorism, and growing nuclear arsenals.” “Due to the security trilemma, the deterrence relationship between India and Pakistan is intertwined with that of China. This trilateral linkage increases the region’s susceptibility to outside shocks and amplifies the risk that regional developments will have far-reaching effects. Each of these dynamics is worrisome on its own, but the combination of them could be particularly destabilizing,” the report concluded.

Asia, unlike the rest of the world where nuclear arsenal is shrinking, is experiencing a nuclear buildup. “China is increasing and diversifying its nuclear arsenal. Pakistan and India have been involved in a nuclear and missile arms race since 1998 that shows no signs of abating,” said the report.

Below is a roundup of the Nuclear arsenal of the three countries.

China is estimated to have 250 nuclear weapons for delivery by a mix of medium-, intermediate-, and intercontinental-range ballistic missiles, SSBNs, and bombers. 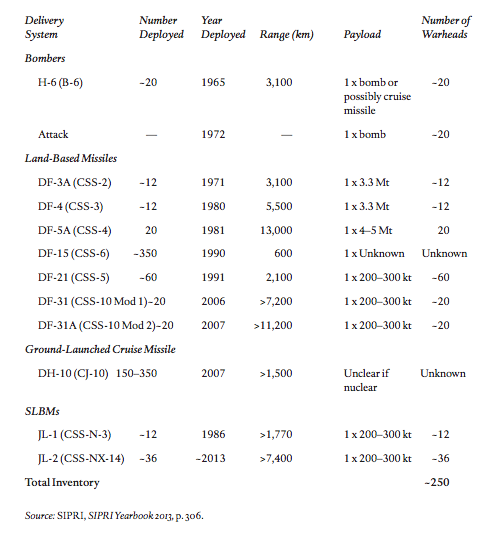 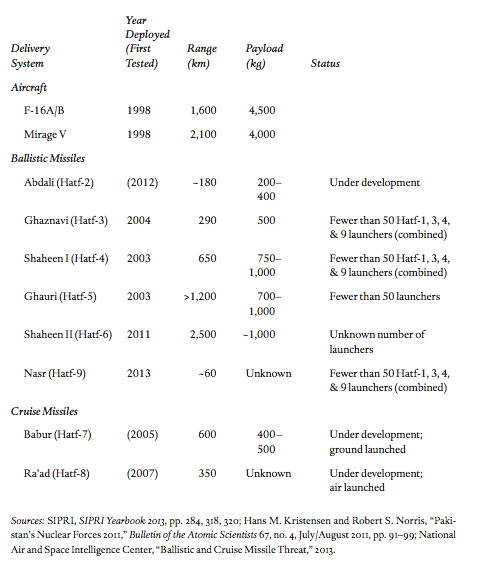 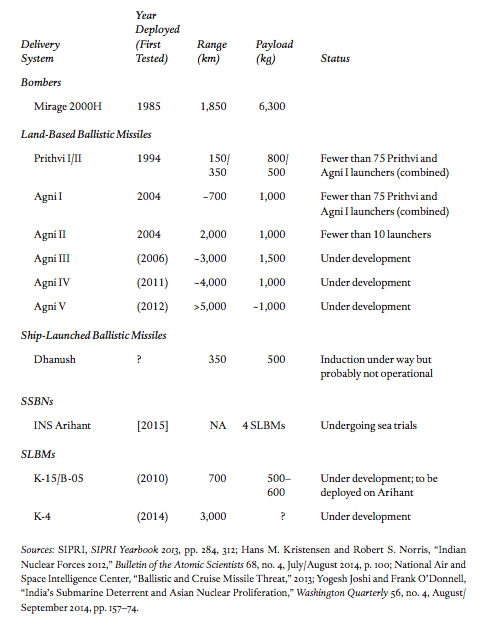