Taliban being trained by ISIS-

The statement follows photos that emerged a few days ago, that purport to show Islamic State fighters training at a camp in Afghanistan. If true, the photos will be another sign that the Syria and Iraq-based militant group is making inroads into the troubled South Asian country.

Pakistani journalist Saleem Mehsud originally tweeted the photos, but provided no further information about their origin. The photos were reportedly taken in “Ustad Yasir” camp in the Logar province in eastern Afghanistan. 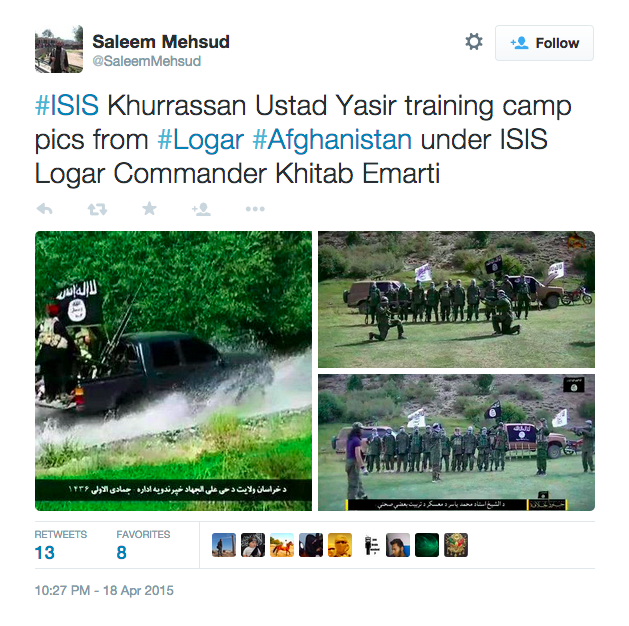 Last week, the Islamic State claimed its first attack in conflict-torn Afghanistan. A suicide bomber detonated his explosives-laden vest outside a bank in Jalalabad, the capital of the eastern province of Nangahar, killing at least 34 people and injuring 125 others.

The attack was claimed by a group called ISIS Wilayat Khorasan, with a statement issued naming the suicide bomber as Abu Mohammad Khorasani. A photograph purportedly of Khorasani was included, showing the attacker seated on a prayer mat, a scarf covering his face and a Kalashnikov rifle by his side. A black Islamic State flag was visible in the background.

In fact, despite Ghani’s announcement, Afghan officials and Nato forces in Afghanistan have gone on the record to say they doubt the claims of the Islamic State’s influence in the country. The Islamic State’s claim on the attack in Jalalabad has also been questioned. "We have not yet seen evidence of ISIS direction or support of the attacks," Lt. Col. Christopher Belcher, spokesman for the international military coalition in Afghanistan, said in a statement reproduced by Reuters.

A similar position was put forth by a spokesperson for Afghanistan's Ministry of Defense. "I do not believe that it was carried out by Daesh," Brigadier General Dawlat Waziri said on Wednesday, as quoted by Reuters.

The Islamic State itself seems to be unclear on whether it carried out the attack or not. “ISIS was not behind the deadly blast in Jalalabad, and we condemn such an attack,” Sheikh Muslim Dost, a spokesperson for the group in Afghanistan, told The Daily Beast. “This is an act of the Pakistani agencies to damage reputation of the ISIS.”

These may seem like two contrary positions. Does the Jalalabad bombing suggest that the Islamic State is a contender in Afghanistan or does it not? 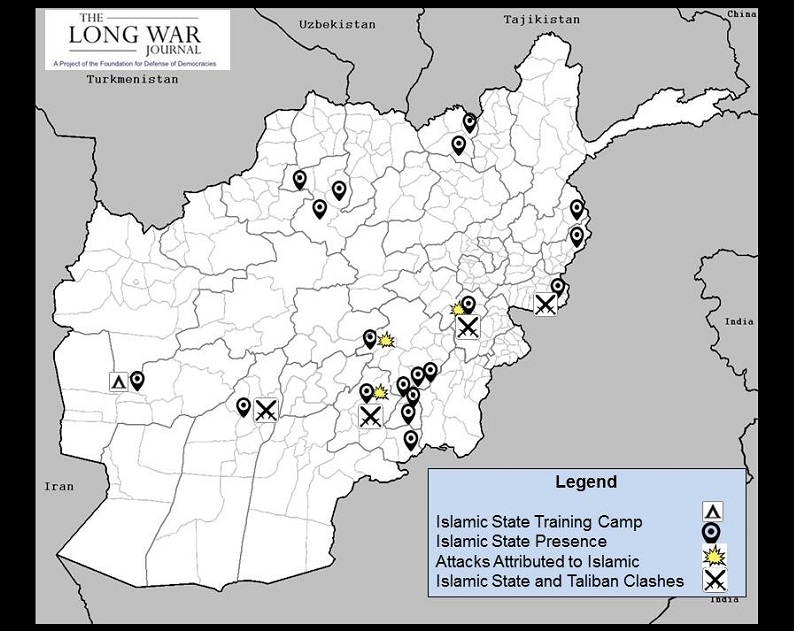 In February 2015, Afghan President Ashraf Ghani’s Chief of Police denied that the Islamic State was present in the area, insisting that the insurgents were local Taliban fighters.

earlier this year, in Nangarhar province, Taliban factions and Islamic State-affiliated insurgents clashed in what was widely perceived to be a turf war. In March, Afghan National Army (ANA) fficials reported that a clash between rival Taliban and Islamic State factions in the Arghandab district of Zabul had killed seven Islamic State fighters. Also earlier in March, Hafiz Waheed, an Islamic State-linked militant was killed in an airstrike in Afghanistan.

However, it is important to note that these are isolated incidents, which have been difficult to verify The Taliban continues to remain the main extremist group opposed to the government in Afghanistan but there are three factors that may, in the future, pave the way for the Islamic State.

The first, is the group’s own willingness to expand into South Asia, as judged by the appointment of commanders and the declaration of “Khorasan Province,” as discussed above.

Second, the Afghan Taliban seems to be willing to join a dialogue process with the Afghan government -- for the first time in 13 years. It is believed that neighbouring Pakistan managed to use its leverage on the leaders of the group to push for dialogue. If the Taliban and the Afghan government manage to start a dialogue process, the number of disenchanted fighters may increase -- with the Islamic State being a viable group to defect to. The growth of the Islamic State in Afghanistan, in turn, will have ramifications on Pakistan. As UK Defence writer Kim Sengupta noted, this includes “Pakistan’s loss of influence, which extends to committed Talibs, but stops dead at IS factions — exemplified no better than videos which recently surfaced showing IS militants beheading Pakistani soldiers.”

Third, the withdrawal of US forces -- a process which began late last year -- provides an opportunity for a new group to organize itself as the country is handed over to Afghan security forces. However, reports have emerged that the US and Afghan President Ghani are in negotiation over revising the scheduled plan for withdrawal, which currently seeks to cut foreign troop numbers to 5500 by December.

In conclusion, reports of the Islamic State’s presence in Afghanistan -- especially after the Jalalabad attack -- are certainly overblown, with the Taliban holding sway. However, given the three factors outlined above, it would be prudent to take the threat of the Islamic State’s expansion into South Asia very, very seriously.