NEW DELHI: Three soldiers belonging to the United States-led International Security Assistance Force (ISAF) were killed and five wounded early Tuesday morning in a car bomb attack outside the US military base in Kabul. The base is a few hundred meters away from the US embassy in Kabul, in the crowded Massoud Circle area.

Sediq Sediqqi, spokesperson for the Afghan Interior Ministry added that 13 civilians were wounded and 17 cars damaged in the attack, which was claimed by the Afghan Taliban. Zabiullah Mujahid, a spokesperson for the Taliban, took to Twitter to take credit for the bombing, additionally praising the suicide bomber who carried it out. 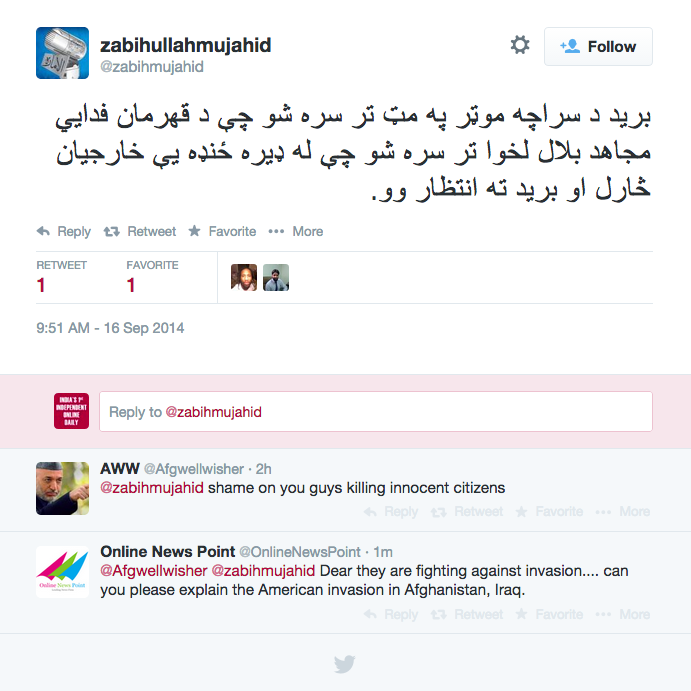 The attack comes as Afghanistan’s election commission completes an audit that will determine the country’s new President, bringing to an end a disputed run-off. The election has seen both candidates -- Abdullah Abdullah and Ashraf Ghani -- accusing the other of industrial scale fraud, with Abdullah pulling out of the audit process and declaring himself the winner.

The Taliban then got their second opportunity which happened to coincide with their spring offensive, with the second round of elections remaining inconclusive as preliminary results placed Ghani in the lead, and Abdullah raised allegations of widespread fraud as there was a huge surge in the votes for Ghani. Prior to the audit, initial results had shown that Ghani received 56 percent and Abdullah 43 percent of 8 million votes, which are up by more than 20 percent of voters from the first round of elections in April. The turnout itself is a measure of dispute regarding fraud, with Abdullah alleging the stuffing of ballot boxes with fraudulent votes and Ghani’s camp attributing it to more robust mobilization.

The hope of a unity deal -- brokered by US Secretary of State John Kerry following an internationally supervised audit of the votes cast -- have also diminished with Abdullah boycotting the audit process. The threat to pull out came as the process of invalidating fraudulent votes began. Abdullah’s key demand was that ballot boxes with 90 per cent votes for one candidate be invalidated. “The invalidation process is just a joke and there is no intention of throwing out fraudulent votes," Fazel Ahmad Manawi, Abdullah's chief auditor, told reporters in Kabul, according to Reuters.

As the elections remain inconclusive, the Taliban has continued its attacks, with recent attacks including a suicide bombing that killed Hashmat Khalil Karzai, cousin of soon-to-be former Afghan President Hamid Karzai and a powerful supporter of Ghani. Other recent attacks have included the shooting of 15 civilians, two Finnish relief workers, an attack on the Kabul airport, and one of the deadliest attacks since 2001 wherein a sports utility vehicle detonated in a busy market in Paktika province, eastern Afghanistan, killing 90 people.