Memes Have The 'Real' Story Of The Modi-Sharif Meet!

NEW DELHI: A 160 second meeting---TV channels wanting to make the most of it used the seconds and not the under three minutes tag---between Prime Ministers Narendra Modi and Nawaz Sharif has the media in both India and Pakistan delirious. The excitement in the television studios was best echoed by an Indian TV reporter in Paris as she followed Sharif flinging questions that basically sought answers whether the two leaders had ‘discussed’ Kashmir, No? Then what about Terrorism?

Newspapers and TV channels in both countries ran exclusive stories on the important exchange. The Times of India said “Climate Change? Modi, Sharif go into brief huddle in Paris.” Pakistan’s Express Tribune newspaper ran a report on the meeting headlined: “Fence Mending: Ice Melts as Nawaz, Modi shake hands.” “Modi Sharif meet overshadows Paris climate change talks,” declared India Today. None of the accounts, however, detailed what the two men spoke about -- because no one knows.

As media pundits and the chattering classes guessed -- terror, Kashmir, India-Pakistan talks being back on the table, the internet (and one publication in particular) had the best response to the meet. On a side note, The Citizen cautioned against making too much out of the short encounter; you can read it here.

Climate change puns aside, the meeting led to great jokes and memes on social media, with the iconic image of the two leaders shaking hands -- where PM Modi’s hand is resting above Sharif’s -- being accompanied by the caption: Modi has the upper hand. 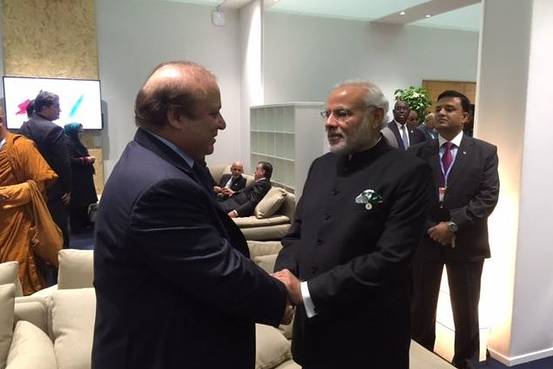 India had some fun too, with Amul releasing a cartoon of the two leaders sitting besides each other was titled “Global Warmth?” 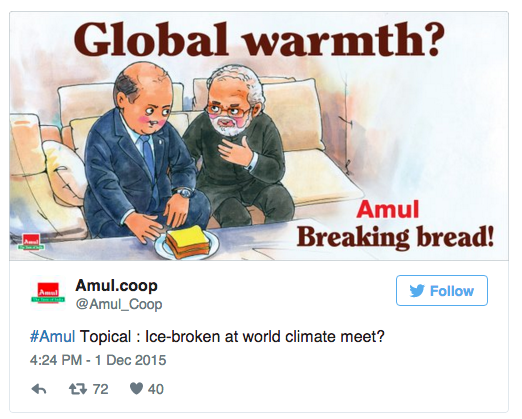 Social media users were not far behind. 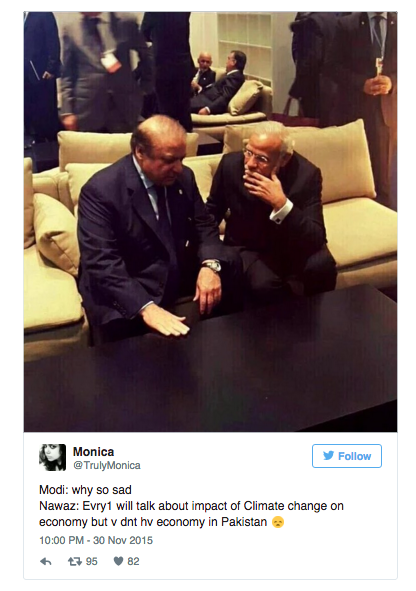 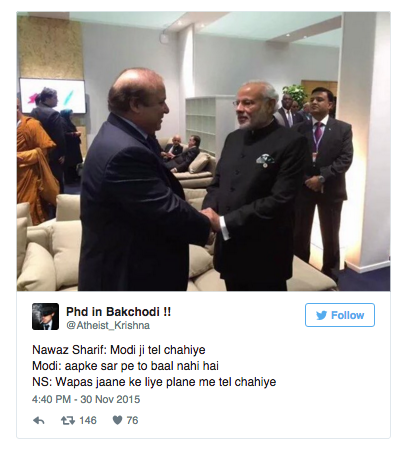