My Journey As A Pakistani Hindu

ISLAMABAD: When I went to the United States for a semester abroad, I was frequently asked a rather bothersome question, “How are you treated, being a minority in your country?” My answer has always been very simply, I am treated just like anyone else; one of their own.

For the last four years, I have been living with a Muslim family as a paying guest and I have never felt discriminated on the basis of my religion, or any other basis for that matter, in their home. The only form of prejudice I have ever faced is when I went to Islamabad for higher education. As I introduced myself in class, the mere mention of my name made the other students and teacher question if I was Indian. I couldn’t understand how they failed to know that the Pakistani population constituted 1.2% Hindus.

However, that wasn’t the last of it. During a cricket match between India and Pakistan, one that we were watching in class, and I was supporting the Pakistani team, much to the astonishment of some of my classmates. In fact, a friend of mine even asked why I was not supporting the Indian team. In that moment, I wish I had a Pakistani copy right patent next to my name, so I didn’t have to give any explanations. Did I have to support the Indian team simply because of my name or religion?

As far as my identity is concerned, there are many times that I have had to show my NADRA identity card to ensure people that I am a Pakistani, be it the local merchant or the traffic police. But I don’t believe a Muslim feels any differently in the US. I am sure s/he has to prove his/her identity as an American-Muslim too.

Unlike what everyone seems to think, for me, it has been a blessing to be born into a Hindu family in a Muslim state; I have been treated with nothing but respect, care and love. From schooling to university, I was always surrounded by Muslim friends. I have studied Islamiat like every other student in Pakistan, and furthermore, I was extremely appreciated by my teachers. I was the first Hindu to get admission in the Army Public School Chhor Cantonment in Mirpur Khas, Sindh. I remember the days when I used to fast during Ramazan as a respectful gesture to my Muslim friends. On the first day of my fast, the warden of the hostel offered me a seat near him and we opened our fast together. I also remember the days when I participated in Muharram procession in the small town of Dhoronaro. 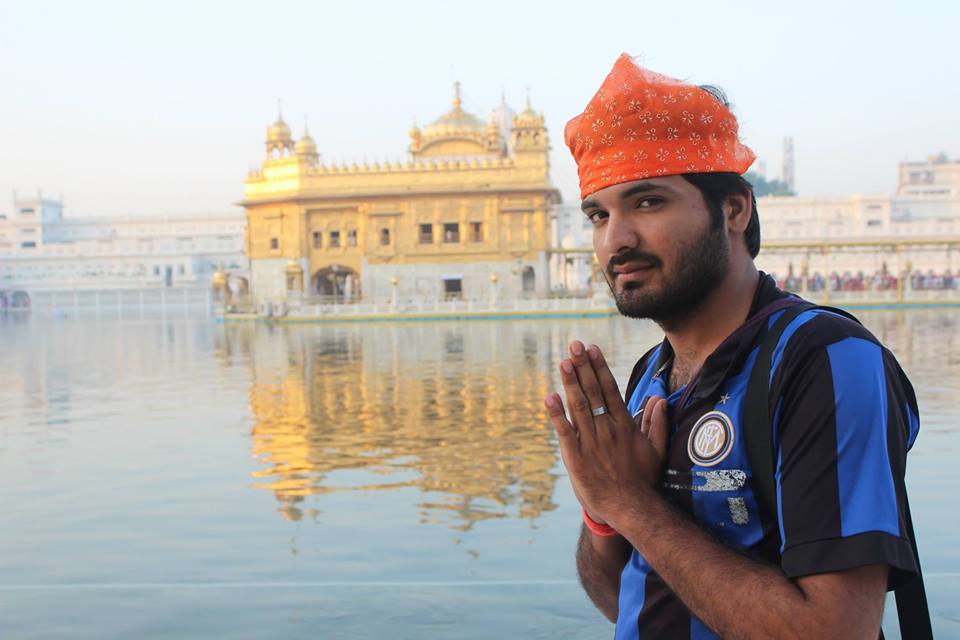 Even though the common notion is that minorities in Pakistan need to be pitied, I have never felt that way. Most of the blame I would set for such a deplorable reputation would be at the media; it has portrayed the situation of the minorities living in Pakistan as third-class citizens. Yet, I have never been treated anything remotely close to that. Last month, I travelled to India for the first time as I had to attend a conference in Chandigarh. Even though I was in a country that was home to millions belonging to the same religion and caste as me, I missed my country, my home, my identity and my people.

I won’t deny that I was bombarded with questions regarding the status of Hindus in Pakistan. But being a Pakistani Hindu, I was unbiased and precise with my answers. I told them that I have always felt like a star of my country and I feel safe, which is why I am as loyal as any Muslim in the country. Pakistan doesn’t just belong to Muslims; it belongs to all the residents of its soil. Furthermore, there is good and bad everywhere in the world, but one should stay positive and if it’s about the security, then the Muslims themselves are not safe either. So why single out a particular community based on what is being portrayed to the world?

I believe religion is not the cause of tension between us, as religion itself teaches us tolerance and coexistence. I have been sharing my religious festivals (Holi, Diwali, and Raksha bandhan) with my Muslims friends and I tend to participate in their festivals (Eidul Fitr) with the same zeal. I even took my friends to Katas Raj Temple, which is the national heritage, just so they realise that it doesn’t just belong to Hindus.

We are a happy family with different identities. As a nation, we share the same food, clothes, buildings, laws, and events. All these elements are what bring us together under the same umbrella, then why do we look for reasons to hate each other?

Besides, living here as Raj, my name has provided me quite a unique edge over everyone else; according to one of my female friends, my name is easy to remember (I believe I have Shahrukh Khan to thank for that), and makes me easy to fall in love with! Well, there we have it. I wouldn’t want it any other way. Surprised?

(Raj Kumar Gujar is from Umerkot, Sindh. He is working with PEAD Foundation (Peace Education and Development) in Islamabad. He is a social entrepreneur, runs a small home business to empower women through exhibiting their handicrafts in a big markets of Islamabad, Lahore and Karachi. He is also an educationist and runs a school back in his home town).

(This article was originally published by the author at: https://aaghazedosti.wordpress.com/2015/12/04/my-journey-as-a-pakistani-hindu/comment-page-1/#comment-649. It has not been independently verified).