A LOT MORE TO THE KARACHI LIT FEST THAN ANUPAM KHER

NEW DELHI: In India, the Karachi Literature Festival is (unfortunately) synonymous with a controversy involving actor Anupam Kher, who alleged that the Pakistani government denied him a visa to travel to partake in the three day festival. The Pakistani High Commissioner to India denied that Kher had been refused the necessary visa, following that up with a call to the actor and an assurance that a visa will be granted. Anupam Kher rejected the offer, saying that he had already “given away those dates.”

There is, however, a lot more to the festival than Anupam Kher’s attendance, although the promotion of people-to-people bilateral ties does form an integral part, with 18 actors from india, including Kher, having been invited to the festival.

The importance of the festival needs to be seen in the context of the city of Karachi, which is one the most violence ridden cities in Pakistan. Reported murders are in the region of 2,000 a year, with the real figure likely to be much higher. 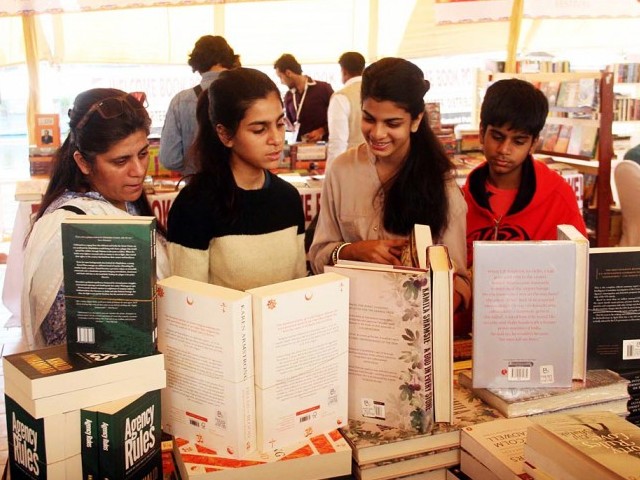 The numbers are all the more encouraging when we turn our attention to the recent history of Karachi, where more than 8000 people have died in the last five years in violence related to militancy, sectarian outfits and criminal gangs. In addition to militant and sectarian groups, Karachi is home to hundreds of gangs involved in organized crime. Lyari, an ancient town in Karachi, emerged as an epicentre of rival gang warfare with groups such as the Rehman Dakait Group, the Arshad Pappu Group, amongst others, operating in the area.

The activities of these outfits has led to the emergence of a volatile situation, threatening stability in a city that earns 60-70% of Pakistan’s national revenue. The expansion of militant groups also has political implications, with secular parties, especially the anti-Taliban Awami National Party (ANP) and the Muttahida Quami Movement (MQM), standing the most to lose. The most worrying aspect of the operations of militant, sectarian and criminal groups is the impact on civilian life, evinced by the numbers killed in violence-related incidents in the city.

The Pakistani government has claimed to take cognizance of the situation in Karachi, with Prime Minister Nawaz Sharif commending the Rangers and expressing a commitment to ongoing operations till peace and security are restored to the city. Other political parties and groups, including the Pakistan People’s Party (PPP), Awami National Party (ANP), Jamaat-e-Islami (JI) and Jamiat Ulema-e-Islam (JUF-F), have expressed their support for state-led targeted action.

However, government action has come under widespread criticism, with the Human Rights Commission of Pakistan (HRCP) stating that addressing the violence in the city does not appear to be a priority for the government. Analysts point to a systemic issue in Karachi: the fact that most stakeholders, including political parties, have ties to militant outfits operating in the city. The government’s dual action of targeted operations coupled with the willingness to engage in dialogue with militant groups has come under criticism as a strategy, with the government’s resolve to curb violence being questioned.

In this scenario, the brave organisers -- led by Ameena Saiyid and Asif Farrukhi in collaboration with Oxford University Press are working hard to change the face and reputation of Karachi. 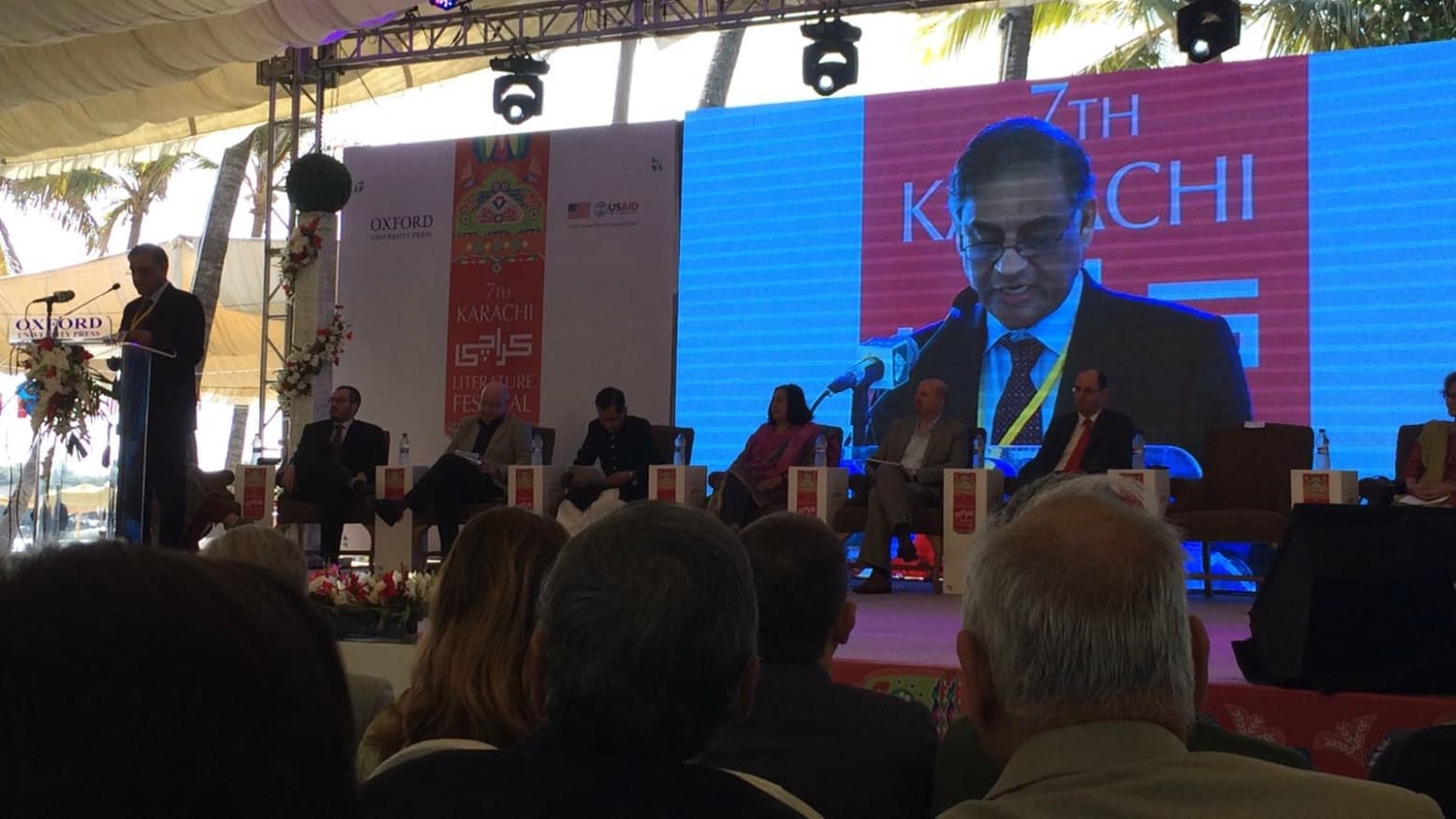 Imagine the security nightmare posed by such a volatile situation. As an article by author Alex Preston in The Guardian notes, “There are obvious security challenges in organising a literary festival in a country where people get killed for the things they write. Only a few months before my arrival, the dean of Islamic studies at Karachi University, Shakeel Auj, was assassinated for daring to suggest in one of his books that Muslim women ought, like their men, to be able to marry outside their religion. I ask Saiyed how she keeps her authors and audiences safe. “I must pay tribute to the Karachi police,” she says. “They help us a lot and particularly they supervise these waters.” She gestures to the brackish, mangrove-clogged creek. “There is an openness here which is potentially a threat, but it is all protected by boat patrols.” Saiyed also pays for a private security agency, whose guards carry absurdly large double-barrelled shotguns as they patrol the festival’s walkways.”

That said, the city of Karachi needs festivals like the KLF. As Hanif Kureishi in conversation with Susie Nicklin, said at the KLF in 2012: "I attend a lot of Festivals, but I have to say that this one's sense of urgency and the desire of people to speak about literature, about politics, about their country, about their country in relation to other people's countries -- has been particularly urgent and necessary here. I felt a real buzz and a real excitement in this place. And if I wonder -- as all writers do every day when they get up and sit at their desk -- if I wonder what the hell we're doing this for, when you actually come to a festival like this and meet readers and meet other writers, you get a real sense that writing is important and that writers matter..." Susie mentioned that Hanif had travelled back to Karachi after 25 years to attend the 3rd KLF in 2012.