NEW DELHI: The Tehreek-i-Taliban Pakistan- linked Jamaat-ul-Ahrar claimed responsibility for the suicide blast outside a park in Lahore on Sunday, where at least 65 people were killed and 300 injured. Ehsanullah Ehsan, a spokesperson for the faction said that “the target were Christians” -- as the blast targeted families celebrating Easter Sunday at Gulshan Iqbal Park. “We want to send this message to Prime Minister Nawaz Sharif that we have entered Lahore. He can do what he wants but he won’t be able to stop us. Our suicide bombers will continue these attacks.”

The attack was carried out by a suicide bomber who detonated explosives at the park’s parking lot, just a few meters away from the children’s swings. A majority of those killed and injured are women and children, Mustansar Feroz, superintendent of police for the area, told Reuters.

The attack brought the city of Lahore -- and with it much of Pakistan -- to a standstill, as the local government ordered all public parks to be closed and announced three days of mourning in the province. On social media, the hashtag #PrayForLahore was attached to messages of solidarity and peace. 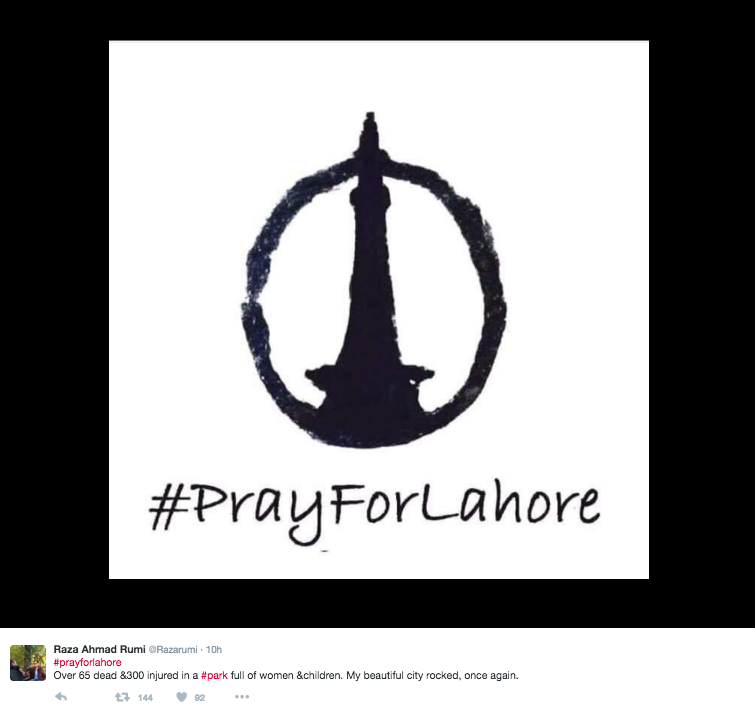 Several others, however, pointed to the discrepancy in the coverage and support accorded to Brussels -- which was hit by terror attacks just a week ago, and Lahore. Almost every world leader and public personality was quick to condemn the Brussels attack, whereas only a handful have commented on the Lahore attack.

The United States offered a condemnation through national Security Council spokesman Ned Price, but US President Obama -- who had issued a statement after the Brussels attack -- has thus far been tight lipped on Twitter, with his activity on social media showing him celebrating a “joyful Easter” with his family.

Further, iconic buildings that were changed to the colour of the Belgium flag in solidarity with Brussels -- remained their original colour. The Trevi fountain in Rome, Wembley in London, the EU Commission, the Eiffel Tower in France, Brandenburg gate in Berlin, Amsterdam’s Royal Palace, the city hall in Belgrade, Athens’ Parthenon, the world’s tallest building in Dubai, the World Trade Centre in New York -- to name a few -- all projected the Belgian flag on their walls. 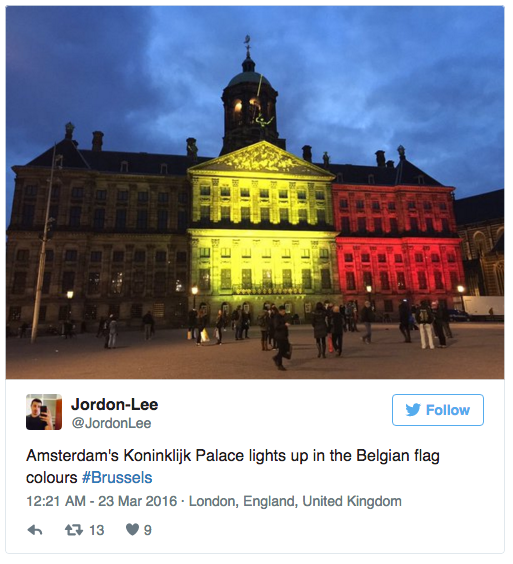 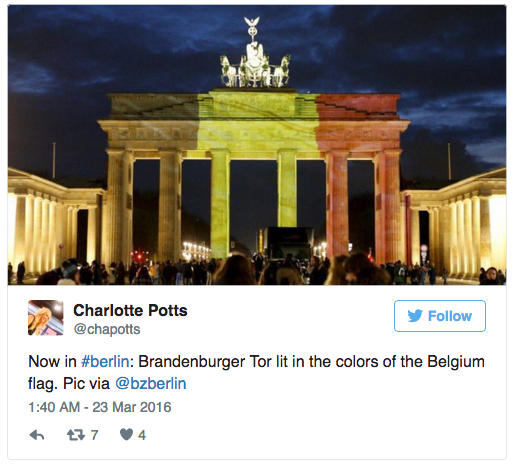 The Pakistan flag colours were nowhere to be seen.

Of the world leaders that did react to the Lahore bombings, Indian Prime Minister Narendra Modi said, “Heard about the blast in Lahore. I strongly condemn it. My condolences to families of the deceased & prayers with the injured.” 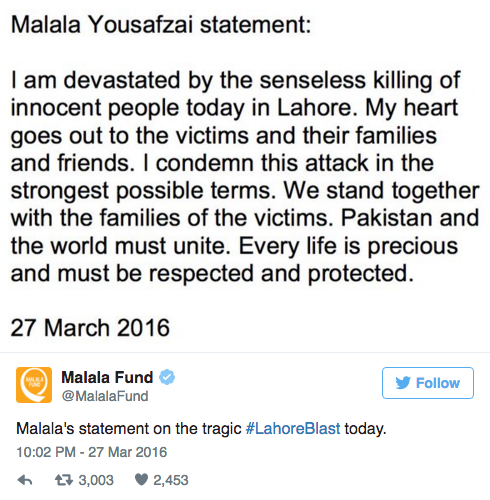