The attack injured an additional 250 people at Deh Mazang square where thousands of people from the minority Hazara community were protesting over a new power line, saying its route bypasses provinces where many of them live.

The Taliban condemned the attack. Spokesperson Zabiullah Mujaheed sent an e-mail to the media saying they were not behind it.

Nevertheless, Islamic State’s claim to be behind the attack needs to be taken with a pinch of salt. Although there are fighters that claim allegiance to the group, most of them are disenchanted Taliban fighters and their exact relationship with the parent group in Syria and Iraq remains unknown. Here’s an article that details the history of the Islamic State in Afghanistan.

As the death toll from Kabul’s attack rose, several people pointed to the discrepancy in coverage accorded to the Kabul attack and recent attacks in the West, including Munich, Nice, Paris and Brussels.

In Munich, nine people were killed in a shooting rampage at a busy shopping centre. The unidentified attacker was an 18-year-old German-Iranian who had lived in Munich for at least two years. The motive of the attack remains unclear.

The Eiffel tower lit up in colours of the German flag as tribute to the victims.

Similarly, following the brutal attack in Nice -- where a trucker killed at least 84 people by ploughing into those who had gathered to celebrate France's National Day in Nice -- monuments across the world changed colours to the French flag.

The attack in Kabul, however, elicited no such response. 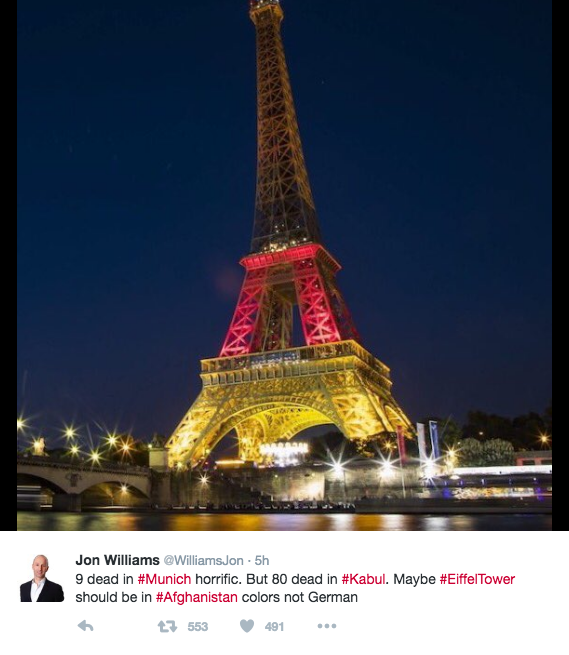 Several people commented on the discrepancy in world attention.

Several others wondered why Facebook - that has a ‘Safety Check’ feature, did not seem to activate it for Kabul.

Perhaps, in the end, this map sums it all up. 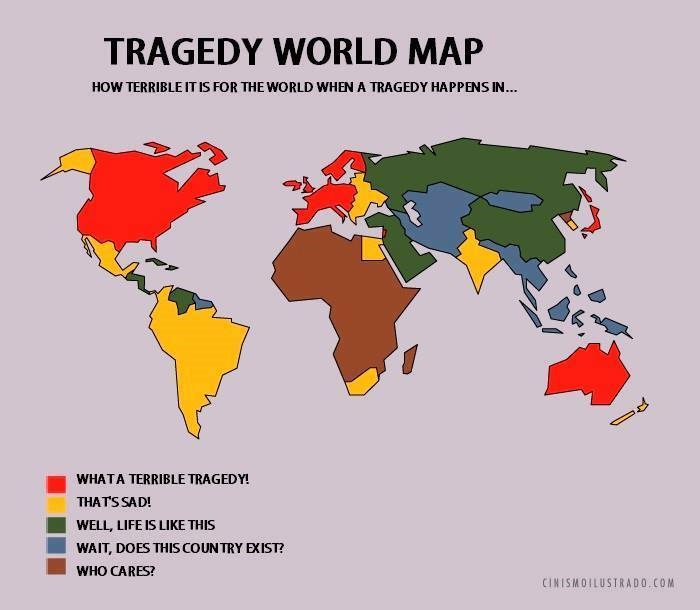