Weekend of 'Democracy' Around The World

Four countries went to the polls this weekend -- and this is what it looked like.

NEW DELHI: Brazil, Tunisia, Ukraine and Uruguay went to the polls this weekend. Dilma Rousseff was narrowly re-elected for another term in Brazil, following the closest Brazilian election in generations. In Tunisia, the well-organised Islamists were defeated by the Secular Party, following years of power after the Arab Spring. In Ukraine -- rattled by a division between the country’s east and west -- pro-western parties swept the parliamentary elections. Uruguay’s presidential election seemed set for a run-off, with ruling party candidate Tabaré Vázquez maintaining the upper hand.

In short, it was a strong weekend for democracy around the world, and this is what it looked like: 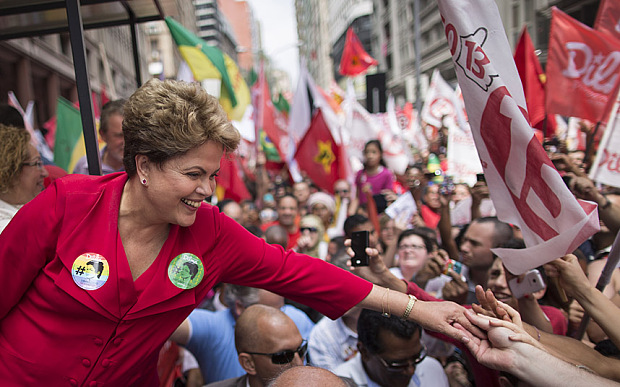 Dilma Rousseff was re-elected on Sunday, winning 51.6% of the valid votes cast in the closest fought election in the country in decades. Image via: The Telegraph 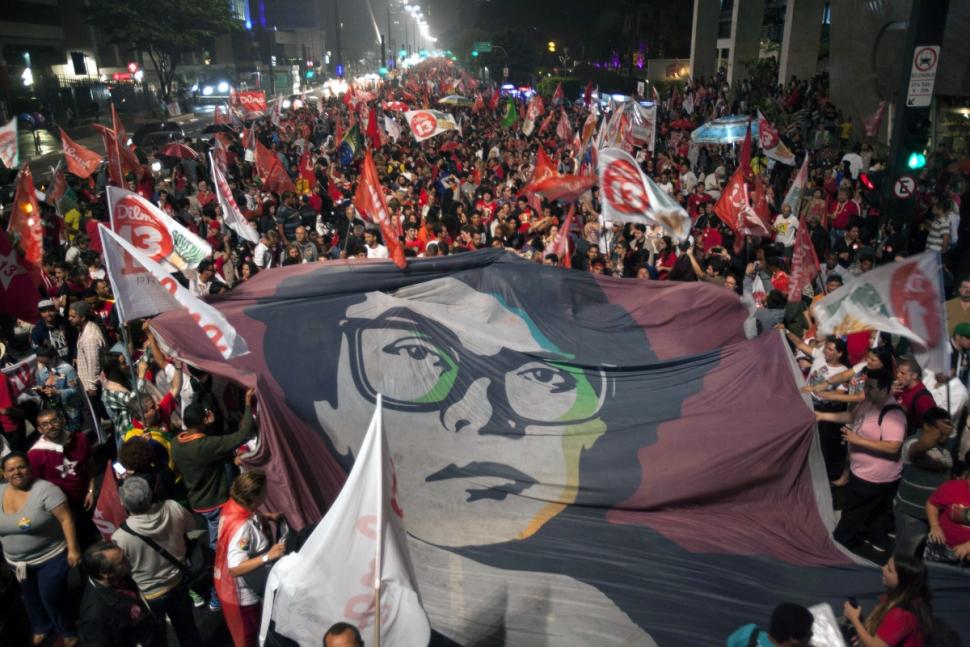 Brazilian Workers' Party voters celebrate Rousseff in Sao Paulo. The party has held the presidency in Brazil since 2003. Image via: NY Daily News 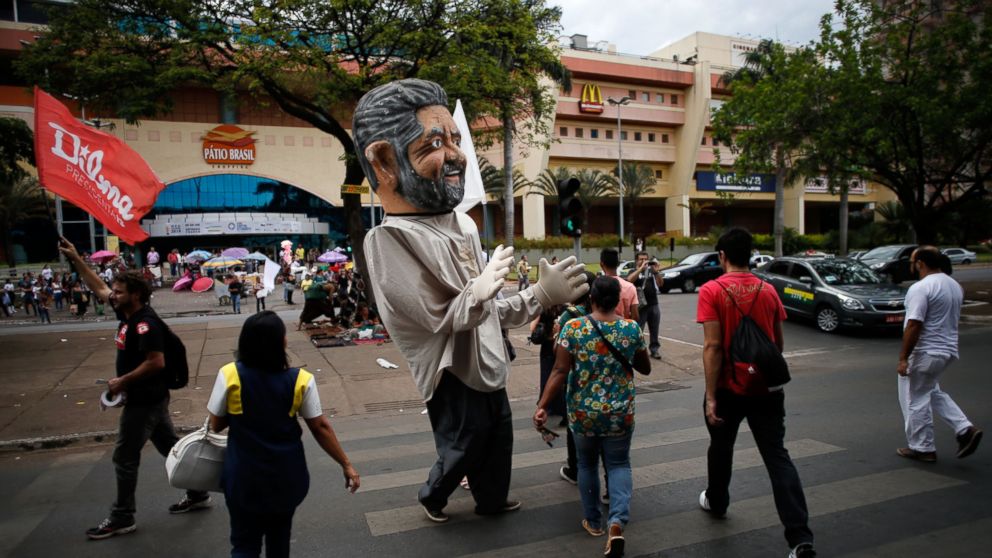 A giant puppet in the likeness of Brazil's former President Luiz Inacio Lula da Silva dances on the street in support of Rousseff. Image via: ABC News 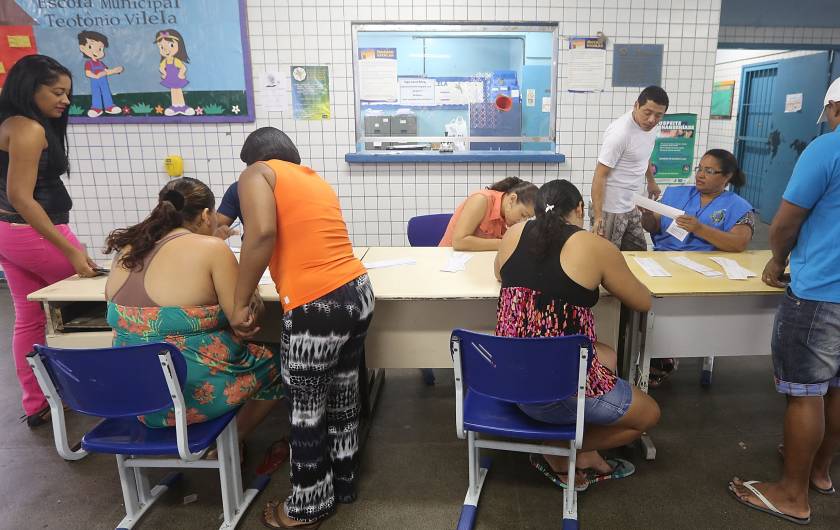 People gathered in a polling station in the Complexo da Mare 'favela,' or community, during presidential run-off elections on October 26, 2014 in Rio de Janeiro, Brazil. Image via: Mic 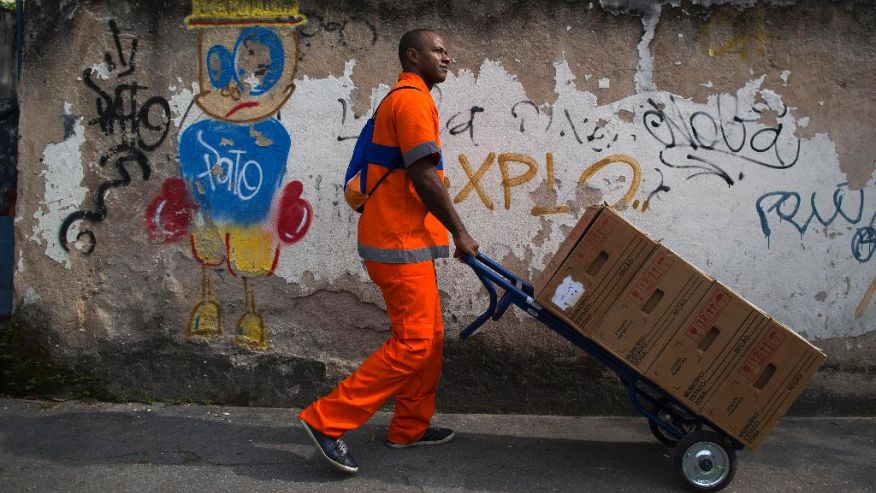 A city worker pushes boxes of electronic voting machines to a voting center ahead of the elections in Rio de Janeiro, Brazil. Image via: Fox News 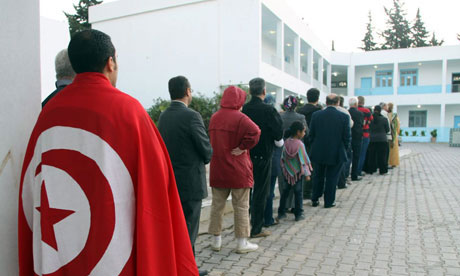 Voters, one draped in the national flag, queue up outside a polling station in Tunisia. Image via: The Guardian 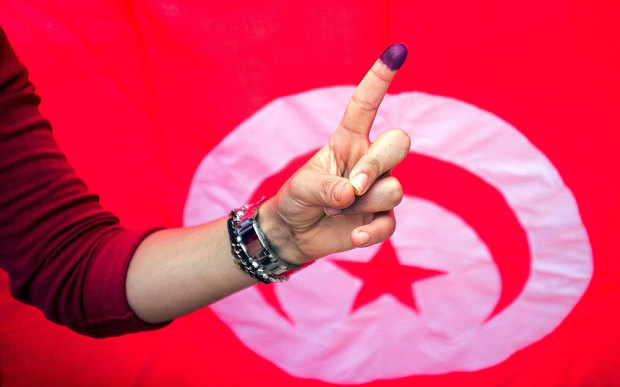 A Tunisian woman shows her ink stained finger after voting at a polling station. Image via: The Telegraph 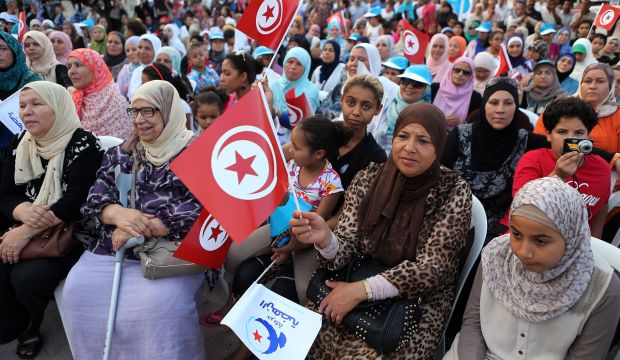 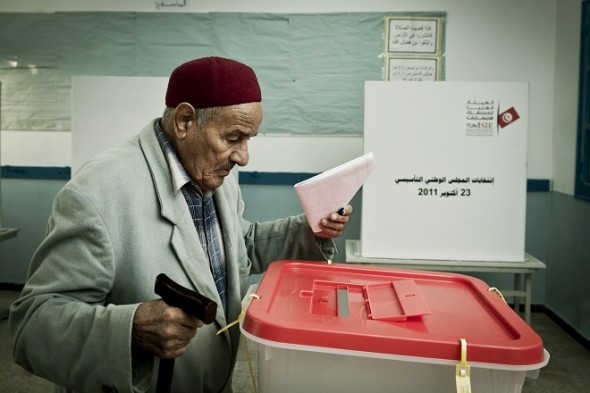 An old man casting his ballot. Image via: CMEC 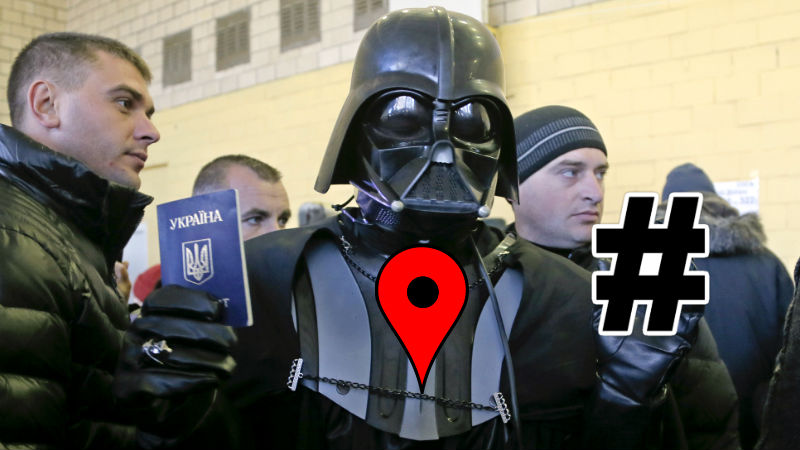 Darth Vader from the Internet Party of Ukraine voted on Sunday. Image via: Global Voices Online 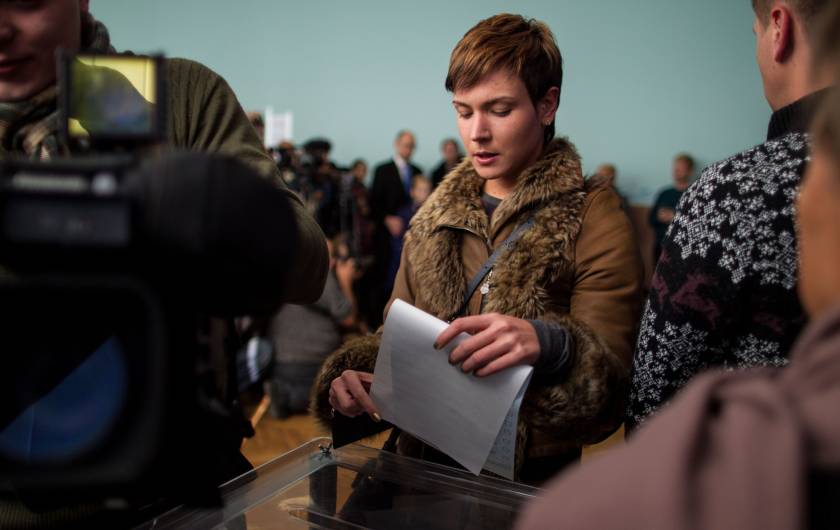 Ukrainian woman casts her ballot at a polling station during parliamentary elections on October 26, 2014 in Kiev, Ukraine. Image via: Mic 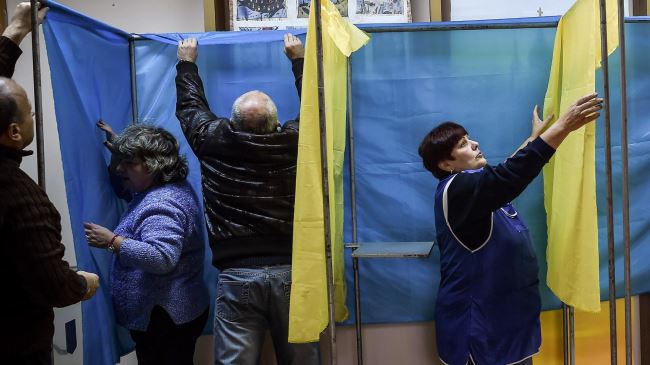 Election officials and school staff assemble a voting booth at a school on October 24, 2014, in Kiev, Ukraine. Image via: Press TV 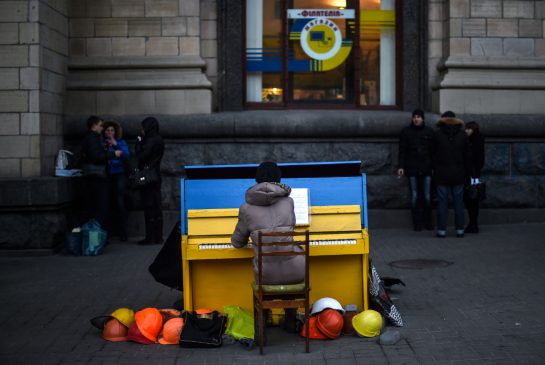 A woman plays a piano painted with the colours of the Ukrainian flag in Kyiv's Maidan Square on Friday. Image via: The Star 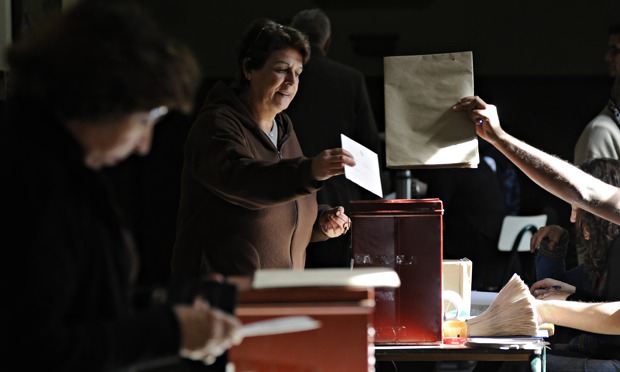 A Uruguayan woman casts her vote at a polling station in Montevideo. Image via: The Guardian 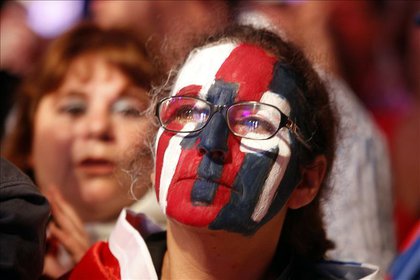 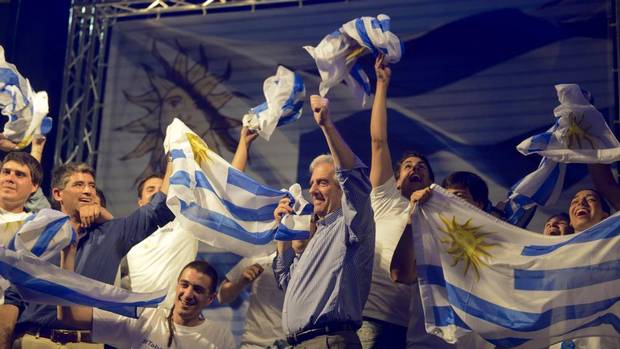 Presidential candidate for the ruling Broad Front party Tabare Vazquez waves the national flag. Image via: The Globe and Mail 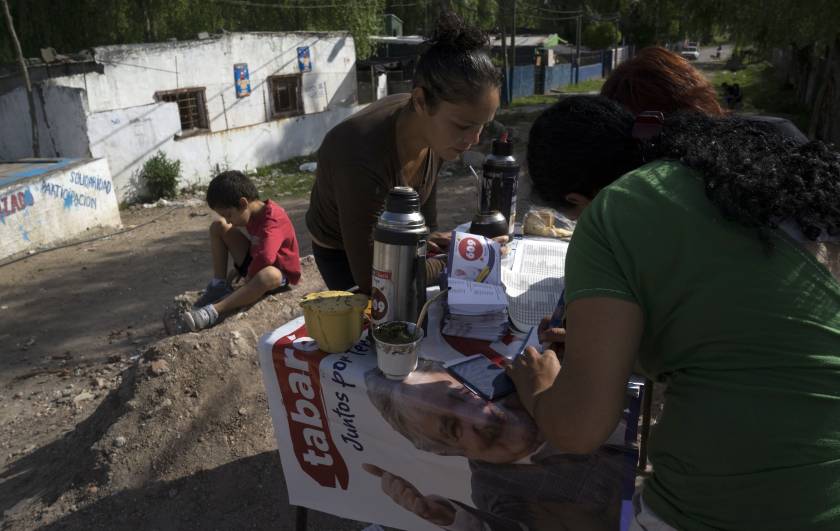