The New York Times report that Donald Trump Jr. met with a Russian lawyer last June in expectation of receiving damaging information on Democratic presidential candidate Hillary Clinton is a blow for a White House already saddled with sinking poll numbers and a stalled legislative agenda.

After a few weeks of political news dominated by the fate of the Senate health care bill and Trump’s trip to Europe, the Russia investigation has resurfaced with a vengeance.

1. What did Trump know about the meeting?

The meeting between Donald Trump Jr. and Russian lawyer Natalia Veselnitskaya occurred on June 9, 2016. Trump Jr.’s first explanation was the meeting only concerned U.S.-Russian adoption policies that had been disrupted by congressional approval of the Magnitsky Act, a law imposing sanctions on the Russian government and certain officials. In response, Russian president Vladimir Putin but the brakes on all American adoptions of Russian orphans.

When confronted with a second story saying Trump Jr. agreed to the meeting because Veselnitskaya had offered incriminating information on Clinton, the president’s son changed his tune. He admitted the subject had come up, but said Veselnitskaya offered no specifics, so he lost interest and the conversation returned to adoption.

Was the substance of the Russian offer relayed to his father? Donald Trump was at Trump Tower, the site of the meeting that day on June 9. He is known to have lunched with campaign manager Paul Manafort, who attended the meeting along with Jared Kushner, the president's son-in-law.

Keith Olbermann points out that it was the afternoon of June 9 when Trump sent out his first tweet about Clinton’s emails. 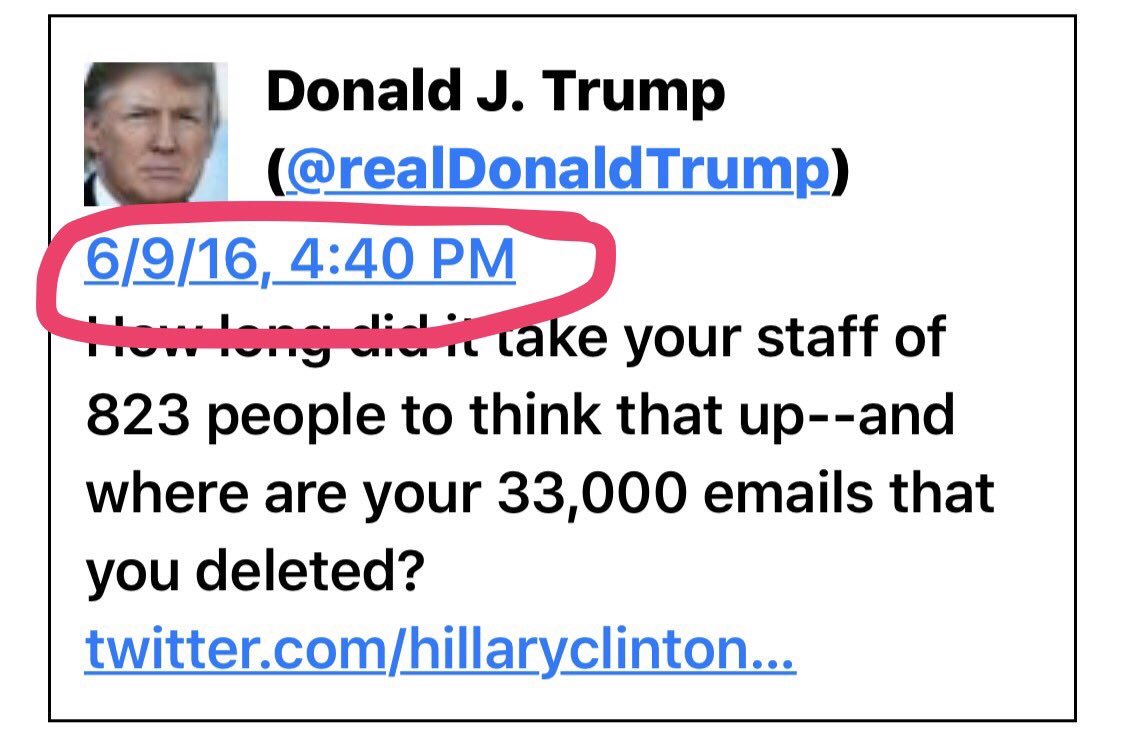 From Matt Taibbi on the left to Sean Hannity on the right, some pundits have complained that there is no evidence to support allegations of collusion between the Trump campaign and Russian officials.

Yes, there were meetings, these critics say. Yes, they were unusual and perhaps even improper. Yes, the Trump campaign denied the meetings and then admitted them. But nothing about the meetings points to collusion—meaning “secret cooperation”—to influence the 2016 election.

Left or right, that argument is now much less credible.

If the June 9 discussion covered the Magnitsky Act, which Putin wanted repealed, and damaging information about Clinton, which Trump wanted revealed, then one has to wonder if there was a meeting of the minds, a quid pro quo, an exchange of favors in which the two sides agreed to secretly help the other. In a word, if there was collusion.

“If this story is true, we’d have one of them if not both of them in custody by now, and we’d be asking them a lot of questions,” Painter told MSNBC

A close reading of the Times story about the June 9 meeting indicates that Paul Manafort is talking to investigators about previously undisclosed meetings between the Trump campaign and the Russians.

Manafort, the Times reports, “recently disclosed the meeting, and Donald Trump Jr.’s role in organizing it, to congressional investigators who had questions about his foreign contacts, according to people familiar with the events.”

Manafort, a political consultant who recently acknowledged his consulting firm received $19 million from pro-Putin forces in Ukraine, ran Trump's campaign from May to August 2016.

Last month, Nancy LeTourneau of the Washington Monthly made the case that Manafort has already turned state’s witness. The Times' story lends credence to that theory.

During the Watergate scandal of the 1970s that brought down President Richard Nixon, adviser John Ehrlichman suggested the president respond to a round of damaging revelations with what he called a “modified limited hangout." This is the “strategy of mixing partial admissions with misinformation and resistance to further investigation.”

The Trump White House is now in modified limited hangout mode. The Times story did not come from the president's enemies or anonymous sources in the intelligence community. It was attributed to “three advisers to the White House briefed on the meeting and two others with knowledge of it.”

Unable to deny the substance of the story of the June 9 meeting, all the president’s men are confirming it, the better to assert that the president was not involved.

“My father knew nothing of these meetings and these events,” Trump Jr. said in a statement.

What Manafort has to say about his June 9 meetings with the Russian lawyer and with Trump is not known—yet.

As the “no evidence of collusion” argument collapses, the president’s allies are retreating to a new line of defense: collusion is not a crime. Hannity started offering this argument last week, as did Fox News anchor Brit Hume.

“Can anybody identify the crime?” Hume said. “Collusion, while it would be obviously alarming and highly inappropriate for the Trump campaign, of which there is no evidence by the way, of colluding with the Russians. It's not a crime."

The argument is not legally implausible. Secret cooperation with a foreign government isn’t, by itself, a violation of the law. But the changing defense is a sign that the president’s case is failing factually.

Until now the Russian investigation has illuminated the curious actions of Trump’s outer ring of advisers.

Michael Flynn, the fired national security adviser, lied about his conversations with Sergey Kislyak, the Russian ambassador to the United States. Attorney General Jeff Sessions failed to disclose his own meetings with Russian officials during the campaign. Trump’s son-in-law Jared Kushner failed to disclose meetings with Russians after the election when applying for a security clearance.

Now that the scandal has touched Trump’s son, his own flesh and blood, the Russia investigation has drawn blood for the first time.

(This article has been made possible by the readers and supporters of AlterNet. It first appeared here)