This came a day after The Electronic Intifada published an exposé of Ivri’s long record of extreme anti-Palestinian racism.

In posts on Twitter, Ivri has called on Israel to kill “1,000 Arabs” for every Israeli who dies in conflict-related violence and has urged that Israel “wipe out Gaza.”

He denies the existence of Palestinians as a people and has urged Israel to expel them so it can become the “sovereign” in the occupied West Bank and Gaza Strip.

“We decided to stop promoting a video on EU-Israel cooperation,” the EU embassy stated on Twitter on Friday. “We want no doubts that anything we do promotes the values the EU stands for.”

The video “was meant to showcase cooperation between EU and Israel, we do not want anything to distract from this important message,” the embassy added. 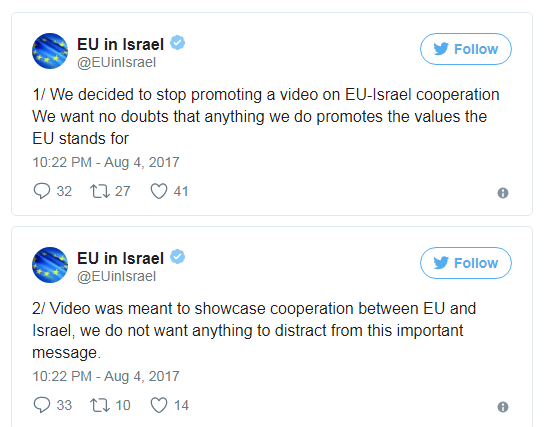 An email to The Electronic Intifada from a spokesperson at the EU embassy in Tel Aviv contained a similar message. The spokesperson added: “The personal and political views held by Mr. Ivri, some of which [are] clearly at odds with the positions and the values of the European Union, are of course his own and do not engage the EU in any way.”

Despite removing the video, the EU has failed to condemn Ivri’s genocidal incitement against Palestinians and has remained silent about how and why it hired him in the first place.

It has offered no apology and accepted no responsibility for partnering with him.

The EU’s gentle distancing of itself from Ivri stands in marked contrast to its high-profile cooperation with Israel that is supposedly aimed at cracking down on “online incitement” and criticism of Israel, which it conflates with anti-Semitism. 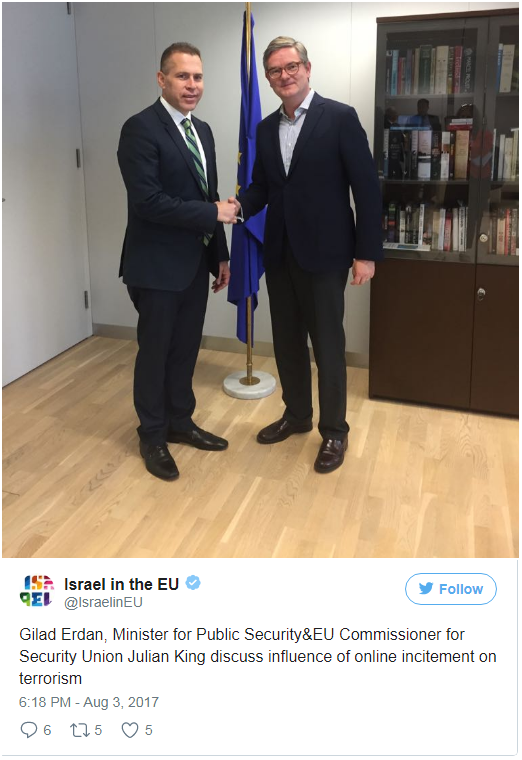 Since The Electronic Intifada published the exposé of Ivri, many social media users in Europe have expressed outrage that the EU hired a genocidal racist to star in an official video.

The removal of the video is a clear sign EU bureaucrats can hear their indignation. Here are some of them: 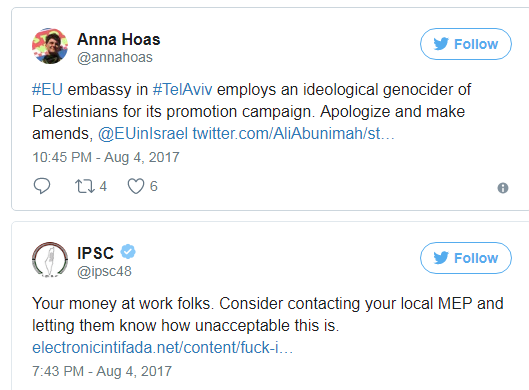 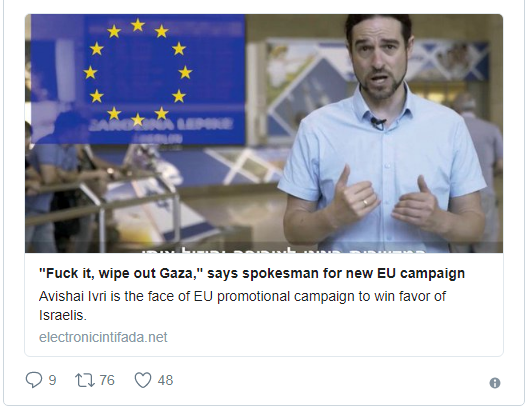 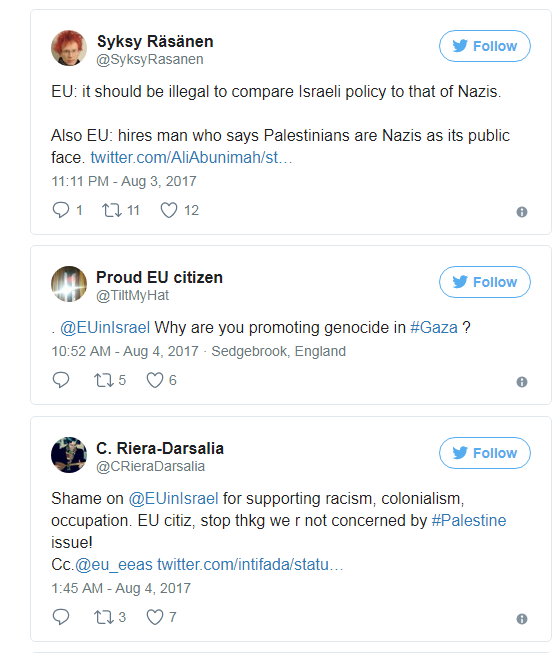 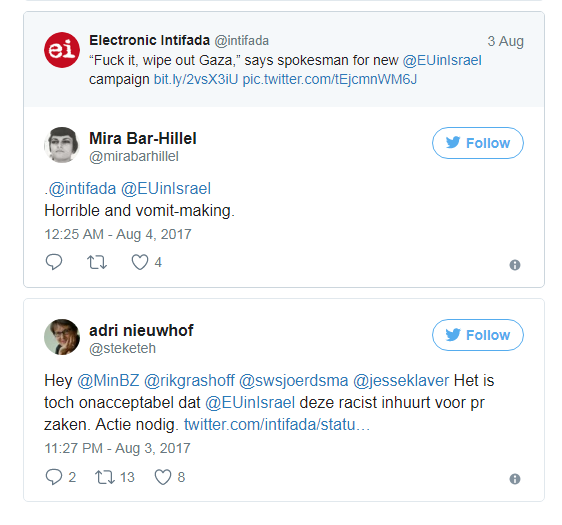