What could be a reminiscent of the things to come, on November 11, 60,000 extreme right nationalists marched on the street of Warsaw, Poland to celebrate the country’s Independence day, throwing red-smoke bombs and carrying banners - ”White Europe of brotherly nations”, “Pure Poland, White Poland”, “Pray for Islamic holocaust” , and “Refugees Go Out”.

The march was organised by the far-right groups, that have been active in parts of Europe. Poland has witnessed other parades like this in the past, but this year’s was much bigger and more alarming with an aggressive tone and tenor. Especially given the sensitive political situation in the country.

“It was a beautiful sight,” Poland’s Iterior minister, Mariusz B?aszczak, said. “We are proud that so many Poles have decided to take part in a celebration connected to the Independence Day holiday.”

The world watched in horror this assertion of right wing intolerance in Poland. A smaller counter protest by an fascist movement was also held but both groups were kept apart by the organisers and the police to prevent violence. Despite this media reports record at least one incident where the nationalists pushed and kicked women chanting anti-fascism slogans and carrying “Stop Fascism” banners.

Video - Thousands gathered in central Warsaw on Nov. 11 for a march organized by radical far-right groups. The march coincided with Poland’s independence day. 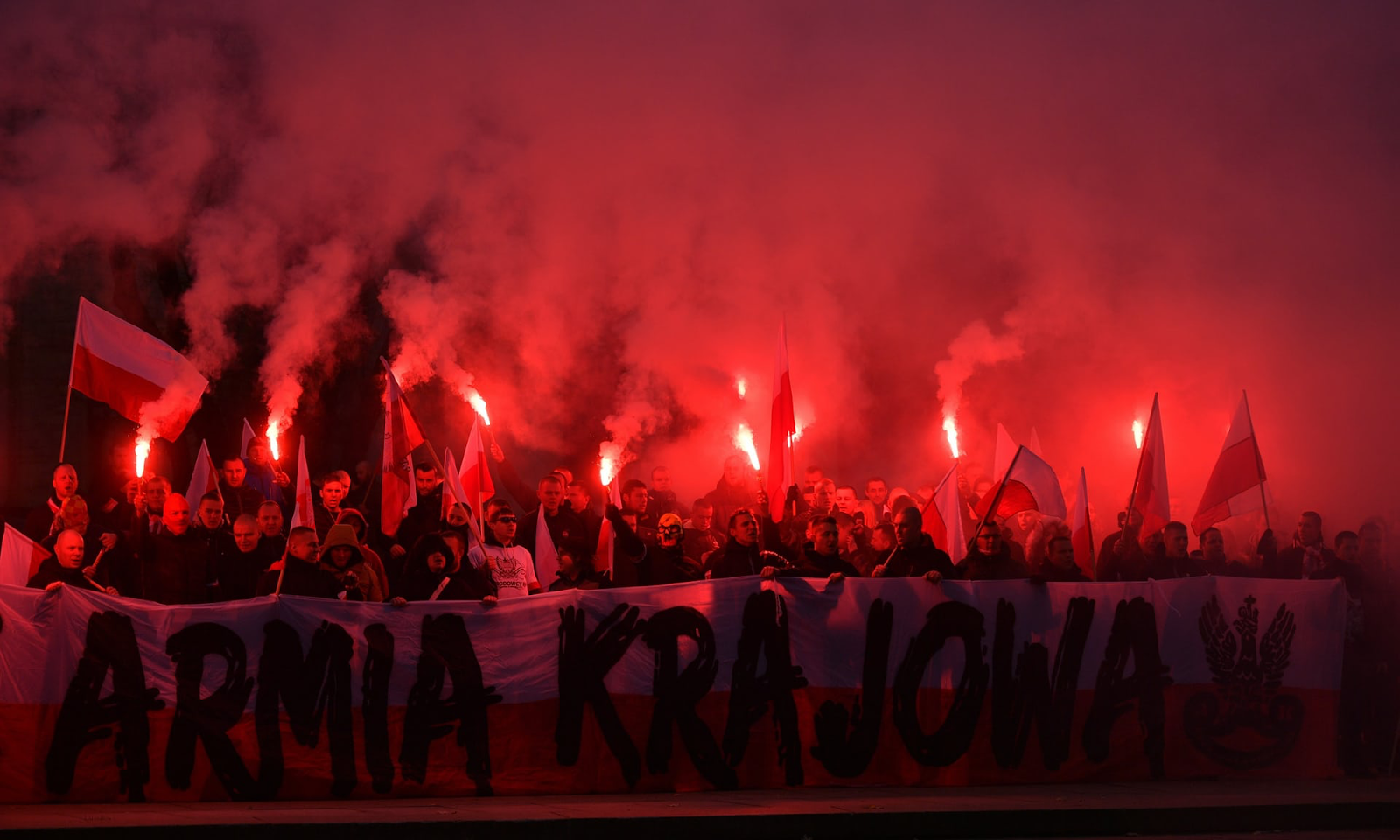