Florida School Shooting: How 'Mental Health' Is Used To Obfuscate The Need For Gun Control

The United States has more privately owned firearms than people.

NEW DELHI: 19 year old Nicholas Jacob Cruz has been arrested after confessing to a school shooting in Parkland, Florida, where 17 people were killed. Cruz fired over 100 shots as he entered the premises of Marjory Stoneman Douglas High School on Wednesday. The attack was the deadliest school shooting since the 2012 Sandy Hook massacre that killed 26 people.

It is also the 18th school shooting in the United States in the year 2018, spanning just 45 days.

The gun used by Cruz in the shooting -- an AR-15 -- was purchased legally by the 19 year old at Sunrise Tactical Supply, in a strip mall in Coral Springs. The legal age for gun purchase and ownership in the US is 18, with the right to keep and bear arms protected as a fundamental right through a second amendment to the United States Constitution.

So powerful is the gun lobby in the country that repeated mass shootings have done little in the way of gun control, with the discourse post such tragedies inevitably centering on the issue of ‘mental health’, especially if the perpetrator is a white American male.

United States President Donald Trump didn’t even so much as mention guns and gun control in his address following the shooting. “We are committed to working with state and local leaders to help secure our schools and tackle the difficult issue of mental health.” Trump said in a statement delivered about 20 hours after the horrific incident.

Trump’s speech was from the official playbook on mass violence in the United States. If the perpetrator is Muslim, the rhetoric is more often than not within the discourse of terrorism. When mass shootings are carried out by white American males, the playbook brings into focus the issue of ‘mental health’ and aims to bring culpability down to the individual level, rather than examine social and political factors.

While mental health is certainly a factor, and one that needs attention in all forms of violence (and not just in violence perpetrated by white American males), the glaring need to discuss gun control is obfuscated by the narrative that emerges.

The United States is home to nearly half of the world’s civilian owned guns, and only 4.4 percent of its population. In fact, there are more privately-held firearms than people in the United States.

This kind of gun density has translated into the highest gun homicide rate in the developed word, with 29.7 homicides by firearm per 1 million people in the United States. 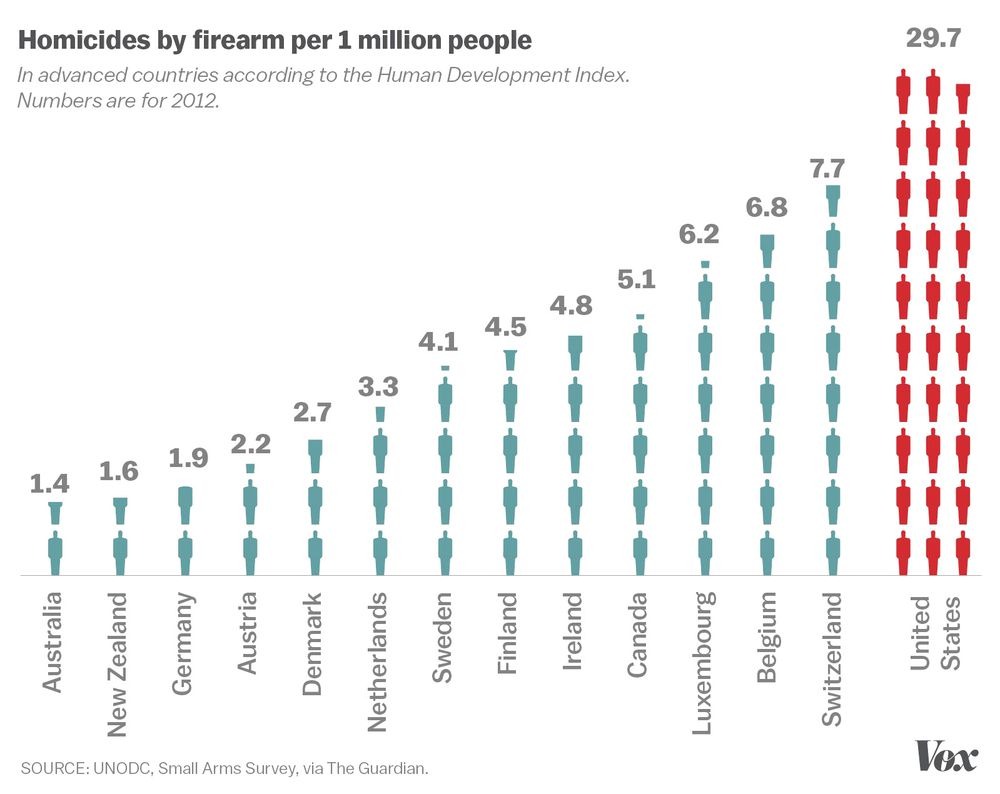 Despite the obvious correlation, gun control remains a politically taboo subject, with Donald Trump steering clear of the debate in the wake of several tragedies during his presidency. After the Las Vegas shooting, Trump called the gunman “demented” and a “very sick individual” -- very much in line with the theme of individual culpability. In 2017, after a shooting at a Texas church killed 26, Trump went as far as to say “this isn’t a guns situation” and that “mental health” was the problem.

The President has even publicly told the National Rifle Association that he was their “friend and champion.” He also signed a resolution passed by the Republican-led Congress blocking an Obama-era rule designed to keep guns out of the hands of certain mentally disabled people.

In the wake of the Florida School Shooting, Trump has ignored questions relating to the need for gun control. Prior to his speech, he took to Twitter and almost seemed to blame the victims in a series of badly worded tweets. "So many signs that the Florida shooter was mentally disturbed, even expelled from school for bad and erratic behavior. Neighbors and classmates knew he was a big problem. Must always report such instances to authorities, again and again!" Trump tweeted. 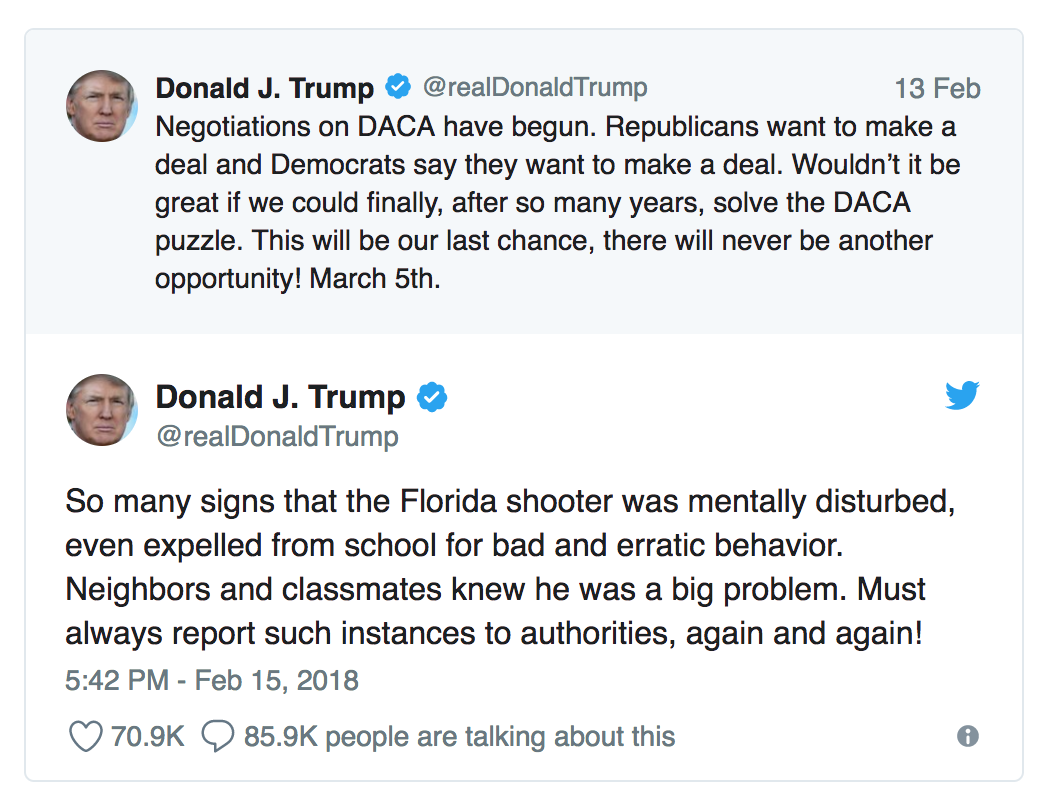 Violence is never traced to a single factor. In the case of Cruz, the loss of his adoptive mother, difficult childhood, pressures in school and society and resulting mental health were quite possibly significant factors. But so was his ability to walk into a store and legally purchase a gun -- no questions asked.