'Either We Topple the System or it Will Crush Us!': French Radicals

France on the brink

Things are rapidly hotting up in France. The Gilets Jaunes or Yellow Vests (Yellow Jackets, EIE) movement, which started as a protest of hard-up working people against spiralling petrol prices, has transformed itself into a full-on uprising against the neoliberal regime of President Emmanuel Macron.

Note: Enough is Enough is not organizing any of these events, we are publishing this text for people across the US and Europe to be able to see what is going on and for documentation only.

Here we (Winter Oak) offer a slightly-rushed translation of a significant article published earlier today on the lundi.am website, which is close to the Invisible Committee, authors of The Coming Insurrection.

Contrary to all that we’ve been hearing, the mystery is not that we are rising up but that we haven’t done so before. The abnormality isn’t in what we are doing now, but in what we have put up with so far. Who can deny that the system has failed on all accounts? Who still wants to be fleeced, robbed, reduced to precarity for nothing? Who is going to shed any tears over the fact that posh areas of Paris are being looted by the poor or that the bourgeoisie have seen their shiny new 4X4s go up in flames? As for Macron, he should stop complaining since it was him that suggested we come and see him. A State cannot claim to draw legitimacy from the corpse of a “glorious revolution” only to moan about vandalism when a revolution gets underway.

The situation is simple: the people want the system to fall. The system intends to keep going. This defines the situation as insurrectional, as the police themselves are now admitting. The people have numbers, courage, joy, intelligence and naivety. The state has the army, the police, the media, cunning and the fears of the bourgeoisie. Since November 17, the people have used two complementary levers: blocking the economy and the assault carried out every Saturday against the administrative centre of Paris. These levers are complementary because the economy is the reality of the system, while the government is the symbolic representation. To really bring the system down, both of these must be attacked. This applies to Paris as to the rest of the country: setting fire to a local préfecture and marching on the centre of power are one and the same gesture.

Every Saturday since November 17 in Paris, the people have been magnetized by the same objective: marching on the government’s inner sanctuaries. From Saturday to Saturday the difference consists firstly of the enormous increase in the police numbers deployed to prevent the march and secondly the accumulation of experience from the failure of the previous Saturday. If there were lots more people wearing swimming goggles and gas masks this Saturday, it was not because “groups of organised thugs” had “infiltrated the demo” but simply because the people had been extensively gassed the previous week and drew from that the conclusions that anyone with any sense would have drawn: come equipped next time around. In any case, this is not about a demonstration but an uprising. 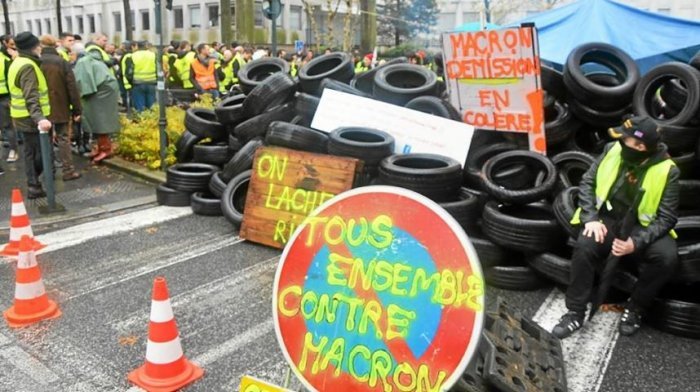 If tens of thousands of people invaded the central Parisian area of Tuileries-Saint Lazare-Étoile-Trocadéro, it wasn’t because of a strategy of harassment decided by certain groups but because of people’s collective tactical intelligence in the face of the police deployment stopping them from reaching their goal. Blaming the “ultra-left” for this attempted uprising doesn’t fool anyone: if the ultra-left had been capable of driving construction machinery to charge the police lines or destroy motorway toll booths, we would have known about it; if it had been so numerous, so likeable, so courageous, we would have known about it. With its essentially identity-based concerns, this “ultra-left” is deeply embarrassed by the impurity of the gilets jaunes movement; the truth is that it doesn’t know which way to turn, that it has a bourgeois-like fear of compromising itself by mingling with this crowd that doesn’t in with any of its categories.

As for the “ultra-right” it has been sandwiched between its supposed means and ends: it promotes disorder while claiming to want order, it throws stones at the national police while declaring its love for the police and the nation, it wants to cut off the head of the republican monarch through love of a non-existent king. On all these matters, we are going to leave the Minister of the Interior to his ridiculous ravings. It isn’t the radicals who make the movement, it’s the movement that radicalises people. Who could believe that they are thinking about imposing a state of emergency against a handful of hooligans?

Those who do insurrections by half are only digging their own graves. At the point we are at, with today’s means of repression, either we topple the system or it will crush us. It would be a serious error of judgement to underestimate this government’s level of radicalisation. Anyone who sets themselves up, in the days ahead, as a mediator between the people and the government will be torn to pieces: nobody wants to be represented any more, we are all big enough to speak for ourselves, to notice who is trying to us calm us down, who is trying to recuperate us. And even if the government takes a step backwards, it will only be proving that we are right to have done what we have done, that our methods are the right ones.

Next week will therefore be decisive: either even more of us manage to stop the economic machine by blocking ports, refineries, stations, distribution centres etc, by really taking the government’s inner sanctuaries and its regional offices next Saturday, or we are lost. Next Saturday, the marches for the climate, which start from the principle that those who led us into this catastrophe aren’t going to get us out of it, have no reason not to join us in the streets. We are a hair’s breadth away from the breakdown of the machinery of government. Either we succeed in the coming months to bring about the necessary change of course, or the coming apocalypse will be twice as heavy, with a clamp-down on a scale scarcely hinted at so far on social media. 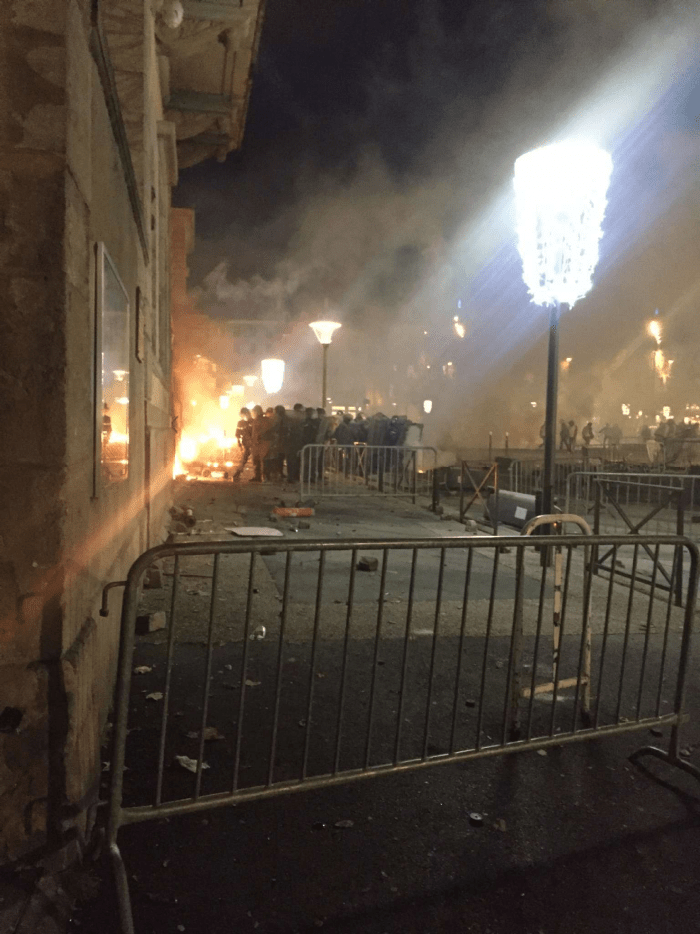 The question is therefore: what does it actually mean to bring down the system? It is clear that it doesn’t mean electing new representatives because the failure of the current régime is also the failure of the system of representation. Bringing down the system means taking over locally, community by community, the entire physical and symbolic organisation of life, for it is precisely the current organisation of life that is in question, that is itself the catastrophe.

We mustn’t be afraid of the unknown: millions of people have never been seen to let themselves die of starvation. Just as we are all capable of organising ourselves horizontally to block roads, so we are capable of organising ourselves for a more sensible way of living. Just as it is locally that the revolt is being organised; so it is locally that the solutions will be found. The “national” level is only the echo of local initiatives.

We are fed up with having to count every penny. The rule of the economy is the rule of misery because it is the rule of calculation. What is beautiful on the road blocks, in the streets, in everything we have been doing these past three weeks, and which means that in a way we have already won, is that we have stopped counting because we have started to count on each other. When the issue is one of communal salvation, the question of the legal ownership of life’s infrastucture becomes a detail. The difference between the people and those who govern them is that the people aren’t a bunch of wankers. 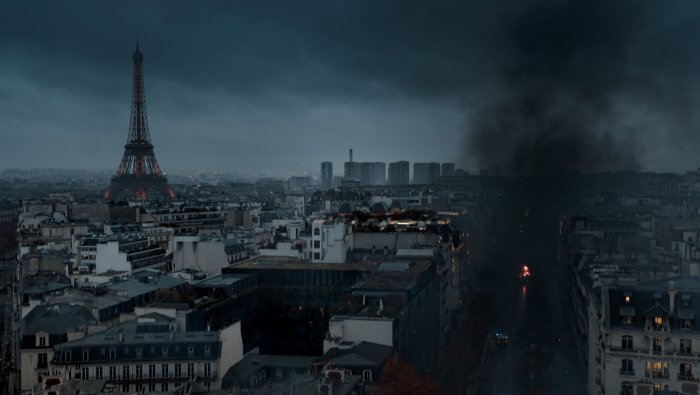