An Ecosystem of Punditry and Reportage That Has Normalised Islamophobia

In the aftermath of a white supremacist terror attack in New Zealand on Friday, President Trump offered his “warmest sympathy" and “solidarity” with the victims, their families and compatriots. And then he moved on to his next political tweet.

The Australian-born suspect, Brenton Harrison Tarrant, killed at least 50 people in two mosques in the city of Christchurch before being apprehended by authorities. On social media and in a 74-page manifesto circulated online, he made clear that his attacks were fueled by hatred of Muslim migrants, whom he described as invaders threatening the demographic integrity of a white nation.

Like other ethno-nationalists in the West, he imagined himself as part of a broader warped history, inscribing on his weaponry the names of medieval warriors of Christendom who fought the armies of Islamic empires.

When Trump asked New Zealand Prime Minister Jacinda Ardern how he could help, she reportedly suggested he offer his “sympathy and love for all Muslim communities.” But the U.S. president spent the weekend on Twitter once more decrying immigrant “invaders” and defending a Fox News host who had just been suspended for Islamophobic remarks.

At no point did he communicate any wider empathy for Muslims around the world or explicitly condemn white supremacy. Two days after the slaughter in Christchurch, Trump had yet to speak with his ambassador in Wellington. 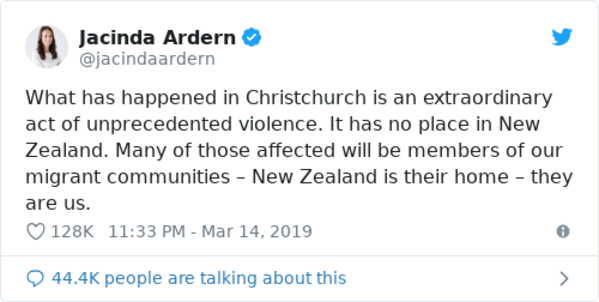 This weekend, rather than focusing on the global rise of white nationalist militancy, Trump and his lieutenants downplayed its threat. Mick Mulvaney, the acting White House chief of staff, was even compelled to atone on national television: “The president is not a white supremacist,” he insisted. But too often in these instances, Trump’s dismissals and disavowals ring hollow.

Not for nothing did Tarrant hail Trump in his bigoted manifesto “as a symbol of white identity and renewed purpose.” Trump built his political career in part by weaponizing anti-Muslim sentiment in the West, promising sweeping bans against Muslims, grandstanding against Syrian refugees, and winking encouragement toward domestic extremists on the far right.

Trump is not to blame for the tragedy in Christchurch. But, as an editorial in The Washington Post noted, there isn’t much daylight between the “garden-variety racism” of Tarrant’s manifesto and the far-right nativism at times espoused by Trump and his advisers.

My colleagues pointed to the particular emphasis Tarrant seemed to place on the “great replacement” theory, a belief popular among the West’s far right that white populations face “genocide” as a result of declining birthrates and mass immigration. In his manifesto, Tarrant pointed to the formative impact of a trip to France in 2017, where he was disturbed by the number of Muslims he saw in a midsize French town.

“As I sat there in the parking lot, in my rental car, I watched a stream of the invaders walk through the shopping centre’s front doors,” Tarrant wrote. “For every French man or woman there was double the number of invaders. I had seen enough, and in anger, drove out of the town, refusing to stay any longer in the cursed place and headed on to the next town.” 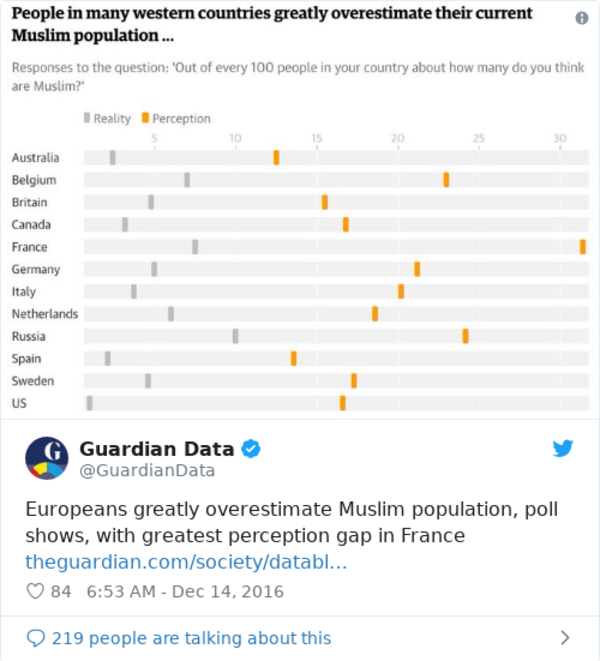 Though immigration levels have dropped significantly in Europe since 2015 — and though Muslims are a small minority in virtually every European country — this belief remains a virulent mobilizer of the European far right and has spread in various forms both across the Atlantic and to the Antipodes.

Reynaud Camus, the polemicist whose thesis in his 2012 book “The Great Replacement” almost certainly influenced Tarrant, decried the gunman’s actions in an interview with The Washington Post. But he felt little concern over how his ideas were being interpreted by far-right politicians and proliferated in the online echo chambers where Tarrant stewed in his hatred.

“To the fact that people take notice of the ethnic substitution that is in progress in my country?” he ventured to my colleague James McAuley. “No. To the contrary.”

Camus is hardly an outlier. Former Trump adviser Stephen K. Bannon has invoked the writings of Jean Raspail, whose deeply racist 1973 novel “The Camp of the Saints” conjured an epochal influx of swarthy migrants subsuming France. In 2015, French far-right leader Marine Le Pen urged her supporters to read the book.

Raspail is more blunt about what he thinks should be the necessary response to migration. "There is going to be a resistance movement, and it has begun,” Raspail told journalist Sasha Polakow-Suransky in 2016. “If the situation becomes the one I predict — catastrophic — there will certainly be resistance that is both tough and armed. … Without the use of force, we will never stop the invasion.”

To some, that the ideas of figures like Raspail and Camus even get politely aired in mainstream media and viewed as part of a legitimate debate is itself the problem. In recent days, commentators have pointed to a whole ecosystem of punditry and news coverage in the West that has helped normalize certain forms of Islamophobia.

As the Atlantic’s Adam Serwer wrote in a lengthy essay on American nativism, white nationalist angst over migration — whether it’s Latino arrivals at the border or the Muslims next door — hinges on tacit mainstream acceptance of the “replacement” theory: “The most benignly intentioned mainstream-media coverage of demographic change in the U.S. has a tendency to portray as justified the fear and anger of white Americans who believe their political power is threatened by immigration — as though the political views of today’s newcomers were determined by genetic inheritance rather than persuasion,” Serwer wrote.

A central contention of the Trumpist view on immigration, Serwer added, contends “that intrinsic human worth is rooted in national origin, and that a certain ethnic group has a legitimate claim to permanent political hegemony in the United States.”

That is, in essence, white supremacy. Trump “ought to state unambiguously that the New Zealand suspect’s ‘replacement’ ideology is an unacceptable trope in civilized discourse,” declared The Post’s editorial.

But don’t hold your breath. 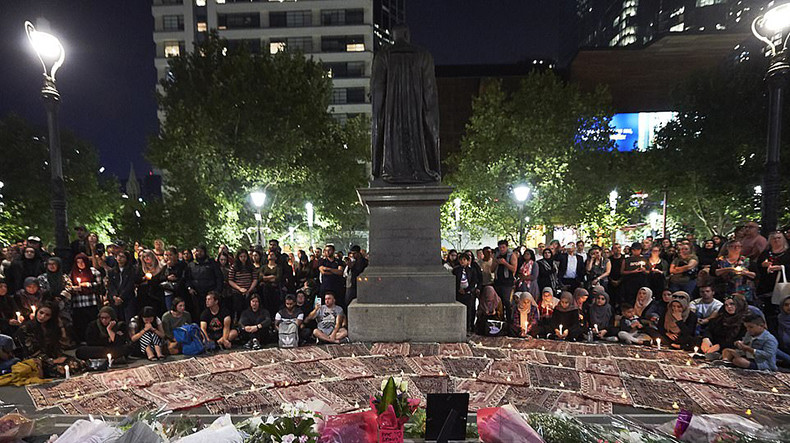