Gaza -- where even Santa is strip-searched

NEW DELHI: As Israeli war planes pound Gaza on Christmas Day after a sniper attack on a patrol seriously wounded an officer, a surprising figure brought some cheer to the battered city. These images, taken by Belal Khaled/Anadolu Agency on posted on Facebook, show Santa Claus bringing the Christmas spirit to the Gaza strip -- which is still reeling from 50 days of violence this summer where over 2500 people were killed.

This clash between the two sides violated a ceasefire that has been in place since fighting was halted in late August. Israeli air force killed one Palestinian, whom the spokesperson for the Health Ministry of Gaza identified as Tayseer al-Samari, 33. The military wing of Hamas immediately claimed Samari as one of its own, saying that he was the head of the group’s reconnaissance unit in southern Gaza. 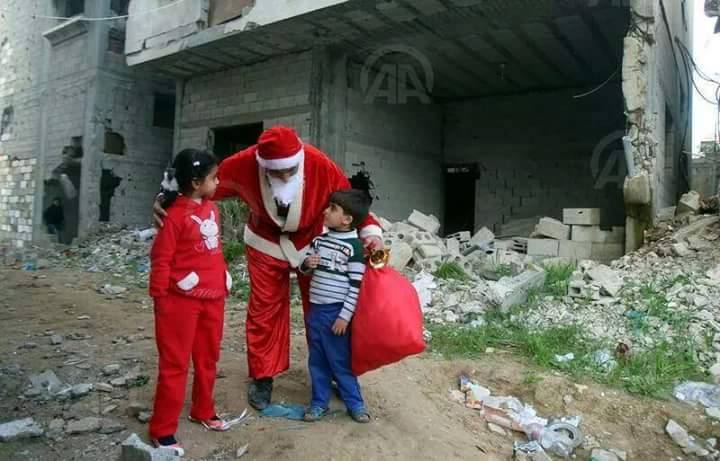 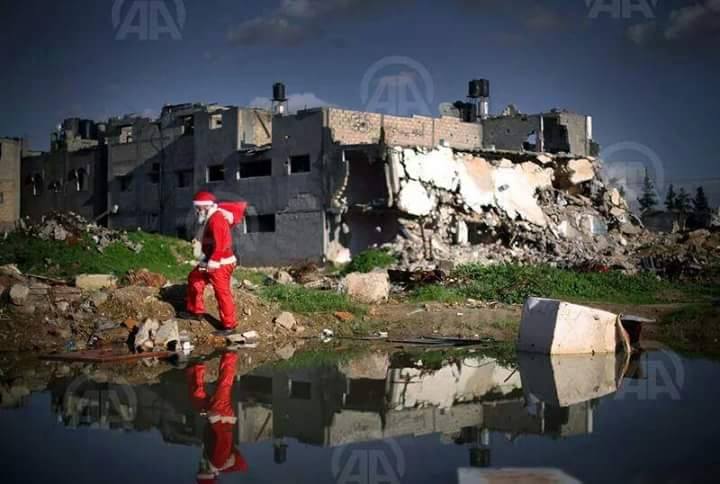 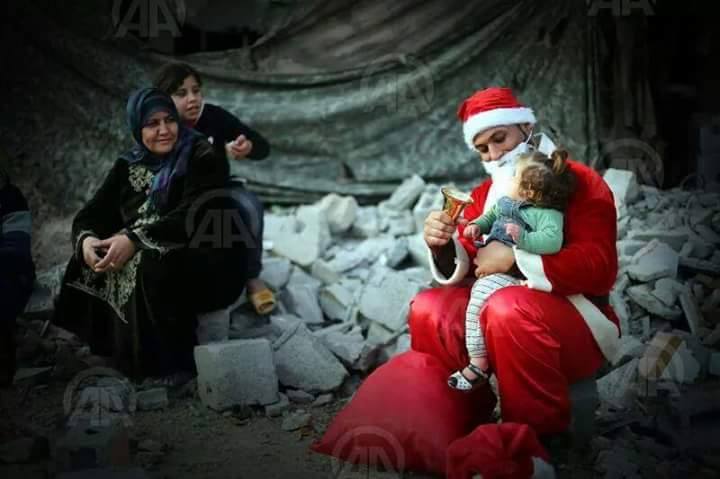 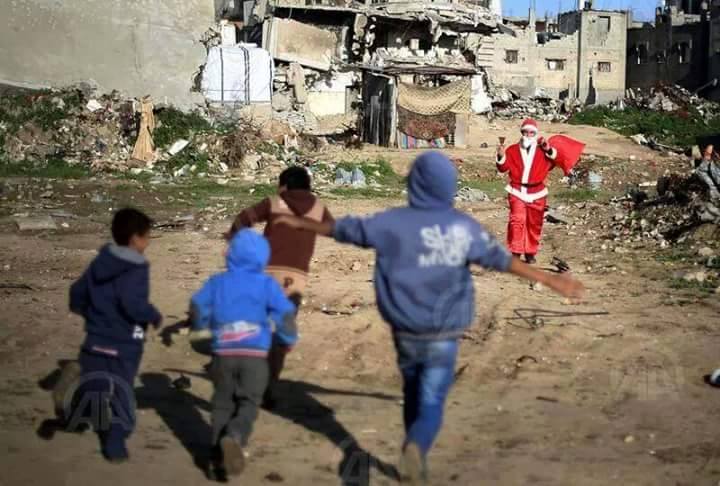 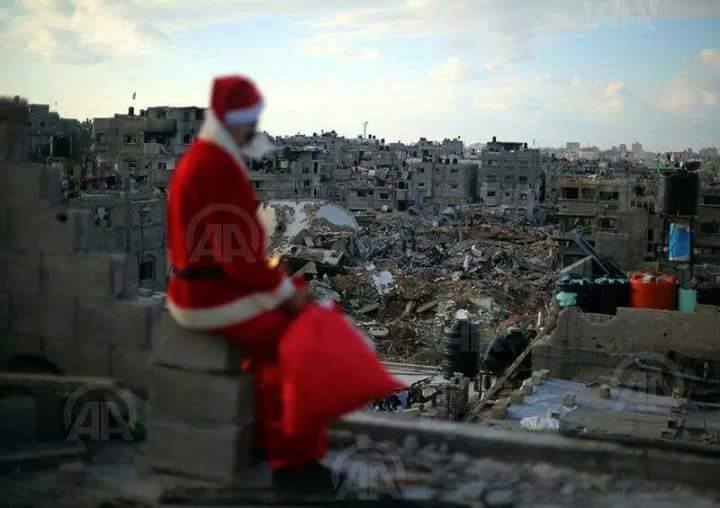 However, Hamas did not take responsibility for the sniper attack that wounded an Israeli soldier. Hamas instead indicated that a former group may be responsible.

Israel and Hamas exchanged strong words, with the possibility of tensions escalating. Israeli Prime Minister Benjamin Netanyahu vowed “a strong and vigorous response in the face of any attempt to violate the quiet in the south.”

Lt Col. Peter Lerner, a spokesperson for the Israeli military, said the sniper attack was “a lethal violation of the relative quiet along the Gaza border” and “a blatant breach of Israel’s sovereignty.”

Hamas in turn referred to Israel’s actions as “a dangerous escalation.” Ismail Radwan, a Hamas official in Gaza, told a news website associated with the group that “he occupation is playing with fire and it will bear full responsibility for the consequences.”

Radwan reportedly called on Egypt, which brokered the cease-fire in late August, to intervene and “curb the aggression and the violations” by Israel.

Tensions have been building in Gaza since militants -- reportedly not Hamas but a smaller group -- fired a rocket into Israeli territory on Friday, prompting an Israeli retaliatory strike. Israeli officials say that the rocket was probably not fired by Hamas, but nevertheless, will hold the group responsible.