NEW DELHI: Welcome to Iraq, where the Islamic State has captured large swathes of territory, advancing worryingly close to Baghdad. Where sectarian strife has witnessed Sunni versus Shia terror at its worst. Where car bombs and suicide attacks are a daily feature of life. In this Iraq, convicted terrorists make reality TV stars. Or so projects a new government-funded series, “In The Grip Of The Law” that forces convicted terrorists to face victims and/or family members of victims, and is then broadcasted on state TV.

Haider Ali Motar was convicted of carrying out a string of bombings in Baghdad at the behest of the Islamic State. Motar is one such reluctant cast member in the TV series. 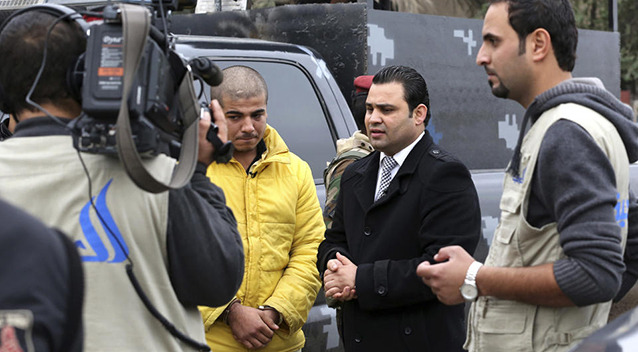 The shooting took place on an overcast day last week, with Motar arriving with a heavily armed escort at a scene where one of the attacks for which he was convicted took place. Motar is pulled from the vehicle to find himself face to face with one of the victim’s relatives.

A microphone is pinned to Motar’s bright yellow jumpsuit. "Say something," the cameraman says.

“What am I supposed to say?” asks a visibly panicked Motar.

As Motar is confronted by one of the victims, a young man who lost his father in one of the attacks, Motar begins weeping. 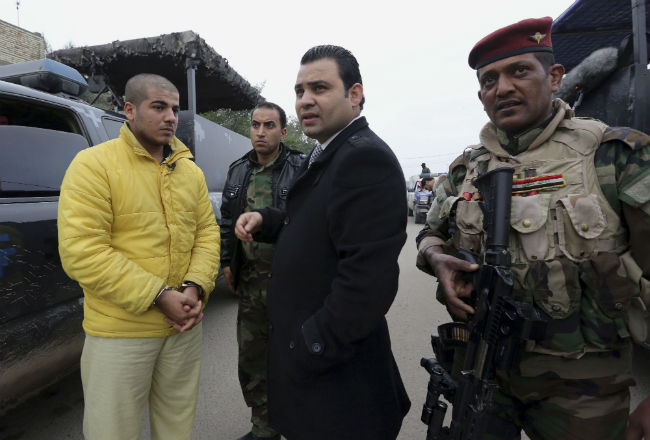 (Motar, in the yellow jumpsuit, surrounded by guards. Photo credit: The Independent).

"We wanted to produce a program that offers clear and conclusive evidence, with the complete story, presented and shown to Iraqi audiences," the show’s presenter Ahmed Hassan told the Associated Press. "Through surveillance videos, we show how the accused parked the car, how he blew it up, how he carries out an assassination."

"We show our audiences the pictures, along with hard evidence, to leave no doubts that this person is a criminal and paying for his crimes," Hassan concludes.

Human rights activists however, are critical.

“The justice system is so flawed and the rights of detainees, especially those accused of terrorism (but not only) are so routinely violated that it is virtually impossible to be confident that they would be able to speak freely,” said Donatella Rovera of Amnesty International (as quoted in The Independent). "In recent months, which I have spent in Iraq, virtually every family I have met who has a relative detained has complained that they do not have access to them, and the same is true for lawyers."

Amnesty International has previously cited concerns about the Iraqi justice system, "where many accused of terrorism have been convicted and sentenced to long prison terms and even to death on the basis of 'confessions" extracted under torture."

Watch a clip from the show here: