The impeachment article will move to the Senate.

It’s official. Donald Trump is the first President of the United States to have been impeached twice. The US House of Representatives impeached Trump for "incitement of insurrection" at last week's Capitol riot, with ten Republicans siding with Democrats 232-197.

What does this mean? The impeachment article will move to the Senate, which will hold a trial to determine Trump’s guilt. While this will not happen during Trump’s remaining week in office, a guilty verdict can prevent Trump from contesting Presidential elections - which he has said he will in 2024.

A two-thirds majority is needed in the Senate to impeach Trump, and the Senate is evenly divided between Republicans and Democrats. The New York Times on Tuesday reported that as many as 20 Republicans are open to convicting Trump.

Irrespective of what happens in the Senate (and when it happens, as lawmakers have said that of utmost priority is the transition of power to President-elect Joe Biden), the impeachments itself is significant. A year ago, the House moved to impeach Trump, with strong opposition from the Republican Party. This time, a handful of Republicans have sided with Democrats and backed the move - indicating the declining influence of Trump within the party.

The impeachment will undoubtedly aggravate a debate within the Republic Party about its future - with one side steadfast in its allegiance to Trump’s brand of politics, and the other opposed to it.

The debate in Congress is indicative of this rift not just within the party, but also in the larger context of US politics. The impeachment follows the events on Capitol Hill, after Trump supporters broke into the Capitol, forcing lawmakers to suspend certification of election results and take shelter. Five people died.

The protesters were responding to Trump’s address, wherein he urged his supporters to "peacefully and patriotically" make their voices heard, but also to "fight like hell" against an election that he repeatedly said was stolen.

The article of impeachment refers to this, saying Trump "repeatedly issued false statements asserting that the presidential election results were fraudulent and should not be accepted.” It adds that Trump "wilfully made statements to the crowd that encouraged and foreseeably resulted in lawless action at the Capitol,” and “gravely endangered the security of the United States and its institutions of government, threatened the integrity of the democratic system, interfered with the peaceful transition of power, and imperilled a coequal branch of government."

Trump’s claims that the election was “stolen” were backed by many in the Republican Party, with 139 Republicans voting last week against accepting the result of the 2020 election.

In the impeachment proceedings, Republicans largely focused on the timing of the move. "Impeaching the president in such a short time frame would be a mistake," said Republican law maker Kevin McCarthy.

Other Republican lawmakers accused the Democrats of playing divisive politics. Representative Matt Gaetz of Florida, an ally of President Trump, railed against the push to impeach Trump for a second time, alleging that “the Left in America has incited far more political violence than the Right.”

Representative Marjorie Taylor Greene’s speech was largely an attack on Democrats for "enabling violent riots" in the past. Trump "has held over 600 rallies in the last 4 years and none of them included assaulting police, destroying businesses or burning down cities. Democrats have spent all this time endorsing and enabling violent riots that left billions in property damage and 47 dead,” she said.

Democrats instead focused on the Capitol riots. "The president of the United States incited this insurrection, this armed rebellion against our common country… He must go. He is a clear and present danger to the nation that we all love,” said House Speaker Nancy Pelosi, a Democrat.

Democratic congressman Julian Castro called Trump "the most dangerous man to ever occupy the Oval Office.”

In a video released after the vote, Trump called on his supporters to remain peaceful. Without mentioning the impeachment, he said, “Violence and vandalism have no place in our country... No true supporter of mine would ever endorse political violence.” 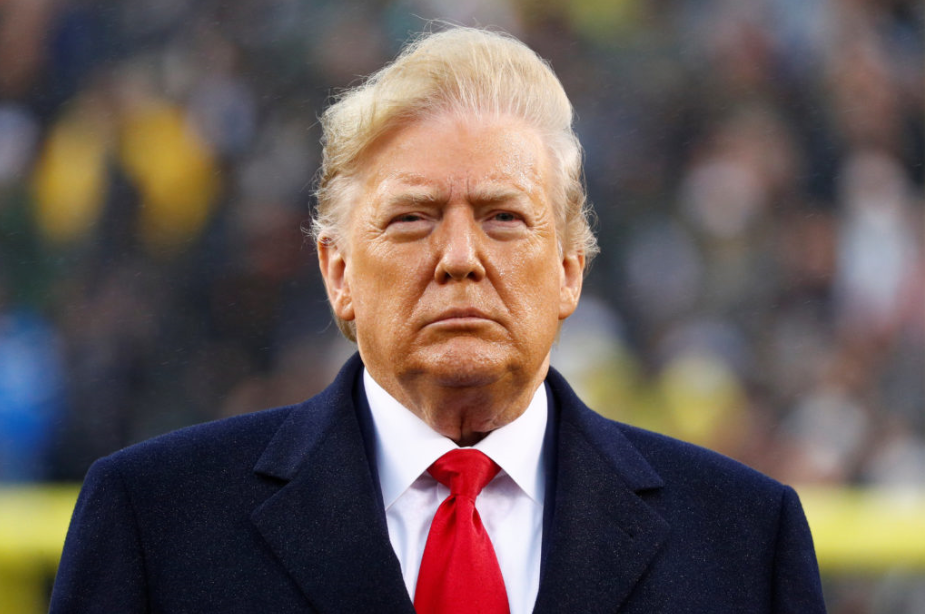