Three neighbours-Ethiopia, Sudan and Egypt-have so far failed to come to any agreement about the functioning of the Grand Ethiopian Renaissance Dam on the Blue Nile. This despite mediation by the USA, the World Bank and the African Union and occasional announcements that the three countries are about to reach agreement- something that still remains elusive.

Ethiopia had broken ground in 2011 to build the dam, costing $4.6 billion, on the Blue Nile which joins the White Nile in Sudan to become the Nile river – the world’s longest and a lifeline supplying water and electricity to the 10 countries it traverses. About 85 percent of the river’s flow originates from Ethiopia. According to officials the dam, reportedly being built by an Italian company, was expected to reach full power-generating capacity in 2023. Nearly 1.8 billion dollars of the cost had come from China in the form of loans for infrastructure etc. Ethiopia had drawn up a 25 year master plan to build hydroelectric dams along the nation’s vast waterways in 12 river basins. Five of the six proposed dam projects were reportedly to be constructed by Chinese firms. China has financial and investment interests in all three countries and could, if it so wanted, play a crucial role in resolving the dispute. But so far there are no indications of Chinese involvement in the negotiations but it could be playing a background role since stability in the region would be vital to protect its investments.

Ethiopia, the second-most populous country in Africa, said the hydroelectric power produced by the dam would be vital to meet the power needs of its 110 million people and help reduce poverty levels. The construction of the dam had caused considerable concern in Sudan and Egypt. Egypt relied heavily on the Nile to supply water for its agriculture and fresh water to its more than 100 million people, while Sudan, which would get cheaper electricity from the dam, warned that millions of lives would be at “great risk” if Ethiopia unilaterally filled the dam. Sudan was also concerned about the impact on its Roseires Dam downstream on the Blue Nile.

The two countries were worried that the dam would reduce the flow of the Nile waters to their countries. In the discussions between the three countries key questions that were raised were how much water Ethiopia would release downstream if a multi-year drought occurred and how the three countries would resolve any future disputes.

In negotiations led by the United States of America with the participation of the World Bank, an agreement had been drawn up that dealt primarily with the amount of water that would be released downstream; mechanisms for drought and prolonged dry years, and provisions for the resolution of disputes and the sharing of information. The draft agreement did not find acceptance and a subsequent draft dealt with the same issues but was silent on the contentious issue of the downstream annual release. Egypt had said that the deal should be the starting point of resumed negotiations and that Ethiopia should clearly declare that it would not unilaterally fill the reservoir of the dam. Ethiopia refused to accept the deal maintaining that the USA was favouring Egypt.The US wanted Egypt and Ethiopia to compromise and agree to an annual release of 37 billion cubic meters from the Blue Nile. But Egypt was not willing to agree to the Ethiopian demand that this amount of release be undertaken even after the dam reservoir had been filled.

The Ethiopians also did not accept Egypt’s proposal that Ethiopia agree to filling the dam in 21 years as against the 12 years according to Ethiopia’s timetable. The longer filling period would, in Egypt’s view, reduce the restriction on the flow of the Nile through Egypt. Moreover while Sudan and Egypt wanted any agreement to be legally binding, Ethiopia balked as it felt a legally binding agreement could hinder future development projects. Ethiopian Prime Minister Abiy Ahmed had said at the United Nations that his country had “no intention” of harming Sudan and Egypt.

Ethiopia had rejected a move by Egypt to involve the UN Security Council, saying the dispute should be resolved at a regional level. The Egyptians had said that if there was something that threatened the regional security of Egypt and international security, it was the main responsibility of the Security Council to adopt procedures that would prevent any such development. The dispute got further aggravated when Sudan rejected the view of analysts that satellite imagery showed the dam filling up in July 2020 but it was likely because of seasonal rains.

Sudan said that water levels at its al-Dayem station on the Blue Nile showed a decline of 90 million cubic meters per day confirming that the dam’s gates had been closed. After an initial Ethiopian denial blaming the rains Prime Minister Abiy Ahmed hailed the "historic" early filling of the dam. He also said that Ethiopia, Egypt, and Sudan had reached a "major common understanding which paves the way for a breakthrough agreement" though there was no announcement of any understanding from Egypt and Sudan.

Sudan and Egypt had suspended talks with Ethiopia after the Ethiopians proposed linking a deal on the filling and operations of the GERD to a broader agreement about the Blue Nile's waters. In late October, the three African nations resumed virtual talks over the filling and operation. The move came after then US President Donald Trump said downstream Egypt could end up “blowing up” the project- comments which had angered Ethiopia.

Sudan had insisted that African Union experts be assigned to offer solutions- a proposal about which Egypt and Ethiopia had reservations. The country boycotted the talks in November 2020 and urged the African Union to play a greater role in reaching a deal.

Sudan then boycotted the latest round of talks in January 2021. The Sudanese Irrigation Minister Yasser Abbas said in a statement that the current approach to reaching a tripartite agreement on the filling and operation of Ethiopia’s dam had not yielded results, and the Afriocan Union U should do more to facilitate the negotiations and help arrive at an agreement .

The Sudanese also objected to the Ethiopians sending a letter in January to the African Union that Ethiopia was determined to fill the reservoir for the second year in July with 13.5 million cubic metres of water, whether an agreement was reached or not.

The Ethiopian Foreign Ministry the talks broke down because despite previously insisting on meetings with the African Union experts, Sudan objected to their terms of reference and refused to include the experts in the meeting, effectively halting the talks.

In all likelihood an agreement before July 2021 seems unlikely. The talks have been going on for a decade without any progress. Ethiopia appears determined to go ahead with further filling the dam this July – a move that could create exacerbate tensions between the three countries and spark off a possible confrontation.

As Egypt’s President Abdel-Fattah al-Sisi said in July 2020, in a somewhat optimistic tone, the talks would "drag on" but there could be a negotiated settlement to the dispute. If that is to take another decade the GERD might well be producing electricity without an agreement. Hopefully the region will not see any armed conflict over the waters of the Nile. 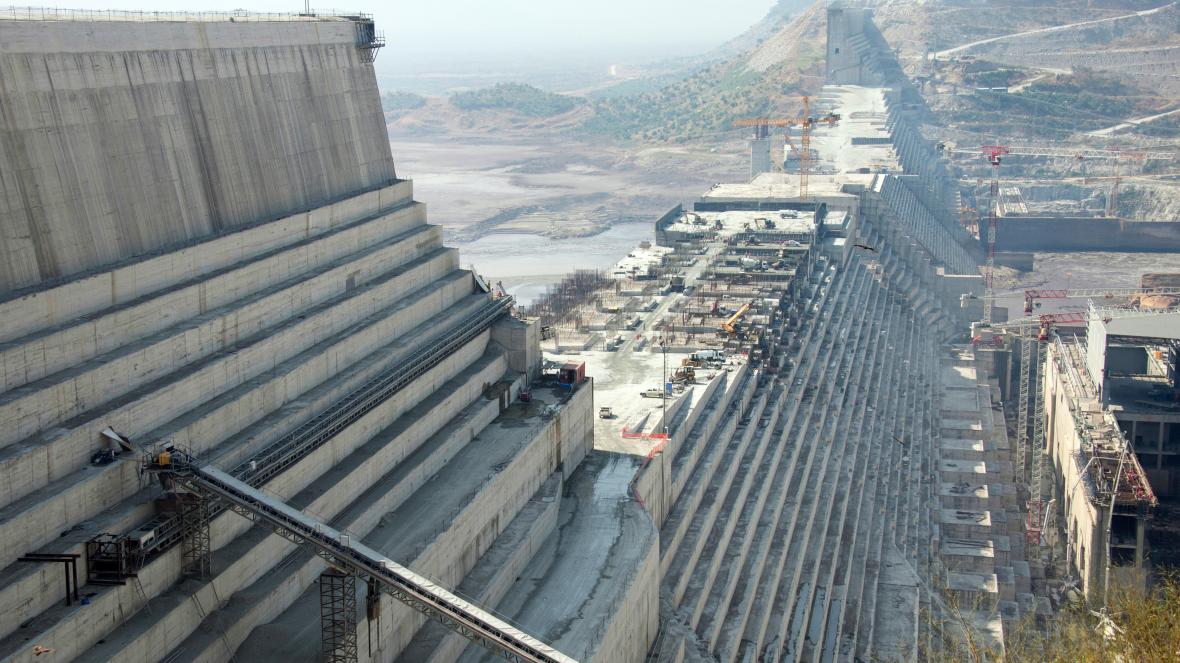