The inaugural speech of Joe Biden, 78, the oldest man to be elected as the US President on his third attempt, with the highest popular votes ever (81 million), wasn’t reminiscent of the rousing idealism of John F Kennedy or the soaring oratory of Barack Obama.

However, it will always be remembered for its simplicity, directness, and genuineness carrying a powerful and unmistakable message.

His speech sounded like a sermon of Father Biden voicing a fervent appeal for unity, dignity, respect, mutual understanding, just calming down and showing willingness to see and hear each other and tolerate different points of views and realize that democracy is precious, and it’s fragile.

Democratic institutions need to be protected and preserved; in the end, the will of the people must be heeded, democracy must prevail! The simple home truth, conveyed in simple words is as relevant for the US as for the entire democratic world including India. Isn’t it coming of age that a young man whose roots are traced back to Telangana in India might have scripted most of the speech?

The common foes of the people Biden listed: anger, resentment, hatred, extremism, lawlessness, violence, disease, joblessness and hopelessness are present in most societies; we aren’t an exception.

Can any sane person find fault with his sage advice: politics need not be a raging fire destroying everything in its path and every disagreement doesn’t have to be a cause for a total war? Disagreement must not lead to disunion. Doesn’t his appeal: we must reject a culture in which facts themselves are manipulated and even manufactured resonate with many people in many countries? It’s a different matter that victims of manipulated and manufactured facts might not raise their voice for various reasons.

He urged that the citizens, especially political leaders, who pledged to defend the constitution and protect the nation, should also pledge to defend the truth and to defeat the lies. It will be great if we could imbibe these values.

He exhorted Americans to end the “uncivil war” and stop distrusting those who don’t look like us or don’t worship the way we do. The world will be a better and more tolerant place to live if societies embraced Biden’s this appeal.

His domestic priorities are clear: healing and unifying an extremely polarized and divided nation, defeating covid-19 which has already taken 400,000 lives more than the lives lost by the US in entire WWII, reviving the economy: putting industries back on their feet & creating jobs .The announcement of US$ 2.9 trillion stimulus should help; contours of how it will impact different sectors will be visible soon.

As for the international community, his message was straight forward: “we will repair our alliances and engage with the world again. Not to meet yesterday’ challenges, but today’s and tomorrow’s…we will be a strong partner for peace, progress, and security.”

Biden is keen to dispel the notion that his administration is going to be Obama 03 .He is painting his own image as someone determined to address difficult issues confronting the US .On the very first day in the Oval Office, he issued more Executive Orders than Trump, Obama, Bush and Clinton put together.

The executive order that requires people to wear masks, and keep their distance from each other, on federal property and launch of a “100 Days Masking Challenge”reflect his resolve to combat Covid -19 as against his predecessor who was most reluctant to wear mask himself.

His decision to rejoin the Paris Agreement on Climate Change and the WHO will be widely welcome as will be his removal of ban on immigration from Muslim majority countries;it will send out a positive message that the US was back in business and ready to “lead by the power of its example.”

Ending the Keystone XL pipeline and construction of the wall on Mexican borders aren’t the only Trump orders reversed by Biden .His decisions to root out systemic racism, extend moratorium on the Dreamers, count the undocumented immigrants in the Census, and Deferred Action for Childhood Arrivals should present a more humane face of Biden-Harris administration.

In spite of his conciliatory tone and fervent appeal to unite as a nation, Biden’s efforts would come unstuck unless the Republican Party does an honest introspection and shuns the polarizing and divisive policies of Donald Trump. That looks an uphill task given the fact that the defeated President had received over 73million popular votes and197 Republican Congressmen had voted in the Congress to overturn Biden’s election. Regrettably, shadows of Trump loom still large on the Republican Party.

Kamala Harris as the first woman Vice President of the US with roots in India and nomination of 20 Indian Americans most of them women.Vivek Murthy as the US Surgeon General will have a crucial role in fighting Covid -19.Neera Tanden as Director of white House Office of Management and Budget, Vanita Gupta as Associate Attorney General, Vinay Reddyas Director for President’s speech writing, Tarun Chhabra, Senior director for Technology and National security, Sumona Guha, Senior Director South Asia National Security and Sonia Aggarwal Senior Adviser for Climate policy and innovation are young guns to watch.

While we should rejoice in their rise, we must not harbour unrealistic hopes for any pro-Indian tilt to avoid any disappointment. They are American citizens who have been selected on account of what they have achieved in the US; naturally, their first loyalty lies with the US. 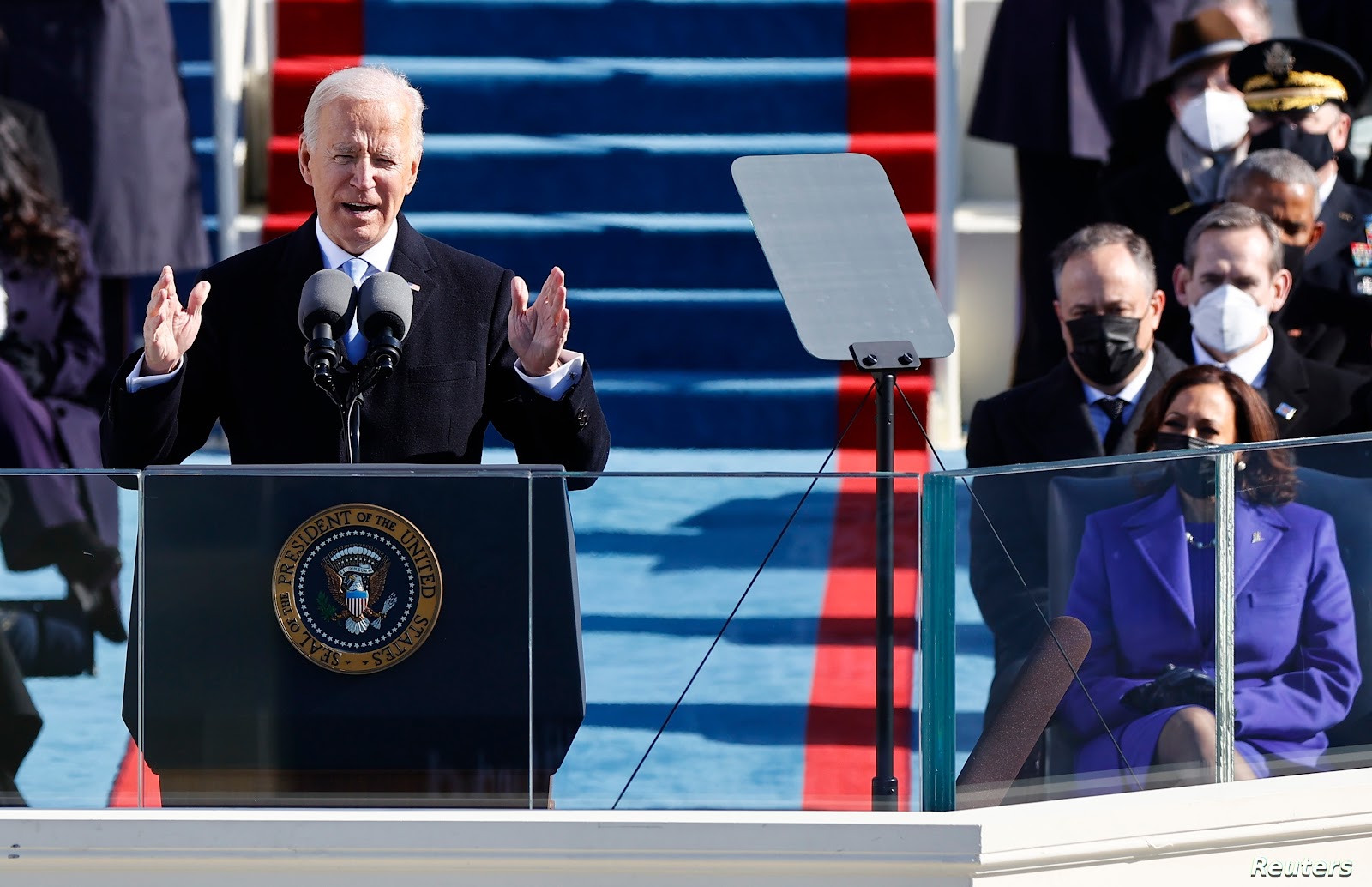