Tamils Up the Ante in Sri Lanka

COLOMBO: Due to the high profile majority supremacist policies of the Gotabaya Rajapaksa government, disparate and mutually antagonistic Tamil-speaking communities of Sri Lanka have come together to jointly struggle against the Rajapaksa regime.

Though the complaint about Sinhala-Buddhist majoritarian dominance was decades old, the minority Tamils and Muslims were stung by President Gotabaya Rajapaksa’s assertion of his Sinhala-Buddhist identity in his Independence Day oration on February 4.

The President had said in the very beginning of his speech: “I am a Sinhala Buddhist leader and I will never hesitate to state so.”

The Pottuvil to Poligandy (P to P) long march through the Eastern and Northern provinces of Sri Lanka from February 3 to 7, was primarily meant to highlight the festering grievances and the long standing demands of the North-Eastern Sri Lankan Tamils.

But for the first time, Sri Lankan Tamil marchers shouted slogans highlighting the grievances of the Indian Origin Tamils working in the plantations, and of the Muslims, who are hurt by the government’s refusal to allow them to bury their COVID dead when their religion enjoins them to bury and not cremate their dead.

The P to P march was also meant to whip up support for the Tamils at the March session of the UN Human Rights Council (UNHRC) where there could be vote on a resolution condemning Sri Lanka for alleged failure to investigate charges of “genocide, war crimes, and violations of human rights and international humanitarian law.”

The report of the High Commissioner for Human Rights, Michelle Bachelet, has recommended “targeted sanctions” and reference to the International Criminal Court (ICC). The last recommendation stemmed from a demand made earlier by a united front of Sri Lankan Tamil political parties.

The exclusionary politics of the incumbent Lankan regime have brought together not only Tamils and Muslims but created a rationale for unity among the disparate and mutually antagonistic Tamil political parties.

The marchers demanded from the UNHRC the following: (a) a reference to the International Criminal Court (ICC) for War Crimes, Crimes Against Humanity and Genocide; (b) a guarantee that the genocide that (allegedly) took place against Tamils is not repeated; (c) a permanent political solution which should be founded on an internationally conducted and monitored referendum among the Tamils of Sri Lanka.

The Tamils are also poised to exploit the present strain in the relations between Sri Lanka and India over the Eastern Container Terminal (ECT) in the Colombo port, and the grant of contracts to a Chinese firm to build and operate renewable energy power stations in the islands off Jaffna, not far from India.

India had strongly protested against Sri Lanka’s non-adherence to an existing agreement over the ECT and the grant of the power projects to China creating a security concern for India.

Commenting on the issue of the ECT and the northern power projects, current Member of Parliament and former Chief Minister of the Tamil majority Northern Province, C.V.Wigneswaran, said: “It is no secret that successive Sri Lankan Governments have cheated India many a time. This is another example. I expected this to happen after the Geneva sittings. I mentioned this in an interview with the media a few weeks ago. But it has happened slightly earlier.”

“There is news that the Sri Lankan Government wishes to lease out three of the Islands close to Jaffna to a Chinese organization to start certain projects to generate electricity. This is a serious matter. It is high time India identified the Tamils of the North East of Sri Lanka as their dependable friends and changed their present political stance making sure that the Tamil speaking in the North and East were granted the right to govern themselves while ensuring their safety.”

“If the Southern Block of India (the Indian Foreign Ministry) is to be safe, India must ensure self-determination for the Tamils of the North and East of Sri Lanka. It is appropriate for India to take the leadership to ensure a referendum in the North and East to be conducted by the International Community so that the Tamil speaking people would decide their political future.”

“What happened to the Eastern Terminal will sure happen to the 13th Amendment soon. India must realize that any solution to the ethnic problem within a Unitary State of Government is bound to fail.”

In 1987 during discussions preceding the Indo Sri Lankan Agreement there was speculation that India preferred the same rights given to their Regional States be given to the Provinces in Sri Lanka. But J.R.(President J.R.Jayewardene) tricked the Indians and brought out a toothless Thirteenth Amendment which gave very little powers to the periphery.

After him President R.Premadasa went a step further and pulled out the Government Agents, Divisional Secretaries and Grama Sevakas from under the Provincial Administration and brought them under the Centre. Even the meagre Land and Police powers given under the Thirteenth Amendment have been denied to the Provinces up to date by successive Sinhala majority Governments.”

Finally, Wigneswaran warned: “The Sinhalese are generally adepts at giving ropes, meaning giving false hopes. They would be subservient until they get their things done. Once done they will take high ground. India must realize this. Unless India gains the goodwill of the Tamils of the North and East both will suffer in the long run.” 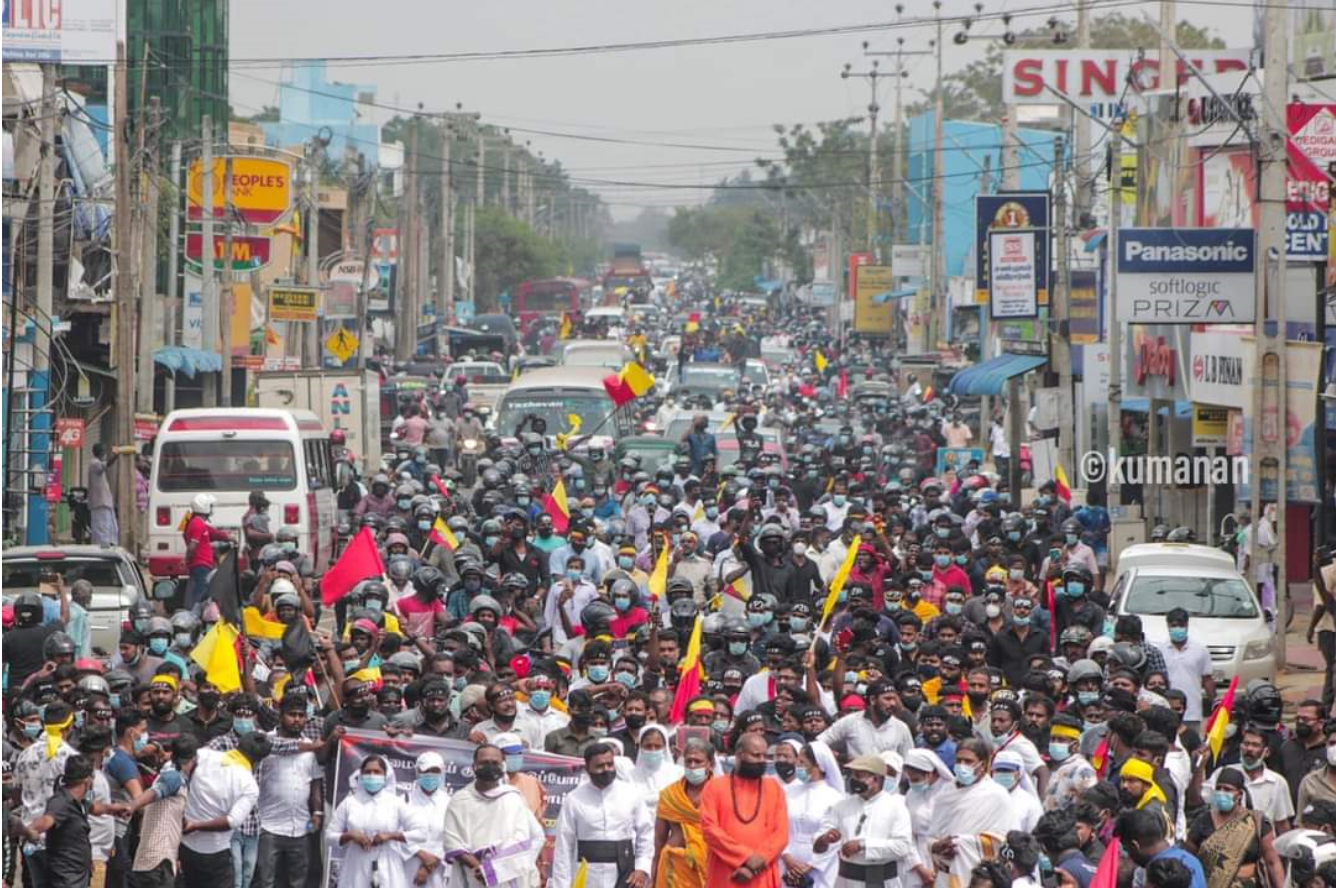