Palestinian Elections, To What End?

On Thursday I appeared on Al Jazeera’s Inside Story to talk about the agreement between Palestinian factions to hold legislative and presidential elections in the occupied West Bank and Gaza Strip later this year.

The panel included Dr. Mustafa Barghouti, a member of the Palestinian Legislative Council elected in 2006, and Ofer Cassif, a member of Israel’s parliament, the Knesset, from the predominantly Arab Joint List bloc.

This would be the first vote since those 2006 legislative elections, when Hamas won by a landslide, beating out Fatah, the faction led by Mahmoud Abbas.

Abbas had been elected Palestinian Authority president a year earlier.

However, as I pointed out in the discussion, the elections were effectively nullified when Fatah and Abbas conspired with the United States, Israel, the European Union and various regional states to isolate Hamas and then stage a coup against the national unity government Hamas had agreed to.

“I don’t know why Hamas would trust the same people, the same Mahmoud Abbas, the same Fatah and the same so-called international community to respect an election result now,” I told Al Jazeera.

I also questioned the purpose of elections given that under Israeli occupation it is a fiction that Palestinians have their own government. The PA exists to collaborate with Israel on so-called security coordination.

Israel has regularly imprisoned Palestinian elected officials just because it doesn’t like their views.

One of those is lawmaker Khalida Jarrar who has been held by the Israeli military for her political activitiessince October 2019.

Under these conditions, I argued that the only thing Palestinians are being asked to do is elect a Palestinian Authority that will continue to collaborate with Israel against their rights.

Another major problem is that the elections would only be for Palestinians in the West Bank and Gaza, excluding the vast majority of Palestinians who live in forced exile due to Israel’s racist denial of their right to return home.

Barghouti, who took part in the Cairo meetings that led to the agreement to hold new elections, argued that the elections were worthwhile since the PA is “controlling people’s lives” by collecting taxes and providing other services.

Cassif welcomed the prospect of elections as “signs of sovereignty and democracy” for Palestinians. However, he acknowledged that “Unfortunately, the Palestinian people are not sovereign, they are still under the Israeli occupation.”

The story of the US-backed coup following the 2006 elections is told in David Rose’s landmark 2008 article in Vanity Fair titled “The Gaza Bombshell.”

In 2007, the plot backed by Washington led to a short, bloody civil war in Gaza between Hamas and the Fatah militias led by Muhammad Dahlan, a warlord supported by the United Arab Emirates.

As Rose recounts, then US President George W. Bush described Dahlan as “our guy.”

However Abbas and Dahlan’s forces were routed and had to be evacuated to the West Bank with Israel’s assistance, or to Egypt.

This is the genesis of the current split where Hamas controls the interior of Gaza and Abbas controls small areas of the West Bank as permitted by Israel.

With the collusion of Abbas and his loyalists, Gaza was then subjected to the ongoing Israeli siege aimed at forcing Hamas into submission, or reducing the population to such misery and desperation that it would turn against Hamas and embrace Abbas.

That too has failed.

I pointed out that nothing has fundamentally changed since 2006, which is why all previous efforts at “reconciliation” between Hamas and Fatah have foundered.

Abbas remains fully committed to collaboration with Israeli occupation forces, while Hamas – or at least its military wing – has remained committed to military resistance against Israel.

Therefore, any reconciliation or “national unity” can only be based on Abbas’ Fatah abandoning collaboration with Israel, or Hamas abandoning resistance.

Since there is no sign that Abbas is ever willing to give up collusion with the occupation – something he calls “sacred” – the question is whether Hamas’ leaders have decided to join Fatah in administering the occupation on behalf of Israel.

Notably, Hamas and Fatah have been talking about putting up a joint list of candidates in the election, which suggests that this indeed may be the case. 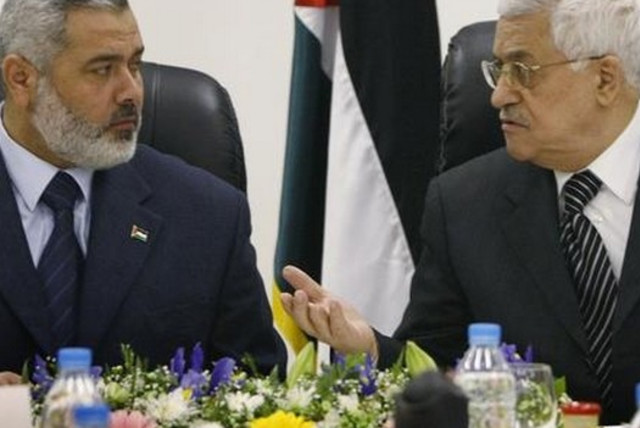