The 9th round of talks at the army commanders’ level between India and China resulted in a breakthrough that since achieved the successful disengagement of troops on the north and south banks of Pangong Tso in eastern Ladakh.

This in turn provided the ambience for the 10th round of talks that began yesterday, which would presumably address disengagement elsewhere in Ladakh as well as patrolling issues in Depsang.

The breakthrough at Pangong Tso was a good thing to happen — as also its efficient implementation by the two armies ‘in a phased, coordinated and verified manner.’ It must be savoured as a net gain on the road to peace.

But, curiously, the opposite seems to be happening. The reduction of military tensions in Pangong Tso has become a matter of heartburn for sections of the media and the fraternity of India’s ‘China hands’ — and possibly, hawkish elements within the establishment — who scoff at the very notion of peaceful resolution of territorial differences with China now or ever.

The current border talks are highly sensitive. It is the government’s prerogative to decide on a negotiating strategy and to choreograph the way forward. This strategy would have a short term and long term perspective as well as a ‘big picture’. Indeed, the government takes the public into confidence when an occasion demands it but the negotiations per se should be conducted in secrecy.

Yet, what we see is a calibrated attempt to debunk the negotiating brief — and its outcome so far — with a view to discredit, demoralise and derail the process itself. Thus, misgivings are being aired over the incremental approach toward disengagement.

But, what is the alternative? A ‘whole-or-nothing’ approach? A ‘take-it-or-leave-it’ approach? Now, what if a ‘package deal’ takes long to reach — and what happens in the meantime? There are no easy answers.

Another pinprick is about the setting up of buffer zones to separate the two armies. Surely, if peace and tranquility are desired objectives in the short and medium term, buffer zones offer an optimal interim arrangement.

Modern armies have the technical capability to monitor closely, constantly and reliably to ensure that buffer zones remain what they are — namely, ‘no-man’s land’ where neither side patrols or creates new facts on the ground under the pretext of ‘infrastructure development’.

Indeed, buffer zones are without prejudice to each side’s respective territorial claims. Principally, they eliminate the risk of ugly brawls between patrolling parties as has been happening in obscure circumstances in those remote mountains in Ladakh that are beyond public scrutiny.

Equally, there is angst that buffer zones signify a departure from the ‘status quo ante’ (that is, positions prior to April 2020.) Pray, what difference does it make when it concerns disputed territory — and, LAC itself is notional, to say the least?

In fact, candid discussions are needed regarding the so-called ‘1993 agreement’, which was never delineated on maps or delimited on the ground — how in the durbar culture in Delhi, bureaucrats produced a rabbit out of the hat in the run-up to a rare prime ministerial visit to China. The problem with gratuitous, self-serving accounts is that they inevitably create misperceptions and fuel disjointed assumptions in the downstream.

Clearly, the government has prioritised the restoration of peace and tranquility. This is understandable when the country can ill afford to risk armed conflict on the border, what with the daunting magnitude of the pandemic stalking vast swathes of land, the post-pandemic economic recovery, and the spectre of resource crunch.

Anything beyond peace and tranquility is not within the realms of possibility. The one lesson borne out of Doklam standoff in 2017 is that India should not overreach. We intervened to stop road construction on Bhutanese territory disputed by China, and the PLA eventually returned to build roads and infrastructure in other areas of the same region.

It is presumptuous to dictate negotiating strategy from the sidelines to an elected government. Even a minority government like UPA-1 pushed through the nuclear deal with the US — which it unilaterally decided to be in the country’s ‘enlightened national interest’ — although, in retrospect, it remains unimplemented and, perhaps, unimplementable. Even its masons and carpenters no longer want to claim it as personal legacy.

Nonetheless, the country accepted the 2008 nuclear deal and moved on, since it was a legitimate decision by an elected government. To stretch the analogy further, even as the 2008 nuclear deal opened the pathway for India-US military cooperation, no one should presuppose at this point in time that the disengagement on the disputed border in eastern Ladakh and the restoration of peace and tranquility is an end in itself. Far from it.

Conceivably, if peace and tranquility on the border becomes sustainable, there could be positive fallouts on India-China trade and economic ties, where there is much complementarity between the two economies.

Basically, the government should pay much greater attention to geo-economics as the locomotive of its diplomacy and foreign policy. Energy is being squandered away in vainglorious projects such as QUAD without commensurate returns. Make no mistake, all great powers in history also happened to be robust, successful trading nations first.

The words of the American astronaut Neil Armstrong come to mind. While putting his left foot on the lunar surface in the morning of 20th July 1969, Armstrong famously declared, ‘That’s one small step for man, one giant leap for mankind.’

Who knows, the moment of truth in Ladakh may also augur for a giant leap toward boundary settlement with China in the fulness of time. The news that the special representatives of the two countries are planning to meet gives a positive signal. 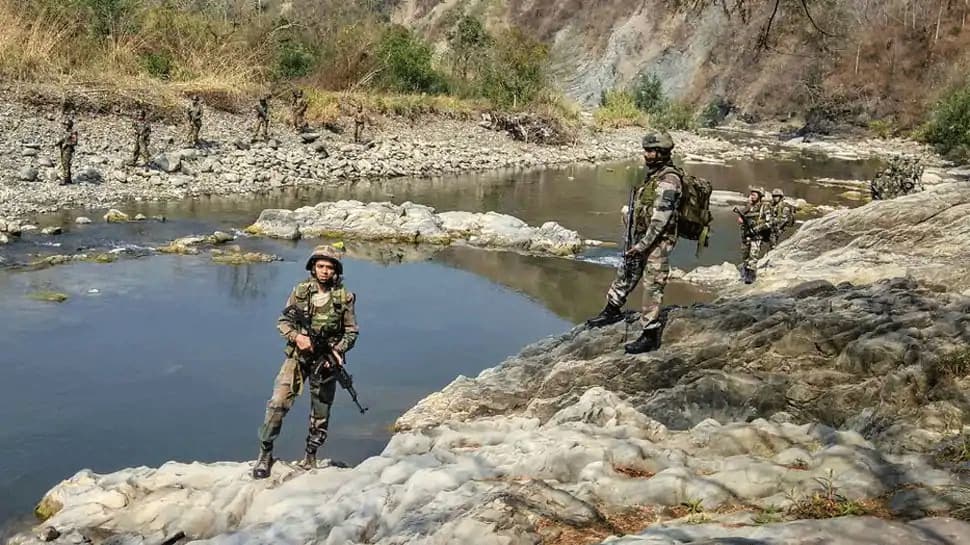