COLOMBO: Sri Lanka has urgently taken three major decisions with an eye on getting the support of India and the Muslim states in the UN Human Rights Council (UNHRC) in Geneva where a vote is to be taken later this month on a resolution castigating it for human riots violations and alleged war crimes.

For starters, Sri Lanka established a Secretariat for a Trilateral Maritime Security System which had been proposed by a conference of National Security Advisors at the instance of the Indian National Security Advisor Ajit Doval in November 2020. The Lankan government had been dragging its feet on this issue, as it has good relations with China, the emerging power in the Indian Ocean with growing economic stakes in Sri Lanka.

India’s plan was to draw Sri Lanka and the Maldives into a maritime security structure in the Indian Ocean against China’s increasing intrusions. Sri Lanka, which, as stated earlier, was dragging its feet on setting up the structure, finally decided to set it up because it had become an urgent necessity to get India’s support at the UNHRC, where, at the moment, only ten of the 47 members are decidedly pro-Sri Lanka. At the Council, India had struck an ambiguous note hinting that it might abstain. This caused concern in Sri Lanka making Foreign Secretary Adm.Prof. Jayanath Colombage to appeal for India’s support through interviews to The Hindu and India Today. He described India as “Mother India” which should not let Sri Lanka down.

India was palpably annoyed when the Lankan government backed out of a written commitment to give a project to build, operate and transfer the East Container Terminal in Colombo port to India and Japan. India was not convinced about Colombo’s plea that port unions and nationalists were against the project going to India. New Delhi suspected the hidden hand of Beijing which runs a terminal in Colombo port.

India’s stand in Geneva (where it upheld the minority Tamils’ rights) seemed to stem from the disappointment on the container terminal issue. Lacking trust in Sri Lanka, India was cool when Sri Lanka said that India and Japan could help develop the West Container Terminal in Colombo port.

Realizing the gravity of the situation, the Lankan cabinet made a more concrete offer on the West Container Terminal on March 1. The approved cabinet paper said that the West Container Terminal (WCT) is to be developed as a Public-Private Limited Company in partnership with India’s Adani Ports and Special Economic Zone Limited (APSEZ Consortium) along with its local representative John Keells Holding PLC (APSEZ Consortium), and Sri Lanka Ports Authority (SLPA).

Accordingly, the Build, Operate, and Transfer Plan approved by a Cabinet Appointed Negotiation Committee had been forwarded to the High Commission of India and Embassy of Japan to nominate investors. Subsequently, proposals by the Adani Group and Special Economic Zone Limited (APSEZ Consortium) were approved by the Indian High Commission. However, no investor has been named by the Japanese government yet, the March 1 cabinet paper said.

The Cabinet Appointed Negotiation Committee presented their recommendations based on the discussions held with the two parties and the Cabinet approved the proposal put forward by the Ports Minister. The terminal will be developed on a 35-year Build, Operate, and Transfer basis with the aforementioned stakeholders, the government said. .

However, India’s reaction to this proposal is not known yet. Apparently it wants to wait and watch before moving on the offer.

Another key decision taken to get over the hump at the UNHRC in Geneva is the belated one to allow the burial of the bodies of COVID-19 victims in Iranaitivu, a set of two tiny islands off the North Western coast of Sri Lanka in the Gulf of Mannar.

But the decision to allow burial, which came after one year of rejection on specious environmental grounds, is not guaranteed to win brownie points among Muslim nations in the UNHRC as it has been rejected by the Muslim Council of Sri Lanka.

In a statement issued on Tuesday, the Council’s Vice President Hilmy Ahamed said: “ The shocking news of government suggesting burial in Iranthivu islands is a bigger blunder than the forced cremation of over 300 Muslims.”

“The Jeniffer Perera committee clearly approved burial in all Muslim burial grounds subject to strict adherence to quarantine rules and placing the body in double body bags. What more is needed when science has proven beyond any doubt that the corona virus cannot contaminate ground water sources?”

“The dead cannot spread the disease while waste water from quarantine centres would certainly do. “

“How come the bright boys chose an inhabited island if they still believe that the virus can contaminate ground water? No wonder We live in a country like no other.”

Iranaitivu is an inhabited island, albeit with a small population of Tamil Catholic fisherfolk. It also has a naval base. The island is short of drinking water sources.

The Muslim Council is contemplating going to the Supreme Court with a petition against the decision, Ahamed added. 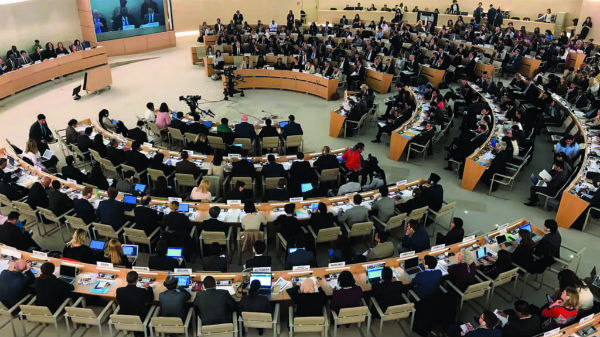