COLOMBO: Given the distinct possibility that the UNHRC’s resolution against Sri Lanka will be passed, the Office of the High Commissioner for Human Rights (OHCHR) is planning to set up a mechanism to collect and preserve evidence about grave human rights violations in Sri Lanka.

According to the Sri Lankan media, the OHCHR has told UNHRC member states that it will cost US$ 2 million. At the third informal consultation on the Sri Lanka Resolution held virtually on March 8, the UK, which is the main sponsor of the draft said that based on initial discussions with the OHCHR, the evidence gathering mechanism would comprise a team of six to ten people and require at least U$ 2 million for an initial 18-month period of operation.

The mechanism would be aimed at establishing a “Central Information Evidence Repository” with access to information and testimony to develop strategies for future trials and accountability processes.

If established, the mechanism would support judicial proceedings in other UN member states with jurisdiction to prosecute extra-territorial breaches of international law, bringing perpetrators of grave rights abuses in Sri Lanka one step closer to being indicted and tried overseas.

The OHCHR-led evidence preservation mechanism for Sri Lanka would be the first of its kind. Similar mechanisms include the International Impartial Independent Mechanism (IIIM) for Syria and Myanmar and the OHCHR’s DPRK Accountability Project established for North Korea.

Diplomatic sources say that given the reality of international politics, the vote in the UNHRC, now due, is most likely to go against Sri Lanka.

But Sri Lanka is unfazed by this prospect as it has taken a clear and resolute stand that the resolution is unacceptably intrusive, biased, selective in its choice of data, unethically equating a democratically elected government with a ruthless terrorist group, and is driven by ulterior motives.

On other hand, the Core Group led by the UK and backed by the US, is equally convinced that Sri Lanka has brazenly violated human rights and deserved to be investigated, admonished and proceeded against under universal jurisdiction.

Diplomatic sources believe that given the most likely line up at the time of voting, defeat stares in Sri Lanka’s face. India and Japan have not taken a decision and are watching the proceedings carefully to gauge the mood of the Council it appears. As on date, the dice is loaded against Sri Lanka, and the most likely decision by New Delhi and Tokyo would be abstain.

India has certain issues with Sri Lanka which had arisen in the recent past such as the one relating to the East Container Terminal. Sri Lanka had reneged from a bilateral agreement on it, without so much as a prior warning, leave alone prior consultation. However India did not raise any bilateral issue at the Council but spoke about the importance of implementing the 13 th.Amendment (13A) of the Sri Lankan constitution which is meant to devolve power to the provinces, especially to the Tamil speaking provinces in the North and East.

This issue is about the larger question of democracy and ethnic reconciliation and not a narrow one relating to a bilateral project. Since there is no firm commitment yet from Colombo about implementing the 13 A and there is still talk of a dilution of devolution, India does not have the required incentive to vote for Sri Lanka.

However, since India has a great and enduring stake in Sri Lanka being its only neighbor, New Delhi will not oppose Sri Lanka outright but play it safe by remaining neutral.

Japan has asked the Council to be more understanding and accommodative towards Sri Lanka, but Japan too has issues as in the case of the ECT in which it was to be a stakeholder. Thus, Tokyo could follow India and be neutral at voting time.

The Core Group’s revised draft (it is still being revised with inputs from the members of the Council) has made significant concessions to Sri Lanka. For example it does not directly demand the setting up of an international judicial mechanism to try war crimes allegations and other allegations of Human Rights during and after the war.

But it prepares the ground for such a mechanism when it says that it: “ Recognizes the importance of preserving and analyzing evidence relating to violations and abuses of human rights in Sri Lanka with a view to advancing accountability and decides to strengthen the capacity of the Office of the High Commissioner for Human Rights to consolidate, analyze and preserve information and evidence and develop possible strategies for future accountability processes for gross violations of human rights or serious violations of international humanitarian law, to advocate for victims and survivors, and to support relevant judicial proceedings in Member States with competent jurisdiction.”

More broadly it says: it has “serious concern over emerging trends over the past year, which represent clear early warning signs of a deteriorating human rights situation in Sri Lanka, including the accelerating militarization of civilian government functions, erosion of the independence of the judiciary and key institutions responsible for the promotion and protection of human rights, ongoing impunity and political obstruction of accountability for crimes and human rights violations in “emblematic cases”, policies that adversely affect the right to freedom of religion or belief, surveillance and intimidation of civil society and shrinking democratic space, arbitrary detentions, allegations of torture and other cruel, inhuman degrading treatment or punishment and sexual and gender based violence, and that these trends threaten to reverse the limited but important gains made in recent years and risk the recurrence of policies and practices that gave rise to the grave violations of the past.”

The Core Group called upon the Government of Sri Lanka “to ensure the prompt, thorough and impartial investigation and, if warranted, prosecution of all allegations of gross human rights violations and serious violations of international humanitarian law including for longstanding emblematic cases.”

It requests “the Office of the High Commissioner to enhance its monitoring and reporting on the human rights situation in Sri Lanka, including progress on reconciliation and accountability, and to present a written update to the Human Rights Council at its forty-ninth session, and a comprehensive report including further options for advancing accountability at its fifty-first session, both to be discussed in interactive dialogues.”

If the resolution is passed, Colombo may have to accept UN investigators. The Sword of Damocles will be hanging over Sri Lanka’s head constantly diverting its attention from its other tasks like economic development.

President Gotabaya Rajapaksa believes that real ethnic reconciliation will be achieved only through equitable social, educational and economic development and not through judicial mechanisms and other accountability measures urged by the UNHRC. President Rajapaksa believes these will only foment ethnic animosities by raking up old issues without seeing the past in a correct and unbiased perspective.

Sri Lanka also believes that the Core Group is not motivated by a genuine concern for ethnic reconciliation in Sri Lanka but by a desire to use the issue to browbeat and dominate Sri Lanka and also use it in its fight against its rivals for geo-political domination.

Sri Lankan Foreign Minister Dinesh Gunawardena has more than once rejected the Core Group’s resolution, amended or otherwise, and has urged Council members to vote against it. The stage is set for voting. And as far as Sri Lanka is concerned, it cares little for the consequences, backed as it is by China and Russia, both with a veto in the UN Security Council.

According to Ceylon Today Foreign Minister Gunawardena is still hoping that Asian countries will vote against the resolution. He said that the Core Group is still consulting members of the UNHRC and the members’ stance will depend on the contents of the Core Group’s final draft. He also drew comfort from the fact that India has not indicated which way it will vote. 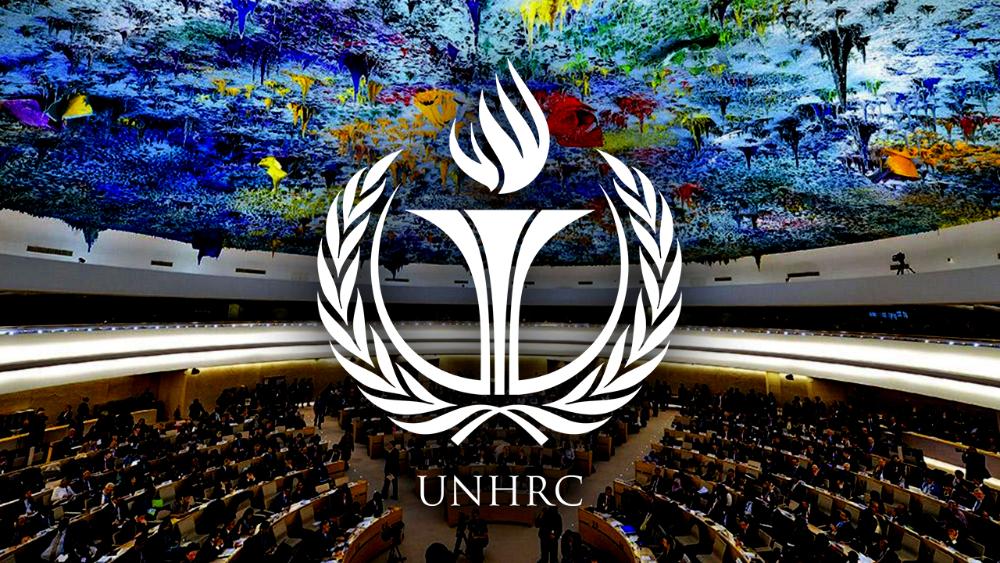