The world is still reeling under Covid-related crises

Every word, every strategic or diplomatic move and decision of the new US President, even a physical misstep, is being endlessly scrutinised and debated at home and abroad. In less than 75 days Joe Biden has begun putting his stamp on world affairs – though Trump supporters are still around to remind that the phenomena and forces of American society that propelled him are alive and kicking, and will haunt the Biden-Harris administration unless addressed holistically.

Biden’s first tag line – America is back! – has a domestic and global connotation. Unlike his predecessor who was extremely reluctant to use a mask and in public disparaged the scientific community about the scale and seriousness of the Covid pandemic, Biden publicly displays his mask and fervently exhorts the people to “for God’s sake put on your mask!”

This new thrust is having an impact. The fight against Covid-19 in the US where more than half a million Americans have their lost lives has gained momentum. Biden’s assertions that all Americans will be vaccinated by the 4th of July seems achievable.

Biden realises that unless the US economy picks up and the hardships of millions of Americans are relieved, all talk of assuming global leadership is empty rhetoric. So, he has got the biggest ever stimulus of 1.9 trillion dollars approved by Congress and the Senate. It should make a huge difference and put the American economy on the road to recovery.

As for immigration related decisions, children on the Mexican border, dreamers hoping to avoid deportation and regularise their irregular entry, immigrants from certain Muslim-majority countries, and Indian techies working on a visa or their spouses wanting to work can look forward to a more optimistic future.

Further, the US joined the Paris Climate Agreement on day 1 of Biden’s presidency, and his special envoy on climate change John Kerry is already holding parleys with various other governments.

Applauding India’s ambitious plan to produce 450 GW of energy through renewable sources by 2030, Kerry pledged to persuade other states to offer USD600 billion to India to make the decisive shift.

The Climate Fund created after the Paris Agreement was supposed to have received USD100 billion per year from developed countries but has so far got only 10 billion. So, which countries will offer India 600 billion dollars remains a mystery.

The world is still reeling under Covid-related crises. With the aim of assuming leadership of the global fight against the pandemic, Biden took the smart initiative to host the first Quad virtual summit on March 15, conveying signals to China, the ASEAN and South East region and beyond. It underlined that the Quad was using positive synergy to fight Covid 19, cooperate on the technologies of tomorrow and build reliable supply chains.

The broad message was that Quad is not an anti-China front, though it strongly opposes China’s aggressive and coercive conduct against its neighbors in the South and East China Seas where it has territorial disputes with Vietnam, Malaysia, the Philippines, Brunei, Japan and Taiwan.

The summit made a landmark decision envisaging huge investment in India to create the capacity to produce 1 billion Covid vaccines by 2022 for supply to the Indo-Pacific region thus reducing China’s influence. The Chinese government’s jittery reaction suggests it is concerned about the reemergence of Quad and its impact in the region.

The heads of government of the US, Japan, India and Australia said they stood for a free, open, prosperous and inclusive Indo-Pacific for the unimpeded flow of trade and commerce and maritime navigation and overflights. They emphasised the resolution of territorial disputes peacefully, through dialogues as per international law, and cooperation in maritime, cyber and economic security. Expansion of the Indo-Pacific east and west has also been talked about, with France, Germany and the Netherlands believed to have evinced interest in joining the Indo-Pacific.

Notwithstanding all his unpredictability, one will have to concede that both Quad and the Indo-Pacific got a blood transfusion, energy, buzz and hype because of the unambiguous support of Trump who was determined to shake the Chinese economy and push back China’s prospects of replacing the US as the Superpower.

But in the process he deepened Chinese and Russian suspicions: both think that the Indo-Pacific and Quad are essentially anti-China and aimed at obstructing its rise. The Quad virtual summit failed to allay Chinese apprehensions and Biden has no clear strategy to address them at the moment.

In his Interim National Security Strategy Biden vows to reinvigorate relations with American allies and friends and raise a voice in favour of democracies and against the violation of human rights anywhere. While his phone calls and the visit of his defence secretary Lloyd Austin to South Korea, Japan and India, and secretary of state Blinken’s forthcoming visit to Europe are right steps in that direction, his opening round with China and Russia, both declared as America’s strategic rivals, got off to a rocky start.

At the Alaska meet on March 18/19, in response to robust reiteration of America’s commitment to democracy and human rights and strong criticism of China by Antony Blinken and Jake Sullivan the national security advisor, Chinese state councillor Wang Yi and former ambassador to the USA Yang Jiechi gave a mouthful in the presence of the media, pointing out the USA’s floundering economy and questionable treatment of its minorities, and reaffirming that China would firmly safeguard national sovereignty, security and development.

Thus the Biden administration’s first encounter with China, with which it needs to address North Korea, Iran, Afghanistan and climate change, ended without narrowing their gap. With China’s economy rebounding, military might burgeoning and success in its determined pursuits on the technologies of tomorrow looking possible, the Chinese government made it abundantly clear that it would oppose every American move it sees as inimical to its interests.

Biden is visibly enraged by intelligence reports that Russia meddled in the last election. His unguarded response on a TV show that Vladimir Putin is a “killer” has plunged US-Russia relations to a new low.

Biden rightly wants to shore up relations with the EU. But his push on the Quad and Indo-Pacific is ironically bringing Russia and China closer than ever and slipping the world into a new Cold War, as Fareed Zakaria assessed.

America’s lectures on democracy and human rights sound jarring when some of its closest allies have been authoritarian rulers and it turns a blind eye to violations of human rights by those serving US interests. Its current desperation to reach an agreement with the Taliban, a most violent and undemocratic organisation that espouses medieval policies towards women, and the Black Lives Matter movement back home demonstrate America’s faultlines.

The Government of India too resents reports emanating from the USA raising fingers at India’s flawed democracy and alleged violations of human rights, and would like the Biden administration to tread carefully on these issues.

Having appointed more 50 young Indian-origin Americans in key decision making positions, Biden has hastened the political emergence of the Indian diaspora in the USA.

Visuals of the American president thrice stumbling on the stairs of Air Force One, and referring to vice-president Kamala Harris in public as President Harris, raise niggling doubts about his mental and physical health. 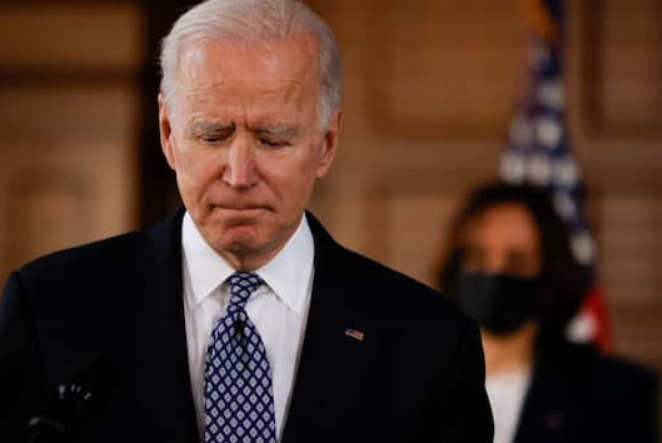