The “Moscow Format” for Afghanistan spelt out by foreign minister Sergei Lavrov in New Delhi is straightforward. Russians want all the afghan ethnicities, religious groups, political parties, plus neighbouring countries to participate in a process for an all inclusive Kabul.

Americans on the other hand would like to yoke President Ashraf Ghani and Taleban into a power sharing arrangement in Kabul. From this arrangement will flow a new constitution and an invitation to broad base the stakeholders.

Too much should not be read into the fact that Lavrov was not given time by Prime Minister Narendra Modi, something that foreign ministers from Washington, London or even the Gulf states take for granted.

American exceptionalism, particularly when its underlying basis is being persistently questioned, has to be sensitively handled. Holding back on symbolic signs of upgradation of rising power centres will be noticed in capitals New Delhi habitually clubs with: the Quad, for instance.

An almighty fly in the American ointment for Afghanistan is there for all to see. Ghani, like Barkis, may be willing to sup with the Taliban. But the Taliban are obstinately opposed to such a feast. Should anyone still anchor optimism on Zalmay Khalilzad’s capacity to pull a diplomatic rabbit out of the hat should glance at the Peace Agreement Khalilzad coaxed out of the Taliban in February last year in Doha. So eager was he to flourish an agreement that he harmed his own credibility.

The headline or the title given to the “agreement” only amplifies disagreement.

“Agreement for bringing Peace to Afghanistan between the Islamic Emirate of Afghanistan which is not recognized by the United States as a state and is known as the Taleban and the United States etc.” Obviously, the Taliban threw a ginger fit when they did not see their definition of themselves as the “Islamic Emirate” in the draft proposed by Khalilzad. He was, in other words compelled to include the phrase even though it made the US envoy look like a diplomatic eager beaver.

Russians, in their Soviet Avatar, have actually administered the country during the period of their occupation from 1980 to 1989. Soon after 9/11, the US found reasons to bomb their way into that strategic real estate. Both know the terrain.

For announcing initiatives and not being able to implement them, Barack Obama holds something of a record. Remember how demeaning of the American image, in his oft repeated utterances, was Guantanamo Bay? That dehumanizing torture centre and prison would be shut down the day he entered the White House, he promised. That facility remains in operation.

With what fanfare he announced that US troops would start withdrawing from Afghanistan “from July 2011”. Even then this reporter had predicted that the Americans were not going to leave “now nor tomorrow”. A super power enters a major theatre with one set of interests but, over a period of time, develops multiple compelling interests.

The US entered Afghanistan in its very heady sole-superpower moment. Reality dawned with the end of Lehman Brothers in September 2008, signaling the climax of the subprime mortgage crisis and the subsequent free fall of capitalist economies. Hence Obama’s urgency to cut costs and withdraw. Trump’s sidekick Steve Bannon during his spell of glory, even encouraged Erik Prince, former US Navy Seal officer and founder of the world’s largest military company, Blackwater, to dream dreams of privatizing the war in Afghanistan. In his 100 page project report, studied by the White House, Prince envisaged a “Viceroy”, exactly as the British had in India.

After going through a series of gyrations, the Trump administration set May 1, 2021 as the date for final troop withdrawal. Qualifications attended even these intentions: “interests” would be left behind to be quickly mobilized, should a post US Afghanistan be gripped in need.

President Biden is abiding by the May first deadline but there are sufficient statements, from Washington that the deadline is not cast in stone. President George W. Bush, Vice President Dick Cheney, surrounded by the “neo-cons” saw an American century right there, within grasp when the occupation began. And now the US is contemplating withdrawal from its 20 year involvement at a time when its plummeting self esteem is being maliciously watched globally. Is this the right psychological moment for it to pick its chips and walk away from the game?

Why then would the US military industrial complex not sketch a posture of greater aggression, quite the opposite of withdrawal? After all, the Obama-Kerry team had brought Iran into a West Asian balance of power by signing the nuclear deal, because the “pivot-to-Asia” was beckoning the White House for a more hands-on engagement to manage China.

Alarm bells on that count have reached a deafening pitch. Harvard Professor Graham Allison’s Thucydides Trap is only one of the dreadful images being cited. Allison’s thesis based on the Greek historian’s insights is not to be trifled with: when an established power is challenged by a rising power, war takes place. According to Allison, in the past 500 years, there have been 16 cases in which a rising power threatened to displace a ruling one. Twelve of these ended in war.

Against this perspective, why would the hawks in Washington not salivate at China’s vulnerabilities in Xinjiang. What better launching pad to insert Islamic militants, freshly flown from Syria, for instance, to mingle among the restive Uighurs?

Again, the might of the US will be pitted against the consolidated power of China and Russia. Even during the sole super-power days, when the US tried to sideline the Russians in Kosovo, the Russians defiantly barged in and occupied Pristina airport in 1999. In 2015 Russians again spoilt America’s game in Syria. And now when not just Xinjiang but even the Caucasus can be exposed to imported Islamism, will Moscow, backed by China, allow the US to do as it pleases in Afghanistan? 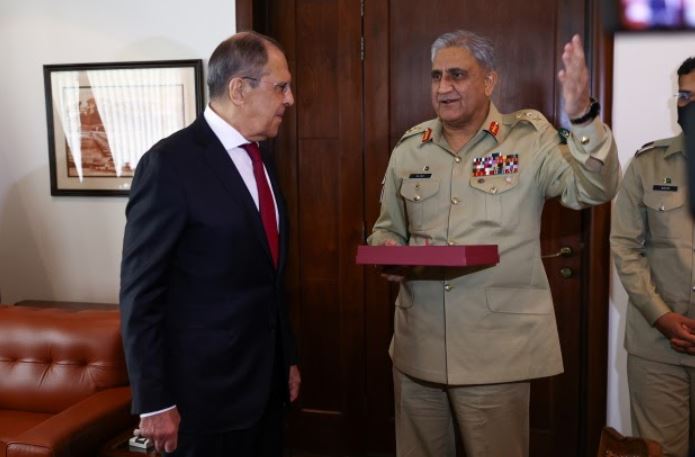