The spectre haunting India today is that its worst case scenario in Afghanistan is becoming reality — a Taliban takeover. Delhi watches with disquiet the United States unceremoniously dumping its “conditions-based” troop withdrawal agenda, cutting loose and quitting the war.

The salience of the background press call Tuesday by a senior White House official is that the drawdown may have begun unnoticed and would be over much before the proposed timeline of 11th September. There isn’t going to be a NATO mission anymore to train or advise the Afghan armed forces. Any residual US military presence will be solely to provide security for the American diplomatic compounds.

The White House official reiterated more than once that the drawdown decision taken by President Joe Biden will not be “conditions-based” — namely, it stands delinked from the outcome of the Afghan peace process or an Afghan settlement through intra-Afghan talks. Washington assumes that the Taliban will allow an “orderly” withdrawal.

Evidently, if Biden has chosen to abandon his stated original plans to keep a strong intelligence presence and special operations forces in Afghanistan, that is primarily due to the Taliban’s refusal to compromise on the terms agreed upon under the Doha pact of February last year.

The support the Taliban enjoys in this regard from Russia, China, Iran and Pakistan in this regard enables it to force such an ultimatum — check and checkmate. And, in retrospect, the mission undertaken by Russian Foreign Minister Sergey Lavrov to Islamabad recently proved decisive.

Biden had a call with Russian president Vladimir Putin Tuesday and amongst other issues, sought the latter’s cooperation in Afghanistan, something the US kept rejecting all through the past 19 years of the war. Presumably, the US regards the resurgence of al-Qaeda in Afghanistan to be a “genuine threat… [which] needs to be met with vigilance.”

A Taliban takeover in Kabul is on the cards in a foreseeable future. The Annual Threat assessment of the Director of National Intelligence, made public also on Tuesday, says the following with regard to the Afghan situation:

“We assess that prospects for a peace deal will remain low during the next year. The Taliban is likely to make gains on the battlefield, and the Afghan Government will struggle to hold the Taliban at bay if the [US-led] coalition withdraws support.

. Kabul continues to face setbacks on the battlefield, and the Taliban is confident it can achieve military victory.

. Afghan forces continue to secure major cities and other government strongholds, but they remain tied down in defensive missions and have struggled to hold recaptured territory or reestablish a presence in areas abandoned in 2020.”

Unsurprisingly, Biden senses the futility of any form of continued US military presence in Afghanistan. The only concern today is that al-Qaeda no longer poses a threat to the US “homeland” and even if a future threat were to emerge from Afghanistan, it can be tackled from the US bases in West Asia.

What are India’s options in these gloomy circumstances? Alas, the US is in no position to give any assurances to India. After years of diligent coordination with the US policies in Afghanistan, India finds itself stranded. India faces acute isolation regionally too insofar as all major regional states — Russia, China, Iran and Pakistan — have put in place the underpinnings of security to cope with a future Taliban-ruled Afghanistan.

Their top priority is that the US should vacate its occupation, which they see as the root cause of instability. They all kept direct lines of communication with the Taliban whom they see as a legitimate participant in any enduring Afghan settlement. But India continued to brand the Taliban as a terror group and its tense relations with Pakistan clouded its judgment.

Interestingly, the following is the prognosis of the US intelligence agencies for India-Pakistan relations in the period ahead, as reflected in the DNI report: “Although a general war between India and Pakistan is unlikely, crises between the two are likely to become more intense, risking an escalatory cycle. Under the leadership of Prime Minister Narendra Modi, India is more likely than in the past to respond with military force to perceived or real Pakistani provocations, and heightened tensions raise the risk of conflict between the two nuclear-armed neighbours, with violet unrest in Kashmir or a militant attack in India being potential flashpoints.”

The DNI report claims that “information available as of 9 April 2021 was used in the preparation of this assessment.” Plainly put, Washington doesn’t take seriously the credibility of the much-touted India-Pakistan “back channel” to improve relations. On the contrary, it sees an inevitable escalation of India-Pakistan tensions under PM Modi’s watch.

Pakistan, which has invested heavily through past 4 decades to install a friendly government in Kabul — and is about to achieve that final objective — will be wary of India’s role in a Taliban-dominated dispensation. Perhaps, India can hope to claw its way up the greasy pole by working with a Taliban government patiently, thoughtfully with a long term perspective. But then, India should show strategic patience and resist the temptation to be a “spoiler” in the turbulent months ahead or get entangled in some foolhardy enterprise of “anti-Taliban resistance”.

Certainly, the recent visits by a string of erstwhile Northern Alliance leaders to Delhi as state guests could have been avoided. The point is, it’s a reasonable assumption that once ensconced in power, Taliban may still welcome Indian assistance. Why should India burn its bridges?

To be sure, the “forever war” in Afghanistan is ending on a sombre note. The US has barely managed to avoid a humiliating defeat. The final legacy will be that there are limits to American power. India will do well to bear this mind as it consorts with the Quad.

Nonetheless, an apocalyptic situation that many Indians and self-serving American analysts predict may not come to pass — civil war, the fall of provincial capitals, a deadly battle for Kabul and the country tumbling back into the Middle Ages and a primitive version of Islam.

On the contrary, it is entirely conceivable that the native genius of Afghan people to make compromises and reach consensus when left to themselves will be in play in an environment where they are free of foreign occupation. The Istanbul Conference on the Afghan Peace Process slated for April 24 may turn out to be a dress rehearsal.

The stated objective of the conference is to “reach a set of shared, foundational principles that reflect an agreed vision for a future Afghanistan, a road map to a future political settlement and an end to the conflict.” With Biden’s decision on troop withdrawal, there will be an added sense of urgency to constitute an interim government in Kabul. Equally, the peace process gains in gravitas with the entry of the Organisation of Islamic Conference as potential peacekeeper.

Make no mistake, Pakistan, like other regional states, is also a stakeholder in Afghanistan’s stability, and its interests henceforth would lie in geo-economics, riveted on the CPEC and China’s Belt and Road Initiative. We may expect in a not-too-distant future Afghanistan joining the Shanghai Cooperation Organisation as a member.

In the final analysis, India’s Afghan policy failed due to the ruling elite’s obsessive enmity toward Pakistan. The international community recognises that Pakistan has legitimate interests in Afghanistan and accepts that it has a crucial role to play in the peace process. Thus, India got marginalised due to its zero-sum mindset. There is no one to blame but itself. 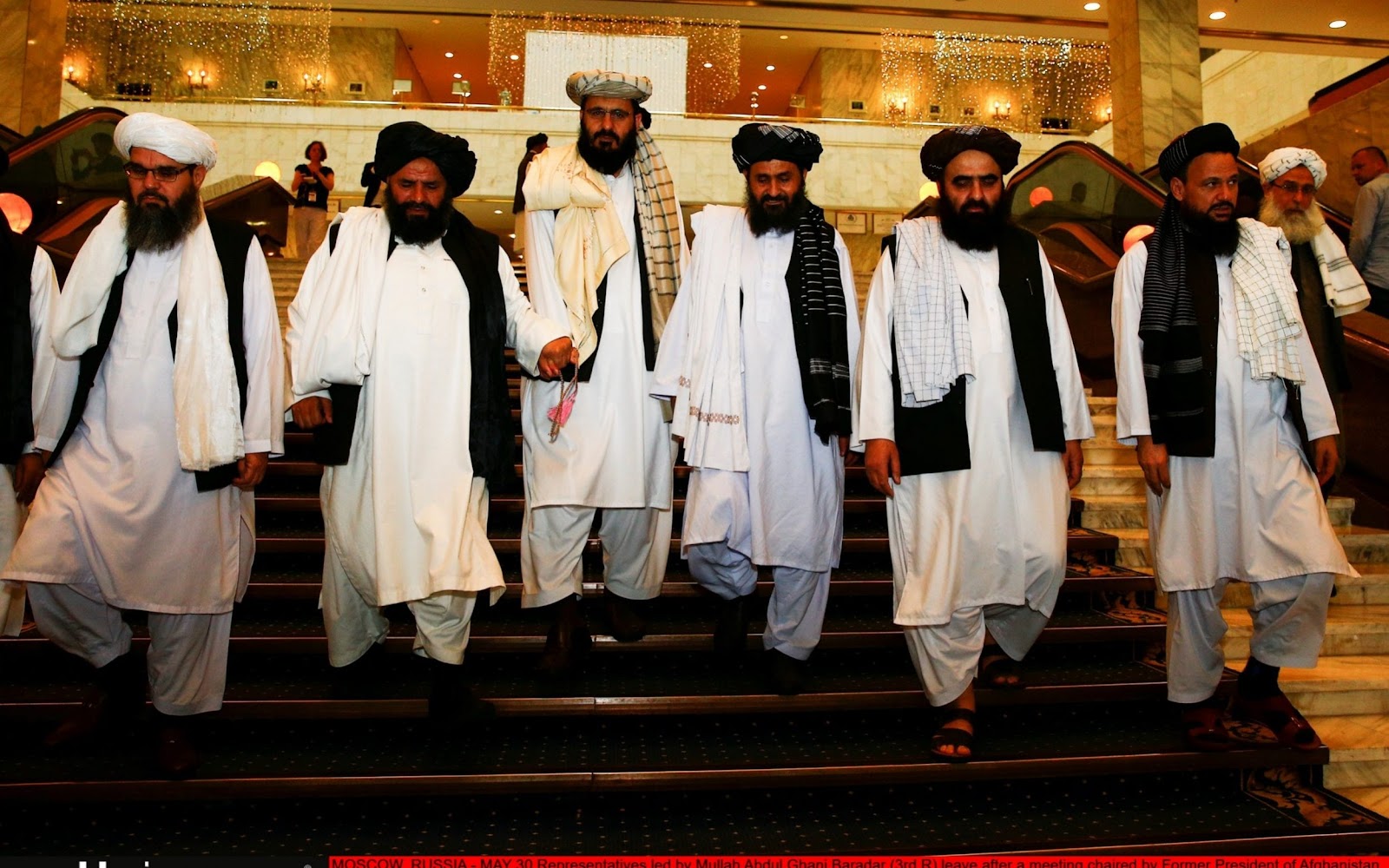