Myanmar- Could Travellers be the New Ambassadors of Hope?

Abandoning a country so dependent on tourist goodwill and dollars could play right into the hands of a thuggish junta that thrives in the shadows.

AS vaccination campaigns roll out, attention will turn once again to travel and the all too familiar tragedy being re-enacted in Myanmar. Is ostracism a heroic show of solidarity with democratic activists, already cut off from the world? Or is it hugely counterproductive?

As George Orwell wrote in Burmese Days, published in 1934, “Beauty is meaningless, until it is shared.” The country remains beautiful, mysterious, tormented, secluded, and shrouded in secrecy – a magnet, equally, for travellers, shady tycoons, and punitive embargoes.

Myanmar has remained under the serial offender spotlight for the junta’s heavy-handed suppression of the democratic instinct, first with Ne Win’s coup d'état in 1962, which ushered in a painful and unworkable brand of autarkic socialism under his Burma Socialist Programme Party, then with blundering military rule by the State Law and Order Restoration Council (SLORC) that crushed the 1988 student uprising.

SLORC later made a surprise decision to hold elections in 1990 (won by Aung San Suu Kyi’s National League for Democracy) before invalidating those results and placing her under house arrest. By the time of the November 2020 elections in which the NLD swept the polls once again only to be followed by a military coup in February 2021, this had become a wearingly familiar farce.

The colonial rulers, referred to in Orwell’s book as, “A dull, decent people, cherishing and fortifying their dullness behind a quarter of a million bayonets,” have been replaced by an equally dull but far more lethal junta, unversed in and unwilling to adopt the principal of ‘one man one vote’.

The long simmering northern Rakhine state conflict with murky origins in the Second World War when the Rohingya Muslims and local Buddhists picked opposing sides (the latter teamed up with the Japanese), has been another ongoing tragedy. Fearing the historic mujahiddeen leaning towards autonomy or even absorption by Bangladesh (formerly East Pakistan), Muslim apartheid has become an unspoken state policy, fiercely backed by Buddhist prelates. Even Suu Kyi, a poster child of the Western media, who won the 1991 Nobel Peace Prize for her non-violent struggle, shunned the Rohingya after resuming her political life as State Councillor in 2016.

In fact, there has never been a dull moment in Myanmar, since Orwell’s departure. Once again, cries for a travel boycott of Myanmar along with harsh economic penalties, are mounting. But is further isolation feasible, or the right tonic for the liberation of a reclusive state that even today resembles a daguerreotype, circa 1950?

If attendance at the March 27,2021 annual military parade by the Tatmadaw (the Myanmar military) was any indication, China, Thailand, India, Bangladesh, Russia, Pakistan, Laos, Vietnam, have signalled their intention to stick close to the junta. This is cold economics and realpolitik at work. Yet, it is Myanmar’s contiguous neighbours as well as ASEAN who should be marshalling diplomatic pressure, brokering talks, and developing an exit strategy for the junta before it crosses the Rubicon.

Activist group Justice for Myanmar and others of this ilk are right to call for tough sanctions on military backed business, from gems and mining to palm oil, sugar, breweries, and tourism. Yet, as history often shows, sanctions rarely work unless they are watertight, or paired with other carrot-waving initiatives.

With no strong enforcer in the region, embargoes are doomed. China and Thailand are heavily invested in the country while increasingly autocratic Muslim-baiting India may be tempted to ride with the Tadmadaw as it seeks to re-enter a former colonial sphere of influence.

Travel industry employment in the region is a huge consideration. In 2019 China had over 29 million people employed in this sector, India 27m, Thailand 2.4m, and Bangladesh 1.2m. By comparison, the Union of Myanmar Travel Association (UMTA) estimated that in mid-2020 about 800,000 people were directly employed in tourism with indirect employment climbing to over 1.5m.

While not a major player like the Maldives (which secures 28 percent of its annual GDP through tourism and had already pulled in a stonking 250,000 visitors in the first quarter of 2021), a country like Myanmar generated a modest 6.7 percent of its GDP through travel in 2019.

Yet, the informal dependency on tourism is far higher than this figure might suggest once you take into account hotel and airline employees (and their families), engineers, fuel suppliers, laundry service providers, tour agents, handicraft businesses, restaurants, cleaners, speciality stores, local shops, and transportation.

Travel, with its people-to-people interaction and direct spend, is a genuine multiplier. Change is rarely wrought through isolation. One does not need to look farther than North Korea to realise that extreme seclusion is an experiment in perversity. If your neighbour is beating his wife every day, simply harrumphing grandiosely and looking the other way every time you pass will not have any ameliorating effect.

There is oftentimes a tendency to confuse a regime with its peoples. Brutal regimes thrive in the dark. Targeted tightening of economic pilliwinks and individual sanctions are a vital part of the solution to demonstrate civilised governments mean business and that bad behaviour will not win a seat at the club.

But the chief message of cheer – as well as comfort from the outside world – comes with the messenger, the traveller, who buys, tips, drinks, entertains, explores, chats, and then does it all again the next day. That is what keeps hope alive, and life-saving dollars in circulation.

It demonstrates, very tangibly, that the people have not been forgotten. It is something travellers need to think deeply about as they weigh compassion, conscience, and common sense as and when borders reopen. 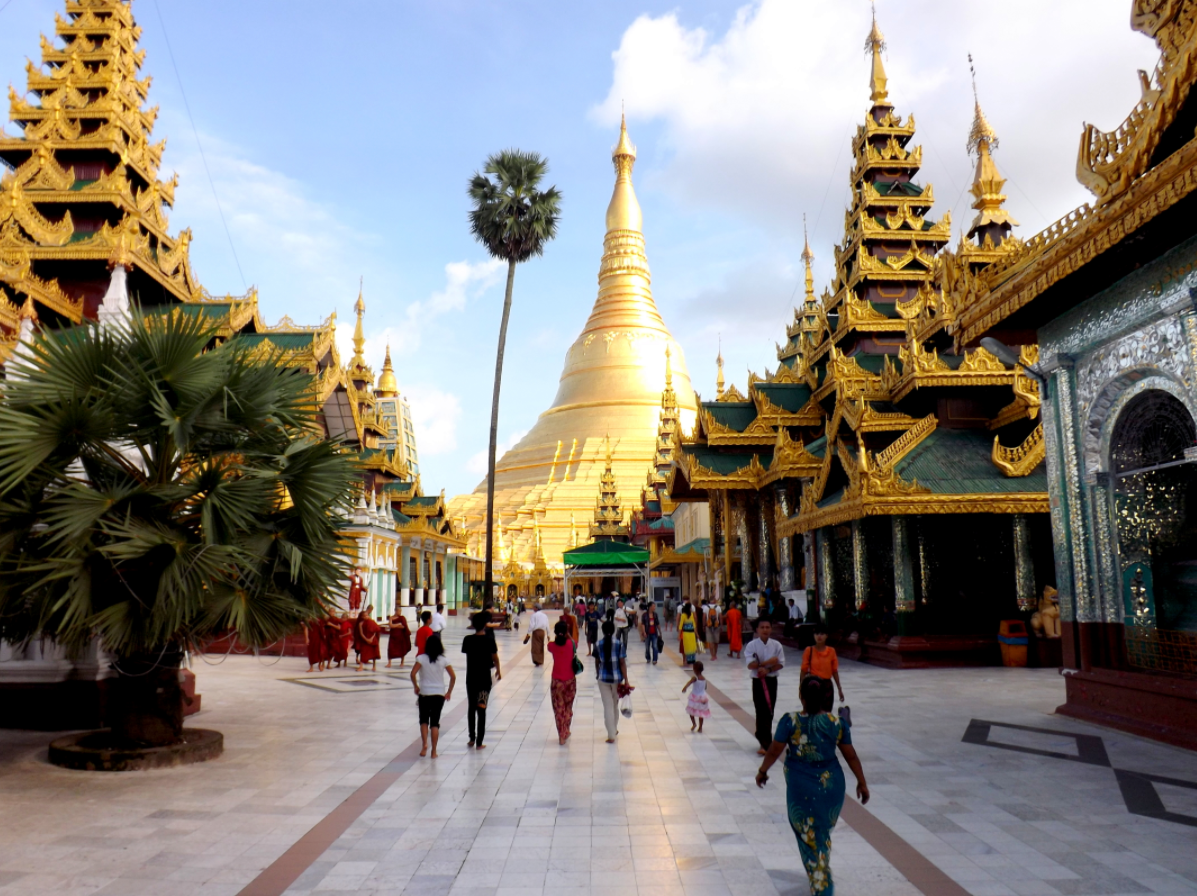