US Watchdog on Religious Freedom Proposes Targeted Sanctions Against India

COLOMBO: The latest annual report of the United States Commission on International Religious Freedom (USCIRF) has designated India as a “country of particular concern,” and has suggested targeted sanctions on individuals and entities responsible for severe violations of religious freedom by freezing those individuals’ or entities’ assets and/or barring their entry into the United States.”

The report covering events in 2020, accuses India of “engaging in and tolerating systematic, ongoing, and egregious religious freedom violations, as defined by the International Religious Freedom Act (IRFA).”

The USCIRF has further recommended that the US “advance human rights of all religious communities in India and promote religious freedom and dignity and interfaith dialogue through bilateral and multilateral forums and agreements, such as the ministerial of the Quadrilateral.”

“The US Congress should continue to raise religious freedom concerns in the US India bilateral relationship and highlight concerns through hearings, briefings, letters, and congressional delegations,” the commission said.

In early 2020, the passage of the religiously discriminatory Citizenship (Amendment) Act (CAA)—a fast track to citizenship for non-Muslim migrants from Afghanistan, Bangladesh, and Pakistan residing in India—led to nationwide protests against the CAA and spurred state and non-state violence, largely targeting Muslims.

In February, the worst Hindu-Muslim mob violence in more than three decades erupted in Delhi. More than 50 people died and 200 others were injured, mostly Muslims. Mobs sympathetic to Hindu nationalism operated with impunity, using brutal force to single out Muslims, attack mosques, and destroy homes and businesses in majority-Muslim neighborhoods.

The Delhi Minorities Commission investigated and found that the violence and allegations of police brutality and complicity were “seemingly planned and directed to teach a lesson to a certain community which dared to protest against a discriminatory law.” Citing COVID-19 concerns, in March police cleared the Shaheen Bagh protest in Delhi—a peaceful sit-in that had lasted more than 100 days and was led by Muslim and non-Muslim women protesting the CAA.

In conjunction with a proposed National Register of Citizens (NRC) requiring all residents to provide documentation of citizenship, the CAA could subject Muslims, in particular, to “statelessness, deportation or prolonged detention.”

The northeastern state of Assam provides a chilling example: in 2019, a statewide NRC was implemented in Assam that ultimately excluded 1.9 million residents (both Muslims and Hindus) from the citizenship register. In some cases, families who had resided in India for generations were excluded; in other cases, a family member was included on the citizenship register while another was not.

The consequences of exclusion—as exemplified by a large detention camp being built in Assam—are potentially devastating and underscore concerns about the impact such laws may have if extended to other states or nationwide.

The USCIRF highlighted this weaponization of citizenship laws and the potential for atrocities in a March hearing.

Another set of policies raising significant concerns—and too often resulting in violence—are the efforts to prohibit interfaith marriages or relationships using the false narrative of “forced conversion.” In late 2020, Uttar Pradesh, India’s most populous state, passed an ordinance voiding any marriage conducted for the “sole purpose of unlawful conversion or vice-versa.”

At the beginning of the COVID-19 pandemic, disinformation and hateful rhetoric—including from government officials—often targeted religious minorities, continuing familiar patterns. Disinformation and intolerant content have emboldened intimidation, harassment, and mob violence in recent years, including numerous instances of violence mainly against Dalits, Muslims, Christians, Adivasis, and other religious communities.

Government action—including the acquittal of all individuals accused of demolishing the Babri Masjid mosque—as well as government inaction to address religious violence contributed to a culture of impunity for those promulgating hate and violence toward religious minorities. At the same time, the government cracked down on those expressing dissent, including detaining and even accusing individuals of sedition for their actual or perceived criticism of the CAA and other governmental (in)actions.

The Indian government’s response is usually and typically dismissive. Is stand is that India can do no wrong, that outsiders are ill-informed, that outsiders have no right to comment and that their comments will be treated with the contempt they deserve.

According to media reports the spokesperson of the Ministry of External Affairs said: “ We reject the observations on India in the USCIRF Annual Report. Its biased and tendentious comments against India are not new. But on this occasion, its misrepresentation has reached new levels. It has not been able to carry its own Commissioners in its endeavor. We regard it as an organization of particular concern and will treat it accordingly.”

In the current report only one USCIRF commissioner has dissented on the recommendations. 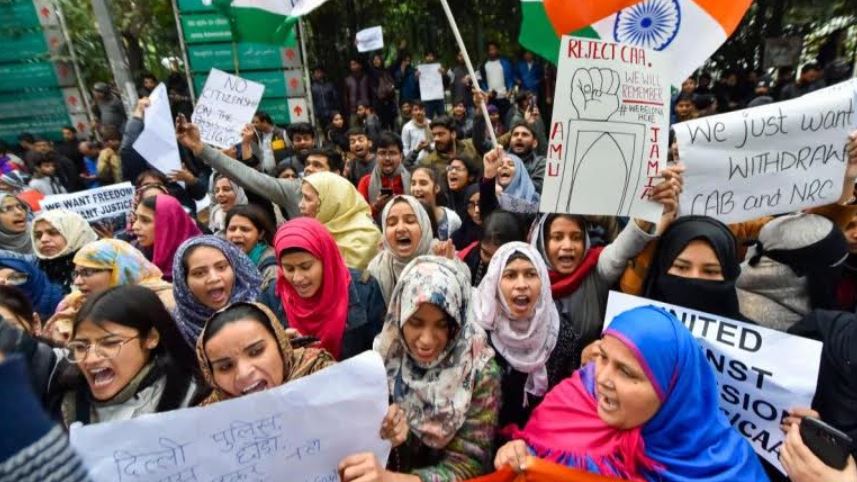