After Turkey spent millions of dollars in lobbying over many decades to prevent Washington recognising the Armenian Genocide, U.S. President Joe Biden finally uttered the word genocide in the first and last sentence of a four paragraph press release posted on Saturday:

“Each year on this day, we remember the lives of all those who died in the Ottoman-era Armenian genocide and recommit ourselves to preventing such an atrocity from ever again occurring… the American people honour all those Armenians who perished in the genocide that began 106 years ago today.”

In the week leading up to Biden’s official recognition, speculation was running rife that he was preparing to recognise the Turkish-perpetrated massacres against the Armenians in the early 20th century as genocide. In fact, Biden contacted his Turkish counterpart Recep Tayyip Erdoğan about his intentions the day before the announcement.

The conversation, Biden’s first direct contact with Erdoğan since becoming president, was described as “tense,” something very uncharacteristic in U.S.-Turkish relations. This indicates that there is a change of behaviour in Washington towards Ankara, especially considering that Biden spoke with Greek Prime Minister Kyriakos Mitsotakis all the way back on March 25, the Greek independence day.

Biden’s huge delay in speaking with Erdoğan testifies to the fact that U.S. policy now places less importance on Turkey than during the Cold War and post-Soviet unipolar era. Following Biden’s conversation with Mitsotakis, the White House posted an extensive press release emphasising positive relations. In comparison, following the conversation with Erdoğan, the White House press release was only two sentences long and called for the “effective management of disagreements.”

This is unprecedented in U.S.-Greece and U.S.-Turkey relations, especially when Greece and Turkey are historical rivals that have traditionally competed for Washington’s favour, with the Turks usually winning out.

Not a single U.S. Senator or Member of Congress defended the Turkish side to oppose the Armenian Genocide recognition, something that Turkish journalist İlhan Tanır highlighted is “contrary to the past.” Tanır also explained that the Armenian Genocide recognition is “a historic defeat for the Turkish Foreign Ministry. This comes after decades of efforts and lobbying and shows how weakened the Turkish official position [is] in foreign capitals, especially in Washington.”

According to pro-Biden CNN, the long period without communication between the U.S. and Turkish presidents is a sign that Biden is giving less significance to Washington’s relationship with Ankara. This is in stark contrast to the “bromance” former U.S. President Donald Trump had with Erdoğan. On October 29, 2019 the House of Representatives passed a resolution to recognise the Armenian Genocide on a 405–11 vote, and the Senate unanimously passed the resolution that December 12.

Although the title of the resolution only mentions the Armenian Genocide, its content specifically mentions the “genocide against Armenians, Greeks, Assyrians, Chaldeans, Syriacs, Arameans, Maronites, and other Christians” – a total of three million people. However, Trump opposed recognition due to his unwillingness to jeopardise his personal business dealings in Turkey.

Armenian Genocide recognition by the U.S. is not about Washington wanting to come closer to the Republic of Armenia or anything of the like, but is an indication that complete appeasement towards Turkey is coming to an end. Although Armenians throughout the world are undoubtedly on a euphoric high after decades of lobbying finally resulted in Washington’s genocide recognition, the truth of the matter is it has no direct bearing on Armenia.

It must be remembered that the U.S. greenlit the 1974 Turkish invasion of northern Cyprus, tolerates the endless persecution of Kurds, journalists, academics and others in Turkey, and did nothing to stop the invasion and demographic change of northern Syria, among many other actions outside of international law. Biden’s recognition of the Armenian Genocide is a cheap show of his supposed “ruled-based international order” policy – whilst he still tolerates today’s genocide-like actions by the Saudis in Yemen.

Rather, belated recognition of the genocide comes in response to Turkey buying the Russian-made S-400 missile system, its economic pivot towards China, its cooperation with Moscow and Tehran to weaken U.S. influence in Syria, and its attack against U.S.-backed Kurdish forces in Syria, among a plethora of other reasons.

A deep and sudden concern for Armenians and their history, or even the recent Turkish-Azeri war crimes in Nagorno-Karabakh, is not a motivating factor in Biden’s genocide recognition. Although Turkish media described the recognition as a “scandal” and Turkish Foreign Minister Mevlüt Çavuşoğlu said it was “political opportunism,” the only scandal and politicisation was Washington’s refusal to recognise the genocide for decades due to the long-held belief that all Turkish interests must be appeased so it can remain an integral part of NATO aimed against Russia.

Despite Turkey being endlessly appeased by the U.S. for decades, it did not stop Erdoğan from pursuing an independent path away from NATO. In this way, although Biden injected a boost of exultation and jubilation for Armenians worldwide after they suffered a national trauma last November with the loss of large swathes of Nagorno-Karabakh, U.S. policy towards Yerevan will likely remain unchanged: disinterested.

However, what genocide recognition does indicate is that the Cold War-era tolerance and appeasement of Turkish aggression is coming to an end, so long as Erdoğan remains in power and acts against the direct interests of Washington. 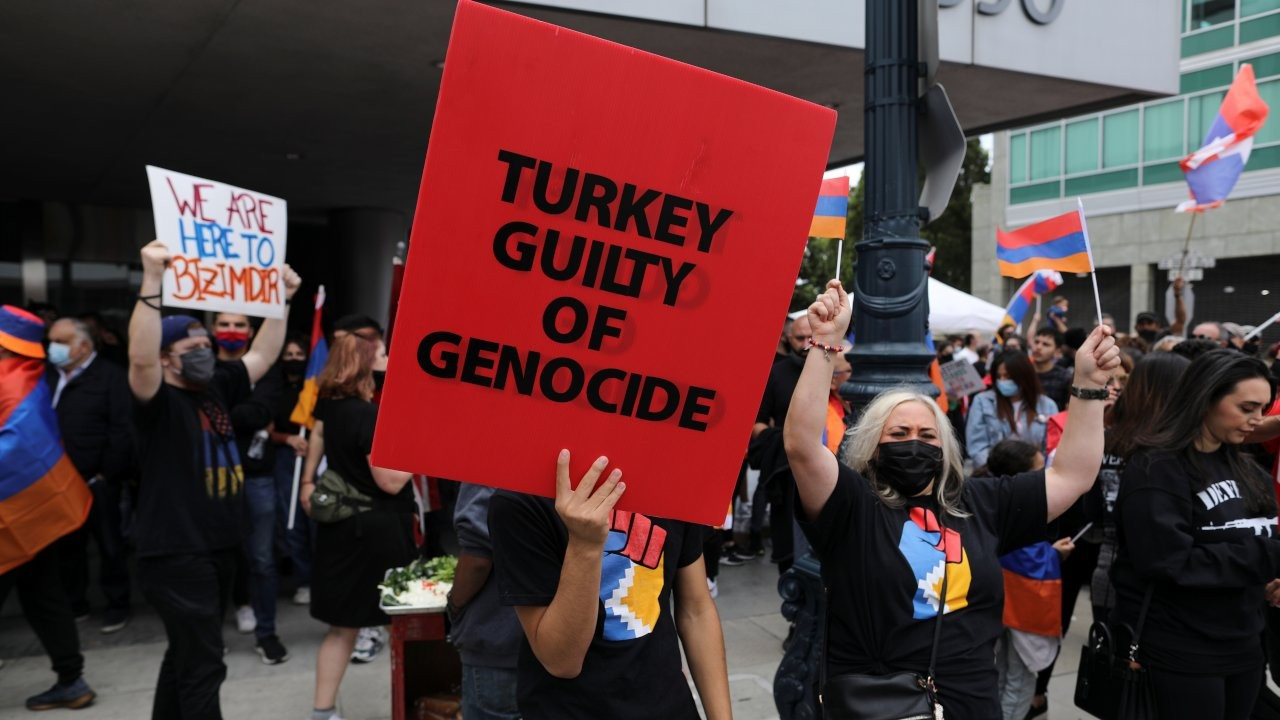