COLOMBO: The “Independent Panel for Pandemic Preparedness and Response” has called upon member States of the United Nations to request the UN Secretary-General to convene a special session of the UN General Assembly to reach an agreement on the reforms needed to avert pandemics.

Co-chaired by Helen Clark, a former Prime Minister of New Zealand, and Ellen Johnson Sirleaf, a former President of Liberia, the panel sought the adoption of a “political declaration” by the Heads of State and government committing themselves to a binding global policy and the mechanisms to match.

The panel urged the setting up of a “Global Health Threats Council” (GHTC) at the most senior level to secure high-level political leadership and ensure that attention to pandemic prevention, preparedness and response is sustained over time to guarantee a “world without pandemics.”

The GHTC should be an “inclusive and legitimate voice of authority with the ability to utilize both accountability mechanisms and provide access to financing to ensure preparedness as well as response at the national, regional and global levels,” the panel said.

It called for a “Pandemic Framework Convention” within the next six months, to be facilitated by WHO and with the clear involvement of the highest levels of government, scientific experts and civil society.

“Our message for change is clear: no more pandemics. If we fail to take this goal seriously, we will condemn the world to successive catastrophes,” the panel declared and listed the global damage done by COVID-19.

“This is the deepest shock to the global economy since the Second World War and the largest simultaneous contraction of national economies since the Great Depression of 1930–32. 115–125 million people have been pushed into extreme poverty,” the panel observed.

But, sadly, too many national governments have lacked solid preparedness plans, core public health capacities and organized multi-sectoral coordination with a clear commitment from the highest national leadership, the panel pointed out. This, plus vaccine nationalism, vaccine brand competition and vaccine denial, will cost the world dearly.

The COVID-19 Vaccines Global Access Facility (COVAX Facility), is making progress but has been hampered by a lack of sufficient funds and by vaccine nationalism, and vaccine diplomacy. COVAX has secured 1.1 billion vaccine doses and has optioned 2.5 billion more. Before the end of April, one billion vaccine doses were administered, but sadly, overwhelmingly in high-income or upper-middle-income countries.

Therefore the panel urged high income countries to provide the 92 low and middle income countries at least one billion vaccine doses no later than 1 September 2021 and more than two billion doses by mid-2022, to be made available through COVAX and other coordinated mechanisms.

The panel called for an all-out effort to reach the world’s population with vaccines within a year and set in place the infrastructure needed for at least 5 billion booster doses annually. It also suggested setting up manufacturing capacity in low- and middle-income regions so that 5.7 billion people in the world aged 16 and over are vaccinated.

The panel appealed to the G7 countries to provide 60% of the US$ 19 billion in 2021 for vaccines, diagnostics, therapeutics and strengthening health systems with the remainder being mobilized from others in the G20 countries.

The panel urged increase in the production of, and access to, COVID-19 tests and therapeutics, including oxygen, should be scaled up urgently in low- and middle income countries with the full funding of US$ 1.7 billion for needs in 2021 and the full utilization of the US$ 3.7 billion in the Global Fund’s COVID-19 Response Mechanism Phase 2 for procuring tests, strengthening laboratories and running surveillance and tests.

The panel called for the strengthening of the independence, authority and financing of WHO. “The quality, timing and clarity of the technical advice and direction WHO provides to the world are of the utmost importance, but the way WHO is financed today has serious impacts on the quality of the organization’s performance. Its precarious financing is a major risk to the integrity and independence of its work,” the panel said.

The panel noted that the 2003 SARS pandemic propelled a decade-long negotiations to revise and broaden the International Health Regulations (IHR) to a rapid conclusion. The current regulations were adopted in 2005, setting out legally binding duties for both States and WHO in notification and information-sharing, prohibitions on unnecessary interference with international travel and trade, and cooperation for the containment of the disease.

Since the 2009 H1N1 influenza pandemic, at least 11 high-level panels and commissions have made specific recommendations in 16 reports to improve global pandemic preparedness. However, implementation has been poor.

The panel regrets that the pandemic and other health threats have not been elevated to the same level of concern as threats of war and terrorism.

“When steps have been explicitly recommended, they have been met with indifference by Member States, resulting in weakened implementation that has severely blunted the original intentions. Pandemics pose potential existential threats to humanity and must be elevated to the highest level,” the panel urged.

It regretted that too many national governments have lacked solid preparedness plans, core public health capacities and organized multi-sectoral coordination with a clear commitment from the highest national leadership.

This is the reason why the panel has called for the involvement of the UN Secretary General, the UN General Assembly, and the heads of governments and States in formulating both macro and micro objectives, and putting into place mechanisms to meet those objectives mandatorily in a systematic and non-discriminatory manner. 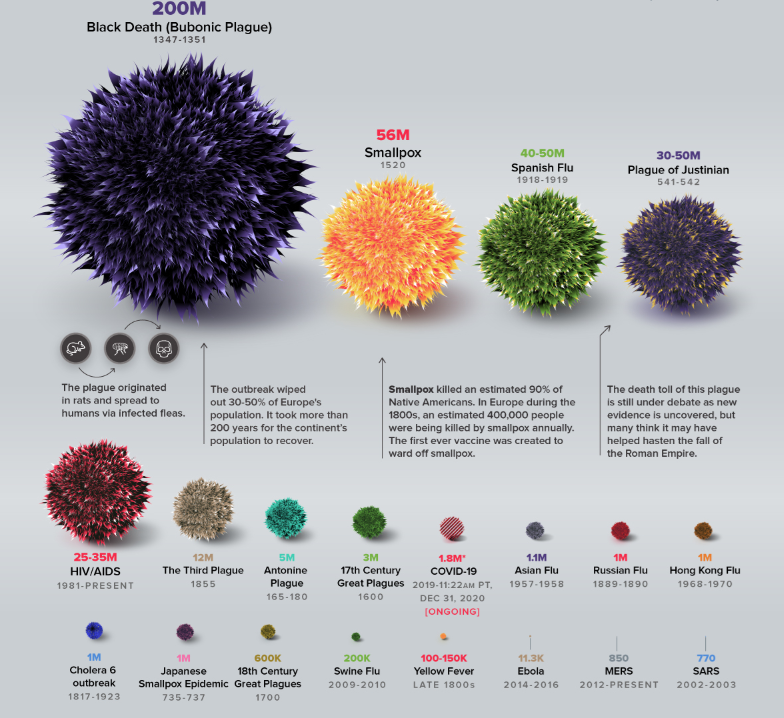