'Life is not as transparent as most of us think,' warns U.S. media exposing spy network

An intensive two-year investigation by Newsweek that involved 600 resumes and 1,000 job postings, dozens of Freedom of Information Act requests, and scores of interviews with participants and defense decision-makers, discovered that the American military is running a massive 60,000-person strong secret army, many working under masked identities and in low profile, but all part of a broad program called “signature reduction.” According to Newsweek, Congress has never even held a hearing on the subject despite this secret army challenging U.S. laws, the Geneva Conventions, the code of military conduct and basic accountability.

The report discovered that as part of this secret operation, so-called “shadow warriors” operate globally, including in Pakistan and West Africa, but even behind enemy lines in North Korea and Iran. Newsweek described their actions as “nefarious operations [that] the United States decries when Russian and Chinese spies do the same.”

This is a significant shift in narrative. Traditionally Western media portrayed the U.S. as an innocent victim of overseas espionage emanating mostly from Russia and China. Despite the mountains of evidence that existed before this report, this is a rare public acknowledgement that the U.S. has secret operations being performed on a massive scale.

U.S. spying methods are so advanced that there are even various biometrics defeat systems used in the fake passports of these American operatives, some physical and some electronic. One such program, "Vault 7", was exposed by Wikileaks in early 2017 and revealed over 8,000 classified CIA tools used in the covert world of electronic spying and hacking, called ExpressLane. U.S. intelligence embeds malware into foreign biometrics and watchlist systems, allowing American cyber spies to steal foreign data.

One coder working for Wikileaks in Berlin, hesitant to use his real name because of fear of indictment to the U.S., explained that: “Imagine for a moment that someone is going through passport control. NSA or the CIA is tasked to corrupt – change - the data on the day the covert asset goes through. And then switch it back. It's not impossible.”

The Newsweek report explains that an “unprecedented shift has placed an ever greater number of soldiers, civilians, and contractors working under false identities, partly as a natural result in the growth of secret special forces but also as an intentional response to the challenges of travelling and operating in an increasingly transparent world. The explosion of Pentagon cyber warfare, moreover, has led to thousands of spies who carry out their day-to-day work in various made-up personas.”

However, although the New York-based media outlet presents this as a huge scoop that has never been uncovered before, these U.S. spy operations have been unveiled for years by the likes of Wikileaks, hence the Vault 7 reference in their report, but also by foreign actors such as Russia, China and India who have all caught American spies red-handed. The outlet explained that these highly advanced spying mechanisms are not only for U.S. counter-terrorism efforts, but is part of the Pentagon's shift towards great power competition with Russia and China—competition, influence, and disruption “below the level of armed conflict,” or what the military calls warfare in the “Gray Zone,” a space “in the peace-conflict continuum.”

This is effectively an omission that these efforts are primarily targeted against Russia and China, with counter-terrorism a secondary factor. The fact that an intense cyberwar is ongoing in a “gray zone” shows that Washington has no interest in reaching a consensus with Russia and China and would rather maintain this low-level conflict.

The Newsweek report ends with a chilling sentence however: “modern life is not as transparent as most of us think.” Western liberalism espouses a belief of “freedom” and “liberty”, but rather, as proven by this latest U.S. spying report, every facet of an individual’s life can be spied on and manipulated. It is for this reason that retired four-star U.S. admiral John Richardson said “the military services should be asking more questions about the ethics, propriety and even legality of soldiers being turned into spies and assassins, and what this means for the future.”

As the report revealed, this secret army “carries out domestic and foreign assignments, both in military uniforms and under civilian cover, in real life and online, sometimes hiding in private businesses and consultancies, some of them household name companies.”

And it appears that these advanced spying methods and “shadow warriors” are also used against U.S. citizens. 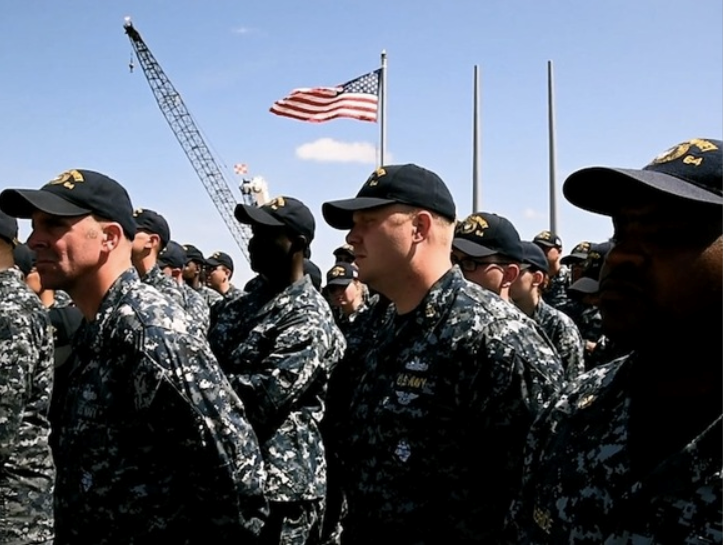