Gaza is Netanyahu’s Gateway to Power

Hamas was baited, and it fell for it

I received a forward on social media, which could have been a funny meme had it not been for the tragic circumstances – two ladies arguing, with one pointing menacingly at the other and saying ‘God promised me your house, so I’m taking it and that’s that!’.

Below the picture was the punch line ‘Don’t like this argument? Now you know how it feels to be Palestinian’!

That in essence, is the substantive issue, as all other subtexts of religious extremism, terror, conspiracy, Ummah-Zionism etc., are subsequent mutations and individual perceptions.

In 1947 the General Assembly of the United Nations created a committee on Palestine, which proposed, ‘an independent Arab State, an independent Jewish State, and the City of Jerusalem.....the last to be under an International Trusteeship System’. Today, but for a Jewish State, the fractured and enfeebled Palestine of Gaza Strip and West Bank exists, whereas, Jerusalem is getting appropriated and encroached, routinely violating all international laws and UN resolutions.

The genesis of the current violence that precedes the Hamas rockets is the hanging fate of the predominantly Palestinian neighbourhood, Sheikh Jarrah.

So brazenly provocative have been the recent Israeli moves, that the usually mealy-mouthed condemnation from the US State Department was forced to declare the latest Israeli belligerence, as inimical to the agreed, ‘Road Map for Peace’.

Also, conflating the Palestinian issue to the violent expressions of an organisation like Hamas, is like equating the legitimacy of the Uighur grouse in China with the parallel antecedents of violent groups like the East Turkestan Islamic Movement.

‘Incremental denialism’ is at the heart of the brewing Palestinian angst that had been assiduously stoked over the last month or so, with the storming of the third holiest mosque in Islam, Al Aqsa, barricading of the usual pathways, quasi-legal threats of eviction, forced resettlement, – and as the only visible ‘force’ against Israeli persecution, Hamas was baited, and it fell for it, by firing rockets after violent clashes had taken place.

This seemingly deliberate ratcheting of tensions certainly helps the quintessential Israeli politician, Benjamin Netanyahu, whose political fate was hanging precariously by the thread of time.

Netanyahu’s rival Benny Gantz was biding his time to replace him as per an agreed formula; and the legal issues were also troubling Netanyahu as he could have soon been cooling his heels in jail – but now suddenly, the nationalistic fervour of ‘bombing the enemy’ has given an invaluable reprieve!

The longest serving Israeli Prime Minister has an infamous record of dangerously scuttling peace – he was at the forefront of extremist passions that opposed the Oslo Accords, later a far-right Jewish supporter assassinated Israeli President, Yitzak Rabin, for initiating peace!

Two principal parties had been opposed to the peace talks in 1995; the Bejamin Netanyahu led-Likud and other far-right parties and the extremist Palestinian group, Hamas – today, both have yet again derailed the hopes for peace.

The ‘monopoly of firepower’ and ‘monopoly of news’ remains insensitively disproportionate with death counts – 12 on the Israeli side, and 216 on the Palestinian side, and still counting!

Interestingly, despite India’s consistent position of a ‘two-state’ formula of independent Israel and Independent Palestine – the subliminal divide amongst the masses has acquired a religio-politico ‘divide’ that mirrors the domestic political passions and makes it easy for them to make a preference based on religiosity, without getting into the facts and details, in totality.

Palestine may have regressed in propaganda into a ‘ummah-cause’, but it is essentially a case of landgrab, against a populace that had nothing to do with the genealogical persecution of the Jews (Holocaust) in World War 2.

Gandhi had said, “The Palestine of Biblical conception is not a geographical tract. It is in their hearts. But if they must look to Palestine for geography as their national home, it is wrong to enter it under the shadow of the British gun. A religious act cannot be performed with the aid of the bayonet or the bomb. They can settle in Palestine only by the goodwill of the Arabs”.

Even recently, Prime Minister Narendra Modi had reiterated ‘strong support for the Palestinian cause’ on the International Date of Solidarity with the Palestinian People. Significantly, India had abstained from voting in the United Nations General Assembly resolution to condemn the activities of Hamas, in 2018.

Despite repeated UN resolutions against Israel (highest against any country in the world!) and despite India’s own stated preference on the ‘two-state’ formulation – ‘divides’ based solely on perceptions of religious faith involving ‘others’ in the Israel-Palestine conflict, is driving popular positions.

Over Simplistic arguments are professed for-and-against the sides, which ignores facts, morality and background surrounding the latest flare-up. Somehow even in the distant Israel-Palestinian dissonance, a so-called Indian ‘nationalistic’ angle, pops up!

Big, confident and dignified nations don’t need to respond with such acquiescence or obsequiousness – as that does not qualify as ‘national interest’!

Perhaps now, more than ever, India’s fabled status as a ‘moral nation’ necessitates that it disallows the positing of ‘alternate truth’ or the barely masked religio-hate subtext and commentary, even if it chooses to be delicately ambiguous and garbled in its diplomatese. India owes itself that consistency, morality and dignity towards humanity. 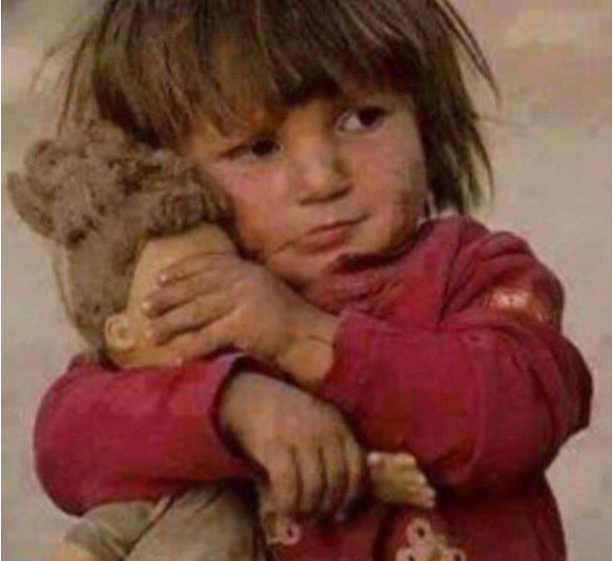