Egypt used its proximity to Israel to favour Palestine

After a severe escalation of violence, Israel and Hamas have signed a temporary ceasefire, easing tensions in the Middle East. Tel Aviv’s security experts recommended that the government seek a peaceful and immediate solution to the confrontation as the situation worsened and spawned a union of Islamic nations pressuring Israel to stop violence against Palestinians. Egypt used its influence to favour Palestinians by mediating negotiations - and did not simply ‘abandon’ the Palestinian Authority, as expected by Israel and the West.

The Israeli Security Office on Thursday approved a ceasefire agreement with Hamas after 11 days of violent clashes. The ceasefire interrupts one of the biggest episodes of violence and tensions in the Middle East in recent years, which was possible due to the efficient diplomatic action of Egypt. Cairo proposed the terms for an immediate, unconditional and simultaneous truce, which was accepted by both sides.

Throughout the world, media outlets attribute the ceasefire to international pressure. Humanitarian calls from the US and EU for both sides to remain calm and stop the bombings were undoubtedly a decisive factor for Hamas and Tel Aviv to rethink their strategies and agree to negotiate a temporary stoppage to the confrontation.

But attributing this merit exclusively to international [Western] pressure seems unfair to the prominent role played by Egypt. Despite the value of international appeals, it was Cairo that took the initiative to mediate negotiations and establish the necessary conditions for the agreement. If both sides had not accepted Egyptian mediation, it would not be possible to sign any agreement and the violence would have continued.

Egypt’s responsibility is even greater, since, in addition to mediating the ceasefire, the African country will send representatives to the region, allocating officials in Gaza to supervise both sides’ compliance with the terms of the agreement. This act as peacemaker and supervisor of agreements significantly elevates the diplomatic status of Egypt, which gains great influence over its neighbouring nations.

More than that, the Egyptian role brings new possibilities to analyse the future of the geopolitical configuration in the Middle East and the Arab world. Egypt was the first Arab country to sign a peace agreement with Israel in 1979. To sign such an agreement, Cairo had to renounce the leadership of Arab nations in the struggle for Palestine, which meant a major blow against Egyptian geopolitical ambitions - in exchange for peaceful relations with Israel and the USA.

For decades, Egypt was viewed with suspicion in the Arab world, as some states saw the agreement with Israel as a betrayal. The situation began to change last year, with the emergence of a wave of peace agreements between Arabs and Israelis, mediated by Washington and strongly applauded by Cairo.

Western expectations were to create a pro-Israel Arab bloc that would maintain strictly formal support for the Palestinian cause, not engaging in conflicts or negotiations and passively accepting Tel Aviv's acts in the region. But, as we can see, perhaps Egypt has other ambitions. The country has shown that it is willing to use its proximity to Israel to favour Palestine, considering that its mediation interrupted a serious wave of violence that could destroy the main bases of the Palestinian government.

It is possible to speculate that this will not be an isolated episode, generating a tendency for Arab countries that have relations with Israel to use their influence to favour Palestinian interests - in addition to representing an Egyptian diplomatic and geopolitical rise, with Cairo once again becoming a key player in regional tensions.

On the other hand, it is clear that Israel’s security forces were intimidated not only by humanitarian pressure from the West, but also by pressure from Islamic countries. The recent actions by the Israeli authorities in Jerusalem have been vehemently disapproved throughout the Islamic world. By desecrating holy sites, banning night vigils and pilgrimages, assaulting believers inside mosques and bombing Palestine in the midst of Ramadan, Tel Aviv appears to have crossed the ‘final frontier’ of Islamic tolerance. Iran, Turkey, Saudi Arabia, Egypt, and every country with an Islamic majority were on the Palestinian side.

It is not by chance that, despite having achieved effective victories against Hamas and bombed several strategic points of the Palestinian Authority, the Israeli security agencies recommended that the government accept the Egyptian proposal for peace, as we can see in the Israeli government’s pronouncement on the agreement: “The Security Cabinet unanimously accepted the recommendation of all heads of security services, the chief of general staff, the head of the Shabak, the head of the Mossad and the head of the National Security Council to accept the Egyptian initiative on a bilateral ceasefire, which will come into force later”.

After all, having neutralised Hamas, what would prevent Netanyahu from going further with his expansionist plans, annexing new territories, and finally establishing Israeli regional hegemony in the Middle East?

It is clear that something is holding back Israel’s plans to liquidate Palestine and completely occupy the West Bank and Gaza. Despite humanitarian appeals, the West has already proved to be absolutely inert to Israel’s military campains. So, what prevents Tel Aviv?

Certainly, the possibility of the Islamic world reducing its internal tensions, ignoring its disputes, and uniting against a common enemy is one of Israel’s fears. 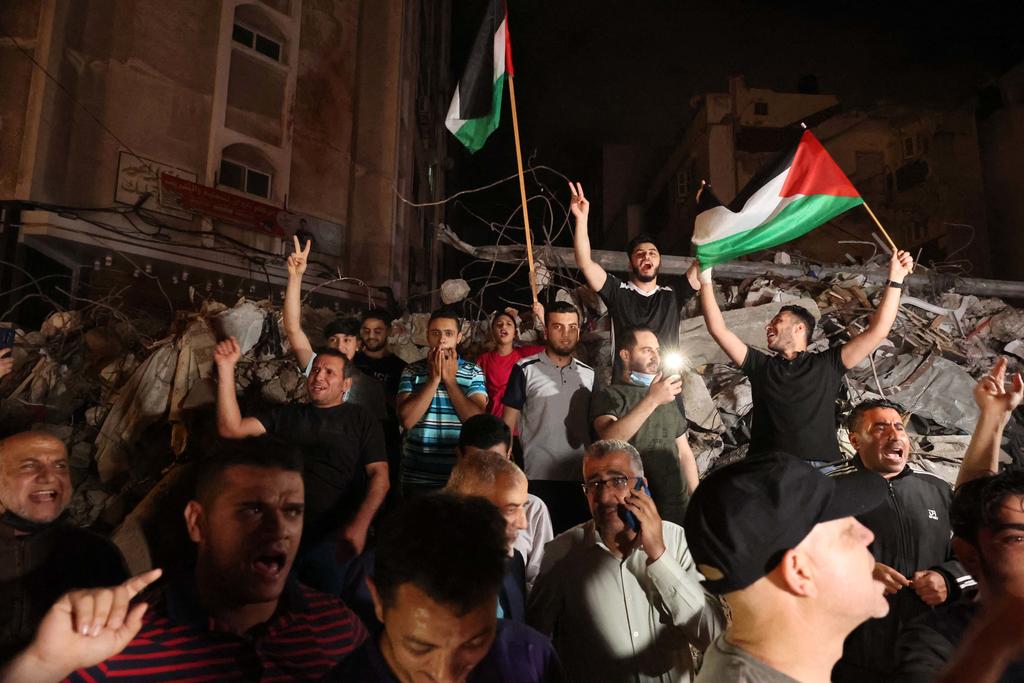