Russia and Turkey were speculatively on the brink of war after a Russian warplane was downed over Syrian airspace on November 24, 2015 by a Turkish fighter jet. Shortly after the accident Turkish president Recep Tayyip Erdo?an denied knowing that the downed warplane was Russian, but recently released court testimony exposed that they were fully aware of this fact.

According to the court document unveiled by Nordic Monitor, Ünal ordered to attack, leading to the downing of a Russian Sukhoi Su-24M by a Turkish F-16 fighter. A Russian pilot, as well as a naval infantryman from a team tasked in the rescue operation, were killed.

“When he was called and talked about two Russian planes that were circling our border, he ordered them to shoot the jets down if they crossed into Turkish airspace, and he hung up. As a result, a few minutes after this call, a [Russian] plane that crossed into our airspace was shot down by pilots on the orders of the [air] controllers,” Durmu? said.

It is especially curious that the decision was made, considering Turkey violated Greek airspace 400 times in 2020 alone. Yet, a single alleged violation of Turkish airspace resulted in the downing of a Russian warplane and the deaths of two military personnel.

Durmu? also testified that the initial rules of engagement approved by Ankara were different for Russian and Syrian aircraft. Although the ultimate authority to shoot down a foreign aircraft rests with the government, the rules of engagement were developed to give authorities a shorter response time because of the urgency of fast developing situations, according to Nordic Monitor.

For Syrian aircraft, the authority to make a decision to strike was delegated to pilots and air controllers.

“Since one of our planes had been shot down by Syria, this was done in order to react quickly to planes crossing the air border, which is how a Syrian plane and a helicopter were able to have been shot down,” he said.

A Turkish RF-4E Phantom reconnaissance jet was shot down by Syria on June 22, 2012 after it violated Syrian airspace near Latakia. Nordic Monitor previously published a report confirming that the flight was planned as a secret false flag operation by Turkey’s National Intelligence Organization (M?T) to justify a Turkish military incursion and force NATO into the Syrian quagmire.

Although it never eventuated into a direct Turkish invasion as a result, Turkish F-16 pilots did shoot down a Syrian helicopter in 2013 and a Syrian Mig-23 fighter jet in 2014.

The situation is different for Russian aircraft. Although air controllers and pilots have the authority to attack Syrian aircraft, approval to attack Russian aircraft is only with the Turkish Air Force commander that has consent from Ankara.

“An assessment was made that an experienced Air Force commander would be better suited to make an evaluation, to make a decision, with our country’s strategic and foreign policy interests in mind,” Durmu? said.

Effectively, he stated, only the upper echelons of Turkey can authorise such an attack as they must consider geopolitical consequences. “Now, when we look at it here, the person who gave the order bears the responsibility. The pilot and air controller certainly have no responsibility here,” Durmu? underlined.

Ünal had a close relationship with Erdo?an and the pair even met secretly on several occasions without the knowledge of then-Chief of General Staff General Hulusi Akar.

According to Nordic Monitor, Ünal knew he was carrying out Erdo?an’s wishes when he gave approval for the Russian jet to be downed.

It is recalled that Akar, who is now Turkey’s Defence Minister, met with the pilot responsible for downing the Russian jet and congratulated him. Nordic Monitor also reported that the president’s office was jubilant at news of the jet being downed.

Then, after Moscow and Ankara began the rapprochement process, Turkey started claiming the government was independent of the military’s decision to down the Russian jet.

The two pilots involved in the downing were arrested following purges that has decimated Turkey’s Air Force since the 2016 failed coup attempt.

Ünal retired from the military in 2017 and Durmu? was jailed for alleged coup plotting. 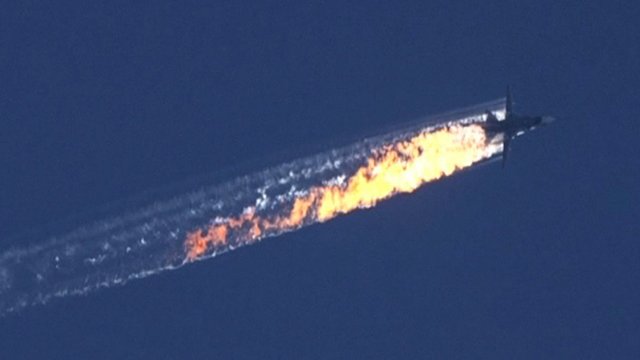