The current round of conflicts between Israel and Hamas, which recently ended, at least temporarily, after an Egyptian-brokered ceasefire, has once again triggered a debate on a very contentious issue of international law on the use of force: invocation of the right to self-defence by a state against armed attack by non-state actors, especially those operating from territory it occupies.

The latest outbreak of violence began with the Israeli police cracking down on worshippers at the Al-Aqsa mosque compound, and on Palestinians protesting their planned and forcible eviction from their homes and land in the Sheikh Jarrah neighbourhood of occupied east Jerusalem.

This prompted Hamas along with the Palestinian Islamic Jihad group to fire a volley of rockets into Israel in solidarity, triggering air strikes from Israel on May 10 claiming the right to defend itself.

The “inherent right of individual or collective self-defence if an armed attack occurs” has been recognised in Article 51 of the UN Charter. This right is an exception to the general prohibition on the “threat or use of force against the territorial integrity or political independence of any State” embodied in Article 2(4) of the Charter.

Any lawful exercise of the right of self-defence under Article 51 requires that the defender state is the victim of an armed attack by the aggressor state. However, not every use of force amounts to an “armed attack” as it has to cross a threshold of intensity in scale and effect. The International Court of Justice has ruled that it includes only “the most grave form of the use of force” (in Nicaragua v. US, 1986).

Resort to force in self-defence is subject to further strict conditions prescribed by international law. Most importantly, it must be directed to repelling an armed attack only with measures that are “proportionate” to the scope, nature and gravity of the aggressor’s attack, and “necessary” for the purpose of driving back the aggression in compliance with rules relating to the conduct of hostilities.

Thus, international law does not allow self-defence measures which are an excessive or unnecessary response to an armed attack.

Two further conditions must be met to invoke the right of self-defence. First, the “armed attack” must emanate from outside territory under the control of the defending state. Second, the perpetrator of armed conflict must be a state.

Article 51 has traditionally been interpreted to exclude non-state actors as the perpetrators of armed conflict, unless a certain degree of state involvement can be inferred, especially when the state from which the non-state actor is operating is unwilling or unable to deal with them.

This view, however, has been contested by some states including Israel and the USA and some scholars of international law. They argue that there is nothing in the language of Article 51 to preclude the right of self-defence being invoked against armed attack by non-state actors. In their view the text only refers to an armed attack, without specifying that it should emanate from a state.

This broader interpretation of Article 51 gained currency after the attacks on the World Trade Center and the Pentagon on September 11, 2001. It was the first time non-state actors had demonstrated the ability to commit violence comparable in effect to armed attack by a state.

Critics of the traditional view, however, fail to recognise the fact that an exception is always read and interpreted in conjunction with the general rule.

And if we assume it is justified for Israel to invoke the right of self-defence against non-state actors like Hamas, its application in situations of occupation remains problematic.

The Chatham House Principles of International Law on the Use of Force in Self-Defence argue that any armed attack against which the right of self-defence is invoked must be directed from outside any territory controlled by the state.

In the present case Hamas is not operating from a foreign territory but a territory under Israeli occupation. The ICJ in its 2004 advisory opinion in the Wall case also stated that Israel could not be allowed to act in self-defence against Hamas as long as it was still regarded as the occupying power in the Gaza Strip.

Israel, however, maintains that its occupation of Gaza ended after its evacuation in 2005. It argues that a territory cannot be said to be occupied without “boots on the ground”. This is, however, contrary to the situation on the ground.

Gaza is still under the control of Israel which controls the flow of people and goods in and out, control the airspace, patrols the coastline, collects customs and prevents the building of an airport or seaport, and has the capacity to send in troops any time it decides.

The United Nations has also been reluctant to accept the view that Gaza is no longer an occupied territory. Even the Israeli Supreme Court in Ayub, et al. v. Minister of Defence (2004) held that the Gaza Strip could still be considered an occupied territory. Israel’s status as an occupying power has also been confirmed by the ICJ in the Wall opinion.

To argue that as occupying power Israel cannot invoke the right of self-defence is not to suggest it should stand idle or turn the other cheek when Hamas fires rockets into its territory. In fact, Israel has the right and the duty to respond to threats emanating from Hamas.

But the measures it takes must conform with applicable international law: in this case the law of occupation and jus in bello - international humanitarian law - and not the jus ad bellum governing interstate war.

Yet media reports suggest that Israel, as in the past, has violated most of these cardinal principles of international humanitarian law. 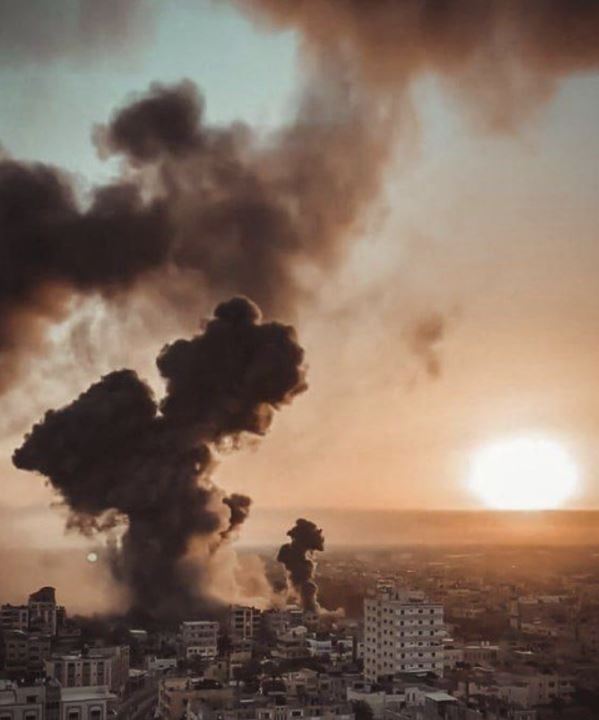