The shenanigans of the politicians of Nepal would be amusing if they did not come at the expense of the welfare of the people and the country. A distant observer could be excused for concluding that Nepal’s reality is its multitude of political leaders, of varying hues, focused on the taking and retention of power.

The end of the monarchy had given people the vote. But away from the ballot box the voices of ordinary citizens remain muted. And it is the cacophony of the politicians that makes the headlines. Covid 19 has not been able to change this reality.

Nepal has a frequent former Prime Minister as its new Prime Minister. Congress leader Sher Bahadur Deuba has been sworn in--a victory not achieved through elections but ordered by the Supreme Court. K.P. Sharma Oli failing to secure a majority in the House of Representatives on May 10,2021 had dissolved Parliament on May 22 in order for fresh elections to take place. In this he had the backing of the President Bidya Devi Bhandari.

The many party opposition alliance led by leaders like Dahal, Madhav Nepal, Jhala Nath Khanal and others had appealed to the Constitutional Court to restore the House of Representatives and appoint Deuba as the Prime Minister.

The Constitutional Court threw out Oli’s case; orderered the revivial of the House and most importantly gave the President just a day to swear in Sher Bahadur Deuba as the Prime Minister. The Court’s decision on Monday 12th July was a major set back for Oli had also tarnished the President’s image as she had been instrumental in helping Oil retain the Prime Ministership. The new PM had been given 30 days to secure a vote of confidence.

Deuba had won the vote of confidence in parliament on Sunday 18th July 2021 with a substantial margin. There had been some comment that he might not succeed as Madhav Nepal had left the opposition coalition after the Supreme Court decision that Deuba be appointed as Prime Minister. Nepal had backed Deuba as prime minister and even provided signatures to his petition against the House dissolution. He said his aim had been to end Oli’s reign and now he would work within the party.

There was also uncertainty about the position that might be taken by the Janata Samajbadi Party which said it would not join the government until the case before the courts between the leaders of the two factions - led by Mahanta Thakur and Upendra Yadav- was resolved.

Oli had taken recourse to a variety of moves, some patently unconstitutional, to hold on to power. He had reneged on the original deal agreed when the Nepal Communist Party, formed jointly by the UML and Maoist Centre had won the elections. The deal provided that Oli and Pushp Kamal Dahal would share the Prime Ministership in rotation. But from the date of the last elections till the Supreme Court decision on July 12, 2021 Oli effectively remained in power. He had taken recourse to political manouvering and threats to neutralize Dahal whenever the latter spoke about the deal and Oli’s failure to fulfil its terms.

Facing accusations of mal-governance and an authoritarian attitude Oli had carried out his threat that, if his position was challenged, he would dissolve Parliament. He did so in December 2020 leading to widespread criticism that he was trying to trample upon the constitution. There had been demonstrations and rallies organized by Dahal, Nepal and their allies against Oli’s move. But President Bhandari had gone along with Oli and dissolved the House declaring that fresh elections would be held on April 30 and May 10.

The Supreme Court had restored the House on February 23, but Oli again dissolved it on May 21 contrary to the provisions of the Constitution which did not permit him the right to take this action. On March 8 the NCP had been forced by the Election Commission to revert to its separate constituents the UML and the Maoist Centre. Oli had possibly hoped that this development would enhance his chances of securing the confidence vote.

Disputes had arisen between the Dahal and Oli factions of the NCP following Oli’s dissolution of Parliament. Efforts to get the two leaders to reconcile, as the internal stability of the party was being threatened, had floundered as Oli was determined not to give up his power and Dahal continued to chafe at not being given the chance to become PM in accordance with the terms of the deal between them.

Interventions by the Chinese Ambassador to Nepal and by a senior Chinese delegation led by vice-minister of the International Department of the Communist Party of China, Guo Yezhou, had failed to achieve any positive outcome. Both factions claimed to be the legitimate NCP but the commission had refused to recognise either of the factions as the legitimate one.

The Commission’s decision was based on the fact that Section 44 of Political Parties Act—2017 provided that any faction claiming ownership of the original party had to submit signatures of at least 40 percent of the party’s Central Committee members within 30 days of the start of the dispute and both the Oli and Dahal factions had failed to do so.As the date of the Constitutional Court’s decision neared Oli had sought to woo Nepal.

The Nepal-Khanal faction had been demanding that all party organisations be restored to the pre-merger stage (prior to May 18, 2018) and a course correction by Oli as party chair and prime minister. Oli had offered to bring back the expelled leaders Madhav Kumar Nepal, Jhala Nath Khanal and nine other lawmakers and dissolve the 10th national convention organising committee as demanded by the dissidents. But with Oli’s changed stature after the court’s decision Nepal had shown no inclination of joining Oli

President Bhandari had turned down Sher Bahadur Deuba’s claim to the PM’s office based on his assertion that he had the support of 149 members of the 275 member house. She said that Deuba’s claim was insufficient for him to be named PM. On the same day, May 21st, Oli, who had lost the vote of confidence on May 10, also staked his claim saying he had the support of 153 lawmakers from his party, UML, and the Janata Samajbadi Party. And the President named him, a person who days earlier had lost a vote of confidence, as the Prime Minister.

As soon as Deuba was sworn in his party sources were reported to have said that some Maoist Centre leaders could get ministerial posts though the initial cabinet would be a small one. The usual horse trading had commenced to help Deuba secure the vote of confidence. But the real politicking would commence after the vote and one could expect at least some politicians to get involved in the fine art of switching sides. The recent acts of the Supreme Court do signal that it could become more proactive looking at matters that politicians have always considered their affair. An activist Supreme Court might assist Nepal in charting a path best suited for the nation’

With Deuba sworn in some commentators had said that his first priority ought to be the restoration of stability. This was a tough call since Deuba’s own Nepali Congress had been full of dissent. The dissension was born of differences about Deuba’s unilateral and autocratic way of taking decisions and his continuing reluctance to hold the party’s 14th general. Senior party leader Ramchandra Poudel had submitted a 16-point memorandum to President Sher Bahadur Deuba.

The issues of primary concern were the 10,000 active memberships distributed at Deuba’s behest to newcomers in some districts to influence the general convention in Deuba’s favour and the failure of the central leadership to set up interim structures of the party in all 77 districts and local levels including at ward committee level. Deuba had also refused to accept Poudel’s demand that the creation of 20 party departments unilaterally by Deuba should be rescinded.

Would Deuba take any grand decisions to improve the conditions in country and change the quality of the politics being practiced? It seems highly unlikely as he is of the same ilk as his predecessors were the leaders have a not so invisible line separating them from the ordinary citizen. And history stands ready to repeat itself. 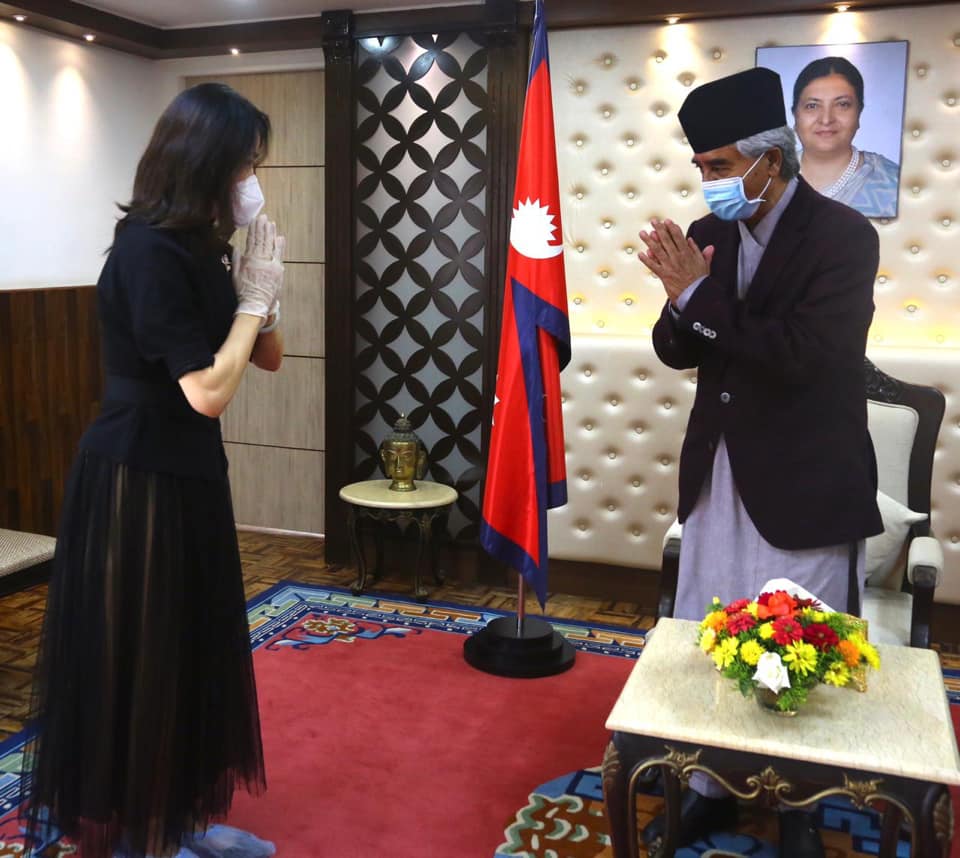