Pegasus, the winged divine horse from Greek mythology, symbolises a range of things. The mythological salad can include many symbolic narratives — ranging from soul’s immortality to poetic inspiration — even the Marxist eschatological myth of the withering away of the state.

The Pegasus Project is a raging controversy currently in India. Succinctly put, it is supposedly an international investigative journalism initiative that revealed governments’ espionage on journalists, opposition politicians. But Pegasus, being a mythical winged horse, has so far refused to be pinned down.

As with all religious symbolism, every myth presents itself as an authoritative factual account, no matter how much the narrated events are at variance with natural law or ordinary experience. The Pegasus Project is no exception.

Can it be confined to national boundaries? Possibly not. Consider the plight of French President Emmanuel Macron, the most famous victim so far in the Pegasus Project. Macron insists he never ordered a snooping on himself! On Thursday, he called a meeting of the National Security Council to order an inquiry into how anyone without the knowledge of his government could have tapped his Android phone.

Some say Morocco did it. The French daily Le Monde reported on Tuesday that former French Prime Minister Edouard Philippe and 14 cabinet members also figured in the list for potential wiretapping.

Why Moroccans? Evidently, an attacker sitting somewhere on the planet could have relied on France’s regular network infrastructure for manipulation remotely without the target’s engagement — ‘network injection’, as hackers would call it.

The Kremlin spokesman Dmitry Peskov reacted the other day that Moscow does not need to take additional security measures over the Pegasus spyware because in general, President Putin uses a special communication system “which is reliably protected.” Two years ago, Peskov had mentioned during a TV interview that Putin doesn’t use smartphones, commenting inter alia that “good old encrypted telephone lines… will outlive all smartphones.”

Peskov called the habit of using smartphones as “voluntary exhibitionism” and readiness to “put everything on public display.” India’s media elites and political class probably weren’t erudite enough to know that.

What we are talking about is a variant of cybercrime. Would the Israeli government have been in the dark about what was happening right under their nose? Impossible.

Israel is a thoroughbred national security state where a fly cannot move without being noticed. So, how did the Israeli company choose its endusers? Its clients apparently included Saudi Arabia with whom Israel didn’t even have diplomatic relations!

It is a different matter that the Saudi regime put the purchase to good use to monitor the activities of famous dissident late Jamal Khashoggi and to stalk him (and his paramour who lived in Turkey) until he was brutally exterminated.

But then, how much was the CIA aware, since Khashoggi was the agency’s priceless asset? And, was that why President Biden redacted the report before its release? Questions are galore. Indeed, was the US in the dark about what Israel was up to all this while? Again, impossible.

The CIA and Mossad are joined at the hips. This sort of surveillance attacks, reportedly spanning more than 45 countries across four continents — and even international organisations, including United Nations and the European Union — must have unearthed a goldmine of information.

Are we to believe that the DIA in Washington, DC, simply decided to deny itself any of the loot? In fact, reports appeared recently that the US was tapping the private cell phone of German Chancellor Angela Merkel with some help from the Dutch intelligence.

Of course, the scandal was hushed up almost overnight and probably Joe Biden’s gracious gesture to invite Merkel to the White House recently as the first European leader to be bestowed that honour was an act of atonement. (The phone tapping dated back to Barack Obama presidency when Biden was the indispensable vice-president!)

Suffice to say, the US is the Big Daddy in this morbid game. One good thing about the former US Secretary of State Mike Pompeo was that although a mediocrity professionally to qualify as the top diplomat of a superpower, he was a bubbly, garrulous, genial sort of man who loved the good things in life, and was fun to listen to when he blabbered out things we would never have known.

An intelligence chief before Donald Trump hand picked him for the job at the State, Pompeo largely managed foreign affairs with a shady mindset revolving around lying, cheating and threats, a practice that flouted the conventions of international diplomacy and drove even America’s friends nutty. Remember those remarks at Texas A&M University in April 2019?

He gloated, “I was the CIA director. We lied, we cheated, we stole … We had entire training courses. It reminds you of the glory of the American experiment.”

It will stretch credulity that Pompeo didn’t know what the Israelis were upto. He was Benjamin Netanyahu’s soulmate. For all you know, the Pegasus Project, which dates back to 2018, was a Pompeo-Netanyahu enterprise.

The Indian government has denied any culpability in this affair. But it should not deny itself the right to know, and should dig deep for nuggets of truth. The ex-CIA whistleblower and famous dissident Edward Snowden is spot on when he commented that malaware such as Pegasus is so powerful that ordinary people cannot protect themselves from it. Snowden said: “What can people do to protect themselves from nuclear weapons?”

Shouldn’t India call for a global moratorium on state-sponsored hackers? We are, after all, passionate advocates of ‘rules-based order’ in the global commons. Our sense of orderliness should not be restricted to the South China Sea.

The government could make this a talking point at the discussions with the visiting US State Secretary of State Antony Blinken on Tuesday in Delhi. Indeed, this qualifies also as a human rights issue, which is dear to the Biden administration’s heart? Possibly, Blinken can throw some light on the brainchild of his flamboyant predecessor at the State. 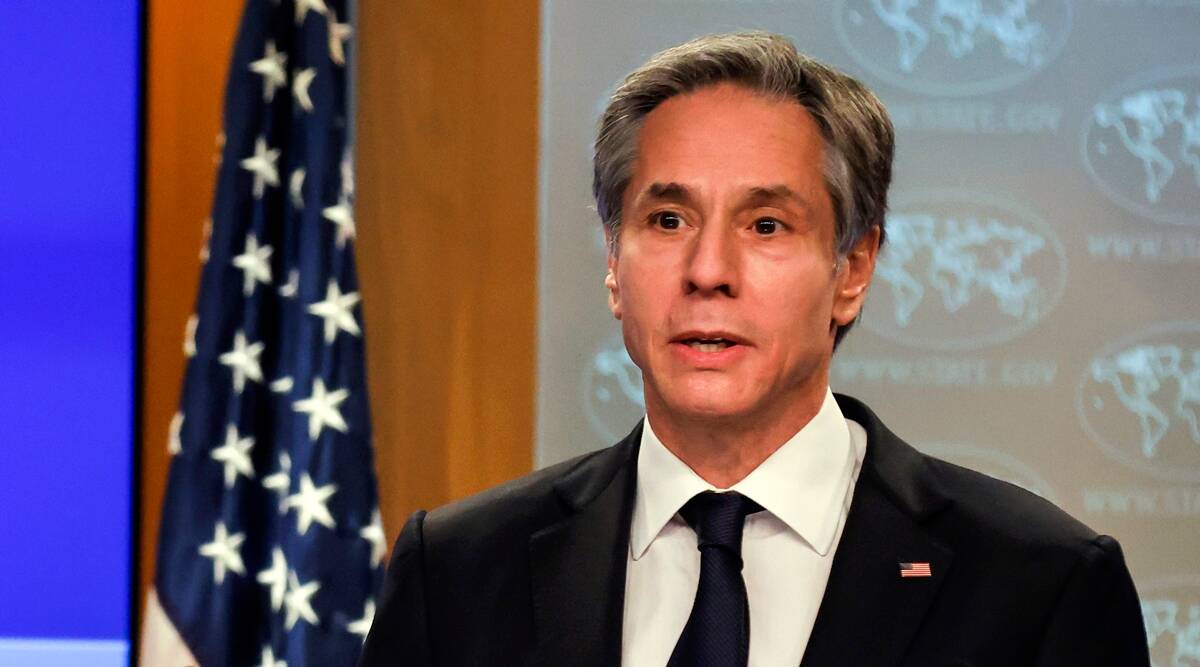