US, China, Russia On The Same Page On Taliban

After Antony Blinken’s visit to India

Quads and rhetoric notwithstanding the three world powers have talked themselves on to the same page insofar as the Taliban and peace in Afghanistan is concerned. While India, because of Pakistan and domestic politics, remains out of the loop there is a clear understanding between the US, China and Russia that the first priority should be to work for lasting peace in Afghanistan by keeping the Taliban contained, and out of larger extremist or terror networks.

The first global media spotlight after Joe Biden took over as the US President was trained on this cooperation by US Secretary of State Antony Blinken when at a press interaction in New Delhi he greeted the recent visit of a Taliban delegation to China as “positive.” He surprised his Indian hosts perhaps when he said “no one has an interest in a military takeover of the country (Afghanistan) by the Taliban, the restoration of an Islamic emirate.” Blinken said that if China was looking at “peaceful resolution of the conflict” and a “truly representative and inclusive” government in Kabul then this meeting could be “a positive thing.”

This categorical statement feeds into the developments between the US, Russia and China over the past few years, with meetings at different levels to work out a strategy and common policy on Afghanistan. Interestingly, all three countries have a good working relationship with Pakistan and do not share India’s concerns about its role in Afghanistan.

Instead all three are not just open to but encouraging of Pakistan’s involvement in the entire process, to ensure that the Taliban takes over, and does so as a responsible and pro-peace entity. Whether it will be wedded to human rights and gender equality is not an aspect that worries any of the capitals of these three powers unduly, as they are looking more towards a strategic outcome with a ‘friendly’ government in Kabul.

The first major indication that the three powers had worked out a sort of common road map on this country that has defeated the erstwhile Soviet Union, and now mightly Washington, was evident at their meeting in Moscow in 2019. Here a joint declaration was issued where they committed to withdraw foreign forces from Afghanistan, do all possible to ensure that Afghanistan did not become a haven for terrosim, and start a dialogue between all stakeholders within and outside Afghanistan for a peaceful transition to a new government in Kabul.

That all expected the Taliban to be part of the process is more than clear now, as despite the years of war, destruction and deaths, the US, Russia and now China have agreed that this is one region where they need to work together through diplomacy and not military bombardment. A late realisation of course, but it is clear from the nine member Taliban delegation visit to China – after the many rounds of talks with the US – that the Moscow declaration of cooperation is moving forward rapidly now.

China has embraced the process at this meeting, with its Foreign Minister Wang Yi making it apparent just a couple of weeks ago that the Taliban should make a clean break from politics past, and return to the mainstream of Afghan politics. This was followed more recently by the Taliban visit to Tianjin, China where the spokesperson tweeted that China had “reiterated its commitment of continuation of their assistance with Afghans and said they will not interfere in Afghanistan's issues but will help to solve the problems and restoration of peace in the country.”

Significantly, there is little indication to suggest a shift in New Delhi policy. Pakistan and the Taliban continue to remain a deterrent for the government’s active involvement in the process taking shape in Afghanistan. Blinken’s visit was to have brought India closer to the process, but the grim silence on both sides on this issue seems to be a pointer towards ‘no progress’. 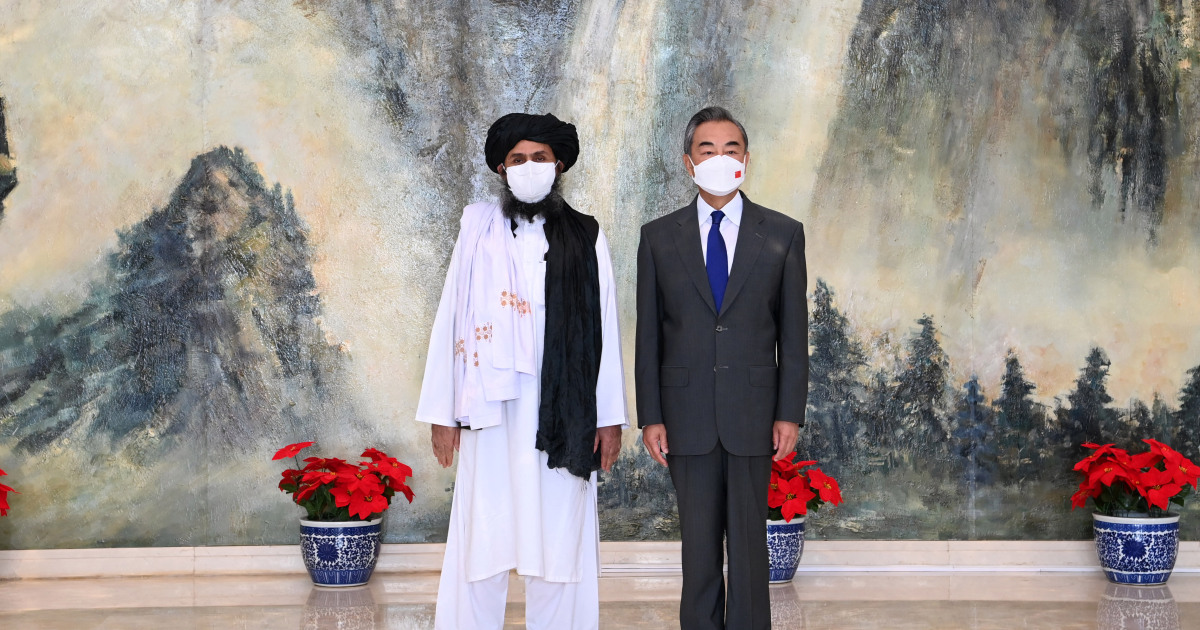