Where Are Afghan Warlords In All This Chaos?

The surviving warlords will continue to play a role

In a June 2021 article in The Citizen, Globalist had predicted that once the American and other NATO forces withdrew from Afghanistan, the Taliban would launch an aggressive campaign to capture areas and provinces that in the past had not been under their control and that their ultimate objective would be to once again make Kabul the base for a resurrected Islamic Emirate of Afghanistan.

Recent developments have shown that this prediction was not far-fetched. In a short span of time, as the foreign forces withdrew, the Taliban had managed to seize 12 provinces namely Nimroz, Jawzjan , Sar-e-Pul, Kunduz, Takhar, Samangan, Baghlan, Badakhshan, Herat, Ghazni, Helmand and Kandahar. Local officials in Kandahar had confirmed the Taliban victory. Fighting is going on to capture:-

-FARAH. Capital of the western province of Farah.

The Taliban had focused on the northern belt, a region which they were unable to dominate the last time they were in power. This time they had captured the capitals of important provinces like Jowzjan and a former Northern Alliance stronghold Badakshan. According to reports the Taliban now controlled 12 of Afghanistan’s 34 provinces and they claimed they controlled 85 percent of territory.

While in some provinces like Helmand there had been heavy fighting, in other provinces Afghan soldiers had fled with many crossing over into Tajikistan. Reports said that the Taliban had seized Aybak on the main highway connecting Kabul, to Afghanistan’s northern provinces without a shot being fired.

A local militia commander had changed sides which impacted on the morale of the Afghan soldiers. The Taliban had effectively placed a stranglehold on much of Balkh Province and its capital, Mazar-i-Sharif. It was quite likely that in other places also the Taliban would seek to enter into deals that allowed them to capture territory without fighting.

US intelligence estimates were said to have given 90 days to the Taliban to take over the country’s capital Kabul and many feared that the Ghani government might be toppled earlier. Earlier the Taliban had said they had no intention of entering and fighting in the cities in order to keep the population secure.

This nicety was set aside with the Talliban claiming they had no option but to enter the cities because of the aerial bombing and ground attacks launched by the government. The government’s armed forces had been warning citizens to leave population centres and according to the UN the current spate of fighting had displaced 390000 people.

The UN had said that over a 1000 civilians had been killed but Taliban spokesperson, Suhail Shaheen, said in a statement that the group had not targeted any civilians or their homes in any locality, rather the operations had been undertaken with great precision and caution. He instead blamed Afghan government troops and foreign forces for the civilian deaths.

The Taliban had proposed that a team made up of the United Nations, ICRC and other aid groups accompany their representatives "to conduct an impartial and independent investigation into the latest events." The Taliban leader Mawlawi Haibatullah Akhundzada had said in a statement that despite the military gains and advances “the Islamic Emirate” favoured a political settlement in the country.

The process of establishing a new order in Afghanistan would, of necessity, have to involve the well-known warlords. Traditionally Afghanistan had had a central king or ruler in Kabul but regional warlords controlled specific regions based on ethnicity and religion. Attempts by first the Russians and now the Americans to establish a strong centre controlling the whole country has failed dismally.

In a traditional society like Afghanistan the system that had worked was for Kabul to have a central ruler but with real control lying in the hands of regional satraps. The warlords were not only effective battle-hardened commanders, many with an armed forces background, but politically astute to understand when to display power and when to lie low.

Their interest had always been to ensure their authority, which came largely from their affinity-ethnic and religious- with the people in their specific territory, remained intact, rather than seek to rule from Kabul. They fulfilled the roles that a state is supposed to perform--providing socio-economic and military security to the regions they controlled.

While some of those who had been active in the past decade had died those who remained and were politically and militarily active included Abdul Rashid Dostum, Ismail Khan, Ahmad Masoud, the well known Gulbudin Hekmatyar and the pro Taliban Sirajuddin Haqqani son of Jalaluddin Haqqani. Marshal Fahim had passed away and was succeeded by his son.

The Bonn Agreement to decide on Afghanistan’s political future following the ousting of the Taliban had been attended by many of the warlords or their representatives. Hamid Karzai was made the Chairman of the Interim Authority of Afghanistan. In order to secure his rule cabinet positions were distributed among the participants with a strong representation from the Northern Alliance. He had little choice but to acknowledge the warlords’ authority rather than challenging them and many of them were appointed as governors in the provinces they controlled.

Those who did not get government posts captured what was left of the state infrastructure and started expanding their zones of influence in the provinces. Soon they started ruling autonomously over significant parts of the Afghan territory. They established international linkages to secure resources.

With the advent of the US led coalition western policy makers had sought to extend the central government’s authority across the entire country. The zonal system that allowed the warlords to stay in power in multiple provinces was abolished in 2002.

Furthermore, the governors were forced to relinquish any role as military commanders otherwise they had to resign. The objective of these moves was to help Karzai establish himself with the support of military warlords and their power by bringing them into the state apparatus and reducing their role as military leaders by moving them away from their power centres.

For this objective it was necessary to co-opt some of the main warlords to reduce their territorial influence. Marshal Fahim, who as military commander of the Northern Alliance, had captured Kabul in the fall of 2001 from the Taliban government, served both as Vice President and as Defence Minister in the Afghan Transitional Administration. Dostum became a Vice President.

A UN programme to defang their fighters and integrate them into the mainstream called the DDR(Disarming, Demobilizing, and Reintegrating) began functioning in 2003 and initially targeted 100,000 ex-combatants across six provinces: Kunduz, Bamiyan, Herat, Mazar-i-Sharif, Kabul, and Kandahar.

But it ended when it became apparent that keeping the Taliban in check was not something that the central government and the Afghan armed forces could do and Washington began to rearm the same militias to take on the Taliban.

Now with the Doha talks having failed to provide a solution; the exodus of the foreign forces; the Afghan armed forces, far larger in number than the Taliban, losing territory; and the peoples’ increasing distrust in the central government’s ability to provide security, the environment is ripe for the well- known warlords like Ismail Khan in Herat and Abdul Rashid Dostum to reassert themselves.

Faced with the Taliban’s very effective offensive across the country the government had announced the raising of militias to fight the Taliban- a tailor made recipe that would help the warlords bolster the size of their militias and their own authority .

Abdur Rashid Dostum who was in Turkey reportedly for medical treatment had rushed back and Ghani was said to have given him responsibility for engaging the Taliban in the North. Ismail Khan, one of Afghanistan’s most prominent former warlords, had paraded hundreds of his militiamen at a rally in the western city of Herat on April 18.

Gulbuddin Hekmatyar, who had signed an agreement with the government in 2016 , and his armed supporters had conducted rallies in the provinces particularly in the northeastern province of Badakhshan where he said he was fighting the Taliban. It was not clear what he had done since the Taliban had taken Badakshan. A known survivor, he may have had an understanding with the Taliban.

Abdul Ghani Alipoor, known as Commander Sword ,a Hazara militia commander in Maidan Wardak had taken up arms in the central provinces after his community was said to have been repeatedly attacked by Kuchis, a nomad community, and the Taliban. Ahmad Massoud, the son of the late Lion of Panjshir Ahmad Shah Massoud, and Atta Mohammad Noor, a former governor and northern commander, are prominent warlords who have been taking on the Taliban advances in the country’s north.

The Americans are in a bind. Biden’s claim of ending America’s longest war is being tarnished. He has threatened to use B 52 bombers against the Taliban if they sought to take Kabul by force. The Americans have also said that any government established in Kabul by force would not gain international recognition.

What is intriguing is that the Taliban have not launched a frontal attack on Kabul. There have been bomb blasts including one targeting the Defense Minister which the Taliban have claimed. The waiting game on Kabul could be because possibly some arrangement could be in the works that would allow the Taliban an entry into Kabul without bloodshed.

A spokesman for the Taliban had repeatedly said that the group was committed to the negotiation path in Doha and did not want it to collapse. Khalilzad after talking to Taliban leaders had said that the Taliban were not averse to a coalition government as long as they had the lion’s share of power.

Media reports quoting sources said the government has offered the Taliban a share in government if the violence stopped. It is highly unlikely that the Taliban would accept as long as Ghani remained the President. Given that the US, Russia and Pakistan have all said they would not accept a completely Taliban dominated Islamic Emirate it is quite likely that, true to Afghan tradition, some deals may be arrived at to give some less anti-Taliban politicians a place in government. 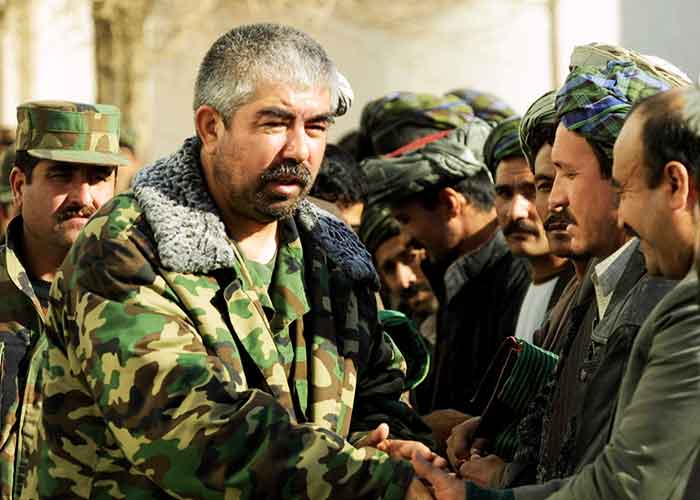