A Tale of Ignominious Retreats from Afghanistan

COLOMBO: Through sheer grit and a fierce commitment to their values, the Afghans have frustrated a series of imperialistic attempts to dominate them. Between 1842 and 2021, Imperial Britain, Tsarist Russia, Soviet Russia and the United States have tried to occupy Afghanistan to derive benefits from its strategic location in south and central Asia. But their attempts have failed miserably. The first major foreign debacle was in the nineteenth century. In 1839, the British, afraid of Tsarist Russia’s bid to take over Afghanistan, invaded the latter, deposed the pro-Russian King Dost Mohamad, and installed their proxy Shuja Shah Durrani in power.

Thereafter the majority of their troops returned to India, leaving about 16,000 to mop up resistance by Afghan tribesmen. But by 1841 the British felt they could no longer afford the campaign and stopped making payments to their collaborators among the Afghan warlords.

The cheated warlords promptly joined the insurgency led by Dost Mohammad’s son, Mohamad Akbar Khan. In November 1841 the British political agent Alexander Burns and his staff were killed by a mob in Kabul. Another senior diplomat, William Hay Macnaghten and three aides were killed while trying to negotiate safe passage for the British imperial forces to India.

The commander of the Kabul garrison, the elderly Maj Gen Lord Elphinstone, eventually negotiated an agreement on January 1, 1842 with Akbar Khan, who guaranteed safe passage for the British-Indian force. Elphinstone agreed to leave most of his gunpowder reserves, the majority of his cannons and a large quantity of muskets behind.

On January 6 a force comprising 3,800 Indian soldiers, 690 European cavalry and infantry and 12,000 camp followers set out on a 140 km retreat through the snow-covered mountains of eastern Afghanistan to the town of Jalalabad, where British troops were present.

On setting out the troops and camp followers came under sniper fire. Many of those who were not killed, wounded or captured by the Afghans froze to death. Furthermore, an entire Indian regiment defected to Akbar Khan.

Elphinstone tried again to negotiate safe passage with Akbar Khan and had two officers turned over as hostages. But again to no avail. “The mountain pass, jammed with troops and camp followers, became an abattoir,” writes Franz-Stefan Gady in The Diplomat on January 2020.

Elphinstone then decided to hand over all the British women to Akbar Khan, who again pledged to protect them and the children and wounded officers. Two men, eight women and nine children were turned over to the Afghan leader. An almost all-British force entered the Tezin Pass, only to be subjected to another ambush by a “barbarous and bloodthirsty foe” in Elphinstone’s words.

Only 200 men remained. At night, Akbar Khan invited Elphinstone and the other remaining high-ranking officer, Brigadier Shelton, for talks. But they were arrested on their arrival.

On the night of January 12, the remaining 200 continued their march but were stopped by a barrier and fired upon. Only eighty men managed to make it across alive: 20 officers and 45 soldiers of the 44th (East Essex) Regiment of Foot, British artillerymen and a handful of Indian troops.

The Afghans took only nine prisoners, and only one, Assistant Surgeon William Brydon, was allowed to leave. He arrived in Jalalabad on January 13 riding a wounded horse. The British defeat was total. Lord Auckland, the Governor-General of India and the architect of the invasion, suffered a stroke upon hearing the news.

Later that year the British sent an “Army of Retribution” to Afghanistan, and recaptured key towns including Kabul. The army returned to India with about 90 hostages. But given their bitter experience, though two more Anglo-Afghan wars were fought, the British vowed not to intervene in Afghanistan’s internal politics again.

The British blunder was followed by the misadventure of Soviet Russia in December 1979. The USSR intervened in support of the Afghan communist government in the latter’s conflict with anti-communist guerrillas.

In April 1978 the government headed by President Mohammad Daud Khan had been overthrown by left-wing military officers led by Nur Mohammad Taraki. Power was thereafter shared by two Marxist parties, the Khalq Party and the Parcham Party. But the leftist and pro-Soviet government had little popular support in Afghanistan. The leftists were also ruthless.

Tribal insurgencies, so typical of Afghanistan, arose which the regime tried to crush ruthlessly. As the regime promoted non-Islamic tendencies, the opposition styled themselves as Mujahideen, ‘those who struggle for Islam’.

The Soviets propped up the Parcham party leader Babrak Karmal, but Karmal was unable to attain popular support. Backed by the capitalist United States, the Mujahideen rebellion only grew in strength.

To counter this, in December 1979 the Soviets invaded Afghanistan with 100,000 troops. These controlled the cities but the countryside was with the Mujahideen. The constant fighting forced 2.8 million Afghans to seek asylum in Pakistan, and another 1.5 million in Iran.

By 1988, the Mujahideen had mostly neutralised Soviet air power using shoulder-fired missiles supplied by the USA. Some 15,000 Soviet troops were also killed in ceaseless fighting. In 1988 the Soviets decided to withdraw and did so by February 15, 1989. Thus failed another bid to impose alien rule and an alien set of values on Afghanistan. While the Mujahideen filled the vacuum, the disparate groups that had fought the USSR failed to stick together. From the melee emerged the Pushtun-dominated Taliban as the strongest group. Founded in 1994, it was wedded to strict Islamism and it had Pakistan’s firm and active support.

In 1995 the Taliban took control of 12 Afghan provinces. On September 27, 1996 it entered Kabul and announced the establishment of an ‘Islamic Emirate of Afghanistan’. By 1998 it controlled 90% of Afghan territory, the rest being with the Northern Alliance led by tribal warlords supported by the US.

Weeks after the September 11, 2001 attack on New York by Osama bin Laden’s men, a powerful US-led coalition force invaded Afghanistan, with the stated reason that the Taliban were sheltering Osama bin Laden in the country. The Taliban retreated from Kabul on October 13, 2001 and its leaders fled the country.

But the Taliban regrouped and started guerrilla warfare. Through ambushes and guerilla attacks in the rural areas, and suicide attacks in the cities, the Taliban gained control over parts of the country from 2006 onwards. The US-led coalition had to deploy 140,000 troops, two-thirds of them from the US.

But the going proved to be tough for the Americans. The US tried to talk to the Taliban in 2011, 2012, 2013 and 2015 but failed. In 2018, Afghan President Ashraf Ghani said he was ready for unconditional talks with the Taliban. He also promised to recognise the Taliban as a legitimate political party and to release its prisoners.

But the Taliban said that it would talk only to the US. The US initially rejected the proposal but later agreed to talks in Doha. After several rounds of talks, a peace deal was signed on February 29 last year. As it was not worth the paper it was written on, the fighting continued, with at least 180,000 Afghan civilians killed since the US invasion.

America’s last-ditch, half-hearted effort to put together a coalition of its proxies and the Taliban failed, because the Taliban wanted to acquire monopoly over power.

Back in Washington, the decision was taken to withdraw from Afghanistan by August 31, 2021 in time for the 20th anniversary of the September 11 attacks. The 20-year war had cost the US 2.6 trillion dollars without giving any returns. And in their third clash with the titans in recent history, the small and ill-equipped but doughty Afghans had prevailed. 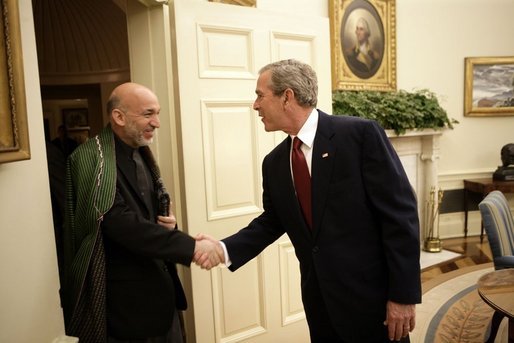