Many Uses of the Taliban

Fears for Afghan women are real and being put to use

Though anticipated, the swiftness with which the Taliban took over Kabul has surprised many after US President Joe Biden said that there was no imminent threat to Kabul from the Taliban. Its return brings back gory images of the past such as women being flogged and stoned, the destruction of the Bamiyan Buddha, hijack of the Indian Airlines plane and so on.

The future of Afghanistan with the Taliban at the helm of affairs remains uncertain. Will it become a hub of terrorism? Will there be a civil war with big powers working behind the scenes with proxy tribal groups and militias controlled by the Tajik, Uzbek, Pashtun and other warlords in Afghanistan? Or will the Taliban reform somewhat to gain international acceptance and recognition while keeping to the core of their ideology?

There is no doubt that the fears are real and the forces represented by the Taliban need to be opposed by all those who believe in the values of equality, freedom and a secular world outlook. But a large number of people seem to believe that the continuing US-NATO military presence in Afghanistan was necessary to keep forces like the Taliban at bay. They feel the withdrawal of the American forces has robbed Afghanistan of the possibility to emerge as a democratic, multi-religious state that eschews violence and terrorism.

This argument suffers from a fundamental fallacy. It is wrong to believe that a foreign force will be able to establish a state structure upholding the values of democracy and equality as opposed to fundamentalism and terrorism. History has no example of a benevolent imperialism that has lifted a society from barbarism and cruelty into democracy and plural coexistence, equality and freedom for its people.

Biden himself made it clear that the US did not go to Afghanistan on a ‘nation building exercise’ and that the US was in Afghanistan to defend its own interests. There are also arguments that US presence in Afghanistan proved enormously beneficial to its arms industry.

It is for the people of a country to develop and protect the structure of government that suits their needs. No external agency, least of all a foreign force, can ensure this for a nation. If it tries to achieve this by force the outcome is just the opposite, as is borne by what is happening in Afghanistan.

As Pratap Bhanu Mehta correctly argues, ’fundamentalism draws its motivating energy from cultivating grievance against imperial hierarchies’. The presence of US and allied forces in Afghanistan provided the inspiration and justification for anger and fundamentalist logic to carve out an identity and give people a sense of agency, however distorted and dangerous.

It needs to be remembered that the Taliban was formed in the early 1990s by the Afghan Mujahideen which was armed and financed by the CIA and ISI to fight the Soviet forces in Afghanistan during the period 1979-89. More recently the dismantling of the functioning states like Iraq, Libya, Syria and several others in the name of a ‘war on terror’ has created many more terrorists and fundamentalist forces than it destroyed.

Women suffered the most during the last Taliban regime as they were pushed into a subordinate status without education, employment or political power. However, as Tariq Ali in his analysis of the Afghan situation in the wake of US withdrawal shows, it is a fact that except for a very small area in the country the women’s situation remained mostly unchanged across Afghanistan when the Taliban were deposed.

The status of women had not changed much in most of Afghanistan after 2001. Denied education, employment and political participation, they suffered even while American forces remained in Afghanistan. Undoubtedly their situation is likely to worsen even while the Taliban makes deceptive noises about ‘giving’ women freedom within ‘Sharia law’.

During US rule madrasas grew in size and scale as they drew people away from general education into an education fostering a fundamentalist mindset. This Al-Jazeera documentary of 2014 brings it out sharply as madrasas for women proliferate to impart a version of Islam even narrower than the Taliban’s. One imagines the situation would have worsened in the 7 years since as the Taliban gained in strength across most of Afghanistan.

The governments of sovereign nations have different imperatives in continuing to maintain a working relationship with whatever government is ruling in Afghanistan. The demands of geopolitics and national interest often do not leave nation states the freedom to take an ‘ideal’ position vis a vis tyrants and retrograde forces. But we need to think about the responses of the people in the face of the dangerous developments in Afghanistan.

The victory of the Taliban in Afghanistan has given rise to two kinds of response. On the one hand there is a sense of revulsion at what happened in Afghanistan and its implications for the future of the country. On the other, it has encouraged Islamophobia or hatred of Muslims, adding strength to the reactionary agenda of people who believe in fomenting hatred and enmity between religions.

In this context the role of moderate Muslim voices becomes extremely important. There is a long history of opposition to the Taliban and similar forces in the Islamic world. Scholars like Eqbal Ahmad have forcefully argued against organisations like the Taliban which claim legitimacy in the name of Islam.

Calling it the ‘most retrograde political movement in the history of Islam’, Eqbal Ahmad called the Taliban a ‘disease’ way back in 1998. He wrote that the ‘Taliban are the expression of a modern disease, symptoms of a social cancer which shall destroy Muslim societies if its growth is not arrested and the disease is not eliminated. It is prone to spreading, and the Taliban will be the deadliest communicators of this cancer if they remain so organically linked to Pakistan.’

Liberal and progressive voices among Muslims are asked to come out strongly to emphasise that the Taliban does not represent the spirit of Islam and that they are anti-Islamic. Indeed a large number of liberal and progressive people are coming out forcefully against the version of Islam the Taliban represents; this needs to be magnified and done at the institutional level by Muslim social, cultural and political organisations.

It is heartening to note that widely respected religious personalities like the spiritual head of the Ajmer Shariif dargah have denounced the Taliban for working against the tenets of Islam and thereby maligning the religion. Such voices need to be strengthened and made visible to deny voices of hatred and enmity the opportunity to foment Islamophobia and communal propaganda in the name of opposing the Taliban takeover of Afghanistan.

Others who want a better future for Afghanistan should also draw a distinction between condemning religious fundamentalism and equating the Taliban with the thinking of Muslims ‘in general’ all over the world. The majority of Muslims do not consider the Taliban representative of Islam and they are equally pained at what is happening in Afghanistan as dangerous and harmful.

Howsoever desperate and gloomy the situation in Afghanistan may look, the battle to create an Afghanistan where women have equal rights in the social, political and economic spheres, where the values of democracy are honoured and which does not work as a source of terrorism or fundamentalism will have to be fought by its own people.

The struggle for such an Afghanistan may be long and arduous but it needs to be nurtured and fought with the sweat and blood of the people of the country. Not all hope is lost as one hears about protests being held by women, though small and confronted with brutal force. The Taliban is also facing internal challenges such as from the forces led by Ahmad Shah Masoud and Amrullah Salehin in parts of Afghanistan.

Other countries must work together to compel the Taliban through diplomatic and other means to accept the norms of civility within their country and in their conduct of international relations. 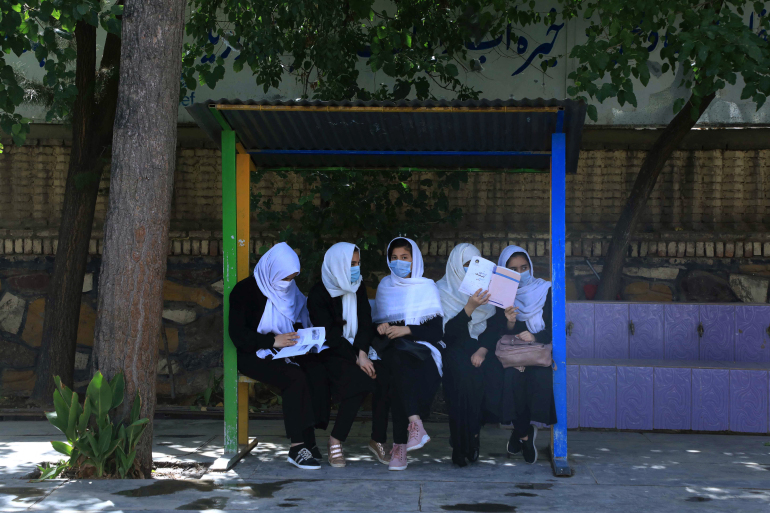