The Government of India is yet to comment on the composition of the cabinet of the caretaker government of Afghanistan formed by the Taliban on Tuesday.

But media reports suggest that there could be a disconnect between New Delhi and the new regime in Kabul. It’s composition should be a cause for anxiety as the Taliban have rather brazenly flouted the promises they had made to the international community to secure recognition, legitimacy and financial support.

India will have to wait and see how the caretaker government performs; whether or not it softens its hardline on issues of concern to it. India will want to know if Afghanistan will become a satellite state of China and become a tool of Pakistan in Islamabad’s designs against India.

If the regime turns against India or cold shoulders it, India could covertly aid the anti-Taliban ethnic groups, perhaps revive the Northern Alliance in collaboration with the US. Indications which are immediately available are that the Taliban continues to be what it was, and therefore, not to India’s liking.

The Council of Ministers is overwhelmingly Pashtun (30 out of 33 members). Of the 33 cabinet members, only three are non-Pashtuns: Second Deputy Head of Government, Abdul Salam Hanafi is an Uzbek; and Chief of Army Staff Qari Fasihuddin and Minister of Economy Qari Deen Hanif are Tajiks.

The council is also overwhelmingly Taliban with only allies like the Haqqani Nework being represented. It does not have any moderates, some of whom had been negotiating with the Taliban on the formation of an inclusive government.

Lastly, there is not a single woman in the team. In other words, the Taliban have flouted all the promises made to the international community about forming an “inclusive” cabinet.

Of course, the Taliban could argue that this is only a caretaker government formed to kick start the broken administration and restore financial stability, as stated by their spokesman.

But critics argue that they could have included at least Hamid Karzai or Abdulla Abdulla, both leaders of earlier regimes who had been negotiating with them on the question of forming an inclusive government. These educated leaders could provide some expertise in running a government, which the Taliban lack.

Both Indians and Americans will be concerned that Mohammad Hassan Akhund, the religious hardliner who was the head of the decision-making Rehbari Shura, has been made Prime Minister. Sirajuddin Haqqani, a designated global terrorist on whom there is a reward of US$ 5 million, is in the cabinet.

He is wanted in connection with the January 2008 attack on a hotel in Kabul in which six people, including an American citizen, were killed.

Khalilur Rahman Haqqani, the new Minister for Refugees, is a designated global terrorist with close ties to Al Qaeda. The anti-US Haqqani Network is well represented in the cabinet. Mullah Taj Mir Jawad, Deputy Intelligence Chief, is a Haqqani Network man who organized pro-Al Qaeda jihadi groups in and around Kabul. The Haqqani Network is currently in charge of law and order in Kabul. It allowed the suicide bombing of the Kabul airport by the ISIS-KP, days before the American evacuation was to be completed.

India’s anxiety is rooted in the hardline character of the cabinet and the non-inclusion of moderates and opposition leaders, especially members of the former Karzai and Ghani governments with whom India had had a very cordial relationship. The virtual absence of non-Pashtuns, would also be a cause for concern to India as the non-Pashtuns had been very friendly with India.

It is reported that the Taliban have invited six countries to attend the government formation ceremony. These are: China, Russia, Pakistan, Turkey, Iran, and Qatar. India and the US have been left out conspicuously.

India would naturally be deeply concerned as it had pumped in US$ 3 billion in development projects in Afghanistan post- 2001. Though some Taliban ministers have said that they want Indian investment and trade, it remains to be seen if the hardliners would want it, especially if Pakistan and China oppose close ties with India.

On August 24, Prime Minister Narendra Modi and President of the Russian Federation Vladimir Putin, had said that it is important for the two strategic partners to work together to enhance cooperation to counter the dissemination of "terrorist ideology" and the drug threat emanating from Afghanistan, and agreed to form a permanent bilateral channel for consultations on the issue. Echoing India’s position, the Russian ambassador in New Delhi said that according recognition to a Taliban regime would depend on its actions.

The caretaker government in Kabul will clearly be pro-Pakistan to the annoyance of India. Pakistani minister Sheikh Rashid has been quoted as saying that his country has been the "custodian" of the Taliban while the Taliban had said that Pakistan is their "second home."

The Pakistan intelligence (ISI) chief Lt General Faiz Hameed was in Kabul and there is speculation that he might have had a hand in the formation of the cabinet. The decision not to make Mullah Abdul Ghani Baradar as the PM is attributed to Pakistan.

Baradar had led the negotiations with the US in Qatar, and therefore could have been seen as a weak link. Mullah Mohamad Hassan Akhund, on the other hand, is a known religious/ ideological hardliner. He might have been picked for that attribute.

Pakistan has been closely allied with the Pashtuns and has sponsored them to the exclusion of other tribal groups in Afghanistan. The Indian media have alleged that the Pakistan Air Force had bombed Ahmad Massoud’s anti-Taliban forces in the Panjshir province, on the basis of a video clip initially posted by the Panjshir rebel leader Ahmad Massoud.

A video clip of a PAF F-16 fighter bomber downed in that province was shown. But Pakistani media quoted fact check agencies to prove that these were old videos taken in the US and UK.

Meanwhile, the anti-Taliban opposition is raising its head in parts of Afghanistan. In Kabul on Tuesday, hundreds of Afghans, most of them women, demonstrated in front of Pakistan’s embassy chanting anti-Pakistan slogans such as “Pakistan, Pakistan, Leave Afghanistan.” The protesters also chanted: “Freedom, Freedom.” “We want inclusive government.” These people see Pakistan as the backbone of the Taliban.

Taliban forces prevented some journalists from filming the protest. They detained TOLO news cameraperson Wahid Ahmadi and confiscated his camera. The protesters dispersed after the Taliban fired in the air. Earlier, the leader of the resistance front in Panjshir province, Ahmad Massoud had called on Afghans to fight against the Taliban.

In the meantime, people in Balkh and Daykundi provinces took to the streets chanting slogans against Pakistan. Two protesters were reportedly shot dead by the Taliban in Herat. Meanwhile, the Taliban said that the armed resistance in Panjshir province led by Ahmad Massoud has been quelled. 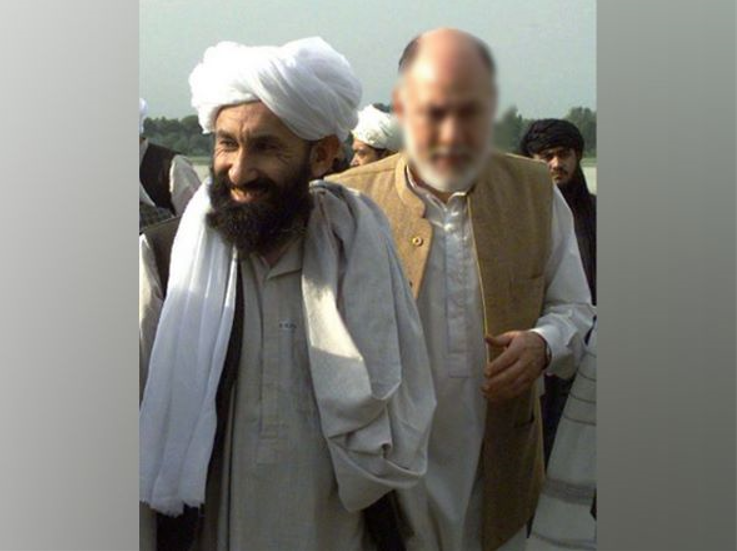