While rights defenders are castigating the Taliban, and Americans are holding Biden accountable for the evacuation mess, and the media in India is frothing over Pakistan’s involvement in Afghanistan (which of course is there but as written before in these columns it is no longer primary) the new strong player on the horizon seems to be escaping attention. And that is China that has taken control and is quietly working to influence the new government in Kabul both economically and strategically.

The Taliban has over the years of talks with the west developed a contempt for the Pakistan establishment that is visible in its current dealings. The kind of control that Pakistan had exhibited over the Taliban when it came to power in Afghanistan has cracked visibly. That Islamabad does not have more to offer than logistics and a bit of puppeteering with the smaller leaders is becoming more and more apparent, as the Taliban top guns turn their attention to Beijing. Openly.

Right from the word go, kind words for the Taliban have been coming out from Beijing which has not shown any hesitancy in applauding the takeover of Kabul. Russia, with a close strategic relationship with China worked on and solidified through the Shanghai Cooperation Organisation that the two are founder members of, has been a little more cautious as it does not want to close doors at this stage. But that it is very much in the picture is clear, although China is in the lead.

In fact it has become almost a love fest between China and the Taliban, more so after the government formation. Both have kind and warm words for each, with China insisting that the Taliban has done well and wants to pursue a new path. Taliban on its part is clear that China is its best buddy, with spokesperson Zabihullah Mujahid declaring in an interview to an Italian newspaper that the Taliban will fight for an economic comeback with the help of China.

In response to Indian concerns on this Taliban spokesperson Sultan Shaheen said, “while having ended the occupation we need to focus on the reconstruction of Afghanistan. And now China has come forward to help us with this and to create jobs for our people. So what is wrong with that?”

China on its part has supported the Taliban in demanding that the United States unfreeze Afghanistan’s assets, reportedly to the tune of 9.5 billion US dollars. The Chinese Foreign Ministry spokesperson Zhao Lijian told reporters that in his view the demand made by the Taliban spokesperson was “right.”

US President Joe Biden is facing flak for the chaotic manner in which the withdrawal was effected, leaving Americans and Afghan friends behind but has full support to end the war not just in Afghanistan but in West Asia. He said so in so many words, in recognition of the fact that the Americans themselves have had enough of this military occupation of lands they do not understand, and are not prepared to live with the tension and body bags of war. At least for now.

The Americans thus are struggling to keep a foothold in Afghanistan and remain the dominant strategic partner. The talks with the Taliban over the years, courtesy Doha and Islamabad, were aimed at this but the overnight collapse of Washington’s painstaking and much touted infrastructure of the Afghan forces has put an end to this dream. As the protection required has disappeared with the Taliban wind, it is now in full control of Afghanistan.

Besides, human rights continue to be an issue in the west, and in particular the United States where women rights, dissent and debate continue to matter. But not so for China that does not burden its support with finer democratic issues, and basically just wants to ensure that the Taliban will keep out of its minority affairs. That the new government in Kabul is more than willing to do, having said not a word about the Muslims in China, and many words about how it would like to enter into a deep partnership with Beijing.

China has already put some of its money where its mouth is, and along with Qatar has released aid for the Taliban government. It has its Belt and Road program, asking not for strategic but economic cooperation from the country concerned. In Afghanistan too it will in all probability project its huge project as one that will mutually benefit both the countries.

China’s support will not come laced with insistence for democracy. Even a modicum of lip service might not be required in the final analysis though pershaps at the beginning, Beijing would prefer the Taliban not to make arrests and detentions, and completely shackle its women. This is not because of its own concerns, but in recognition of the world that Beijing would like to remain on its right side for now. Makes strategic sense, more so as it would ease the isolation of the US at least insofar as Afghanistan is concerned.

In a stiutaion that remains fast developing and fluid, China can now be seen as the Taliban’s most important friend --- a fact recognised by Taliban spokespersons through different statements such as the above. From a ‘wait and watch’ position China has moved to embrace the Taliban with both working towards a strong economic relationship in the first instance. That this is strategic in this region goes without saying. 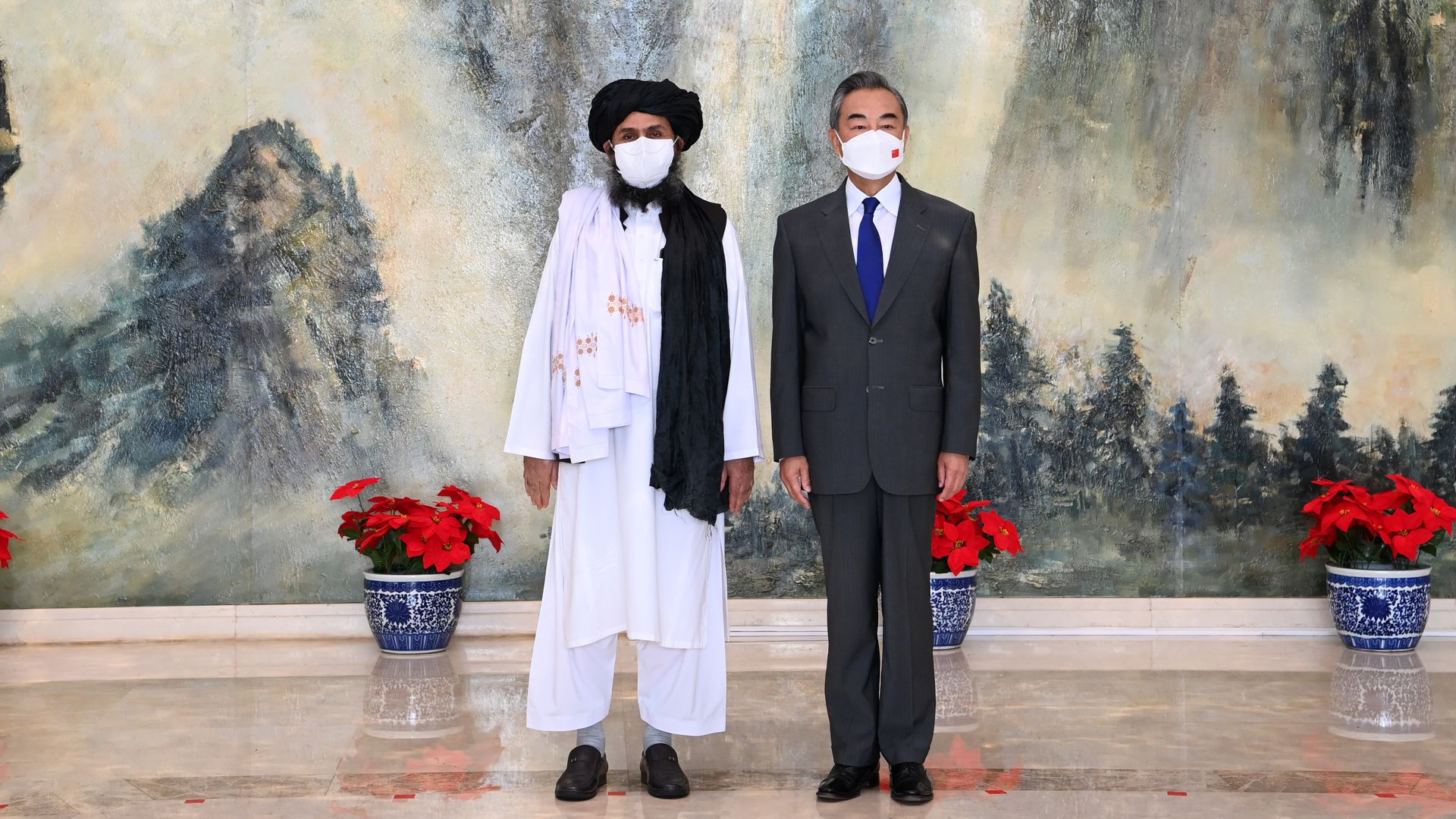