Iran Surges Ahead With SCO Recognition in the Bag

Like in a Wagnerian music drama, there is an associated melodic theme that accompanies the situations behind the two big regional developments last week — the announcement of the AUKUS, security alliance of three “maritime democracies” on September 15 and Iran’s accession to the Shanghai Cooperation Organisation as full member on September 17.

Both developments broke the glass ceiling. The AUKUS is projected as a template of US-China rivalry, but equipping Australia with a fleet of submarines is no small matter. Australia struggles to keep its current six existing Collins-class submarines operational and it now is being groomed to build a fleet of nuclear-powered submarines, for which it has neither the trained manpower nor the nuclear infrastructure necessary. The terrible beauty of the AUKUS is that it is scanty on details.

The timeline of AUKUS must be in the range 10-20 years, no less. By then, God only knows where China would have galloped away. Surely, AUKUS cannot be about a nuclear war against China.

On the other hand, nuclear submarines could operate completely submerged at high speed almost indefinitely. They can equip Australia with the capability to provide security for the exploitation of the vast ocean beds of the western Pacific and South China Sea and East China Sea — and the Indian Ocean — in a timeline of the next 10-20 years with the futuristic tools of Artificial Intelligence.

The scramble for resources is accelerating and emerging as, arguably, the most crucial aspect of the post-pandemic economic recovery of the big powers.

Similarly, SCO’s formal approval for Iran’s membership also has a geo-economic impetus. The China and Russia-led SCO dragged its feet for a full 13 years to reach this defining moment.

The SCO even adopted at the 2010 Tashkent summit, following Tehran’s application for membership in 2008, new criteria stipulating that an aspiring member state “should have no sanctions imposed on it by the United Nations Security Council,” whose very purpose was to effectively disqualify Iran!

Although the UN sanctions against Iran were removed in the wake of the 2015 JCPOA, the SCO still dragged its feet for another six years before changing course! Believe it or not, Tajikistan, which is seldom credited with an independent foreign policy, blocked Iran’s membership!

Evidently, powerful considerations have come into play for Beijing and Moscow to coordinate and quickly roll out the SCO red carpet for Tehran.

Three considerations need to be weighed in. First and foremost, the Western sanctions against Iran are going to be removed soon. Iran has seized the initiative to calibrate its uranium enrichment at will which leaves the US with only two options — attack and destroy Iran’s nuclear assets (which means all-out war), or give up the bluster and realistically arrive at a deal so that Tehran is soonest bound by its JCPOA commitments.

Tehran’s dependence on Russia and China’s help at the Vienna negotiations has diminished, while Washington’s desperation is palpable. The brand new UK Foreign Secretary Liz Truss has hurriedly landed in New York to take her first appointment overseas with her Iranian counterpart Amir Abdollahian on September 20.

According to the UK Foreign Office, Truss’ mission is to convey to Abdollahian that “The UK, US and our international partners are fully committed to a nuclear deal, but every day that Iran continues to delay talks whilst escalating its own nuclear programme means there is less space for diplomacy.”

Furthermore, “The Foreign Secretary will reiterate the US offer to lift sanctions in exchange for Iran returning to full compliance with its nuclear commitments. She will call on Iran to return to the Vienna talks over the nuclear deal (JCPoA), and once again return to compliance with its nuclear commitments, which is in the best interests of all parties.”

Of course, “Truss will (also) say that a reset of bilateral relations between our countries should be a shared interest, but Iran’s continuing nuclear non-compliance and escalating nuclear programme is blocking important progress.”

Plainly put, Truss’ proposition would be that in the downstream of the lifting of sanctions, a “reset” of the relations between the Western powers and Iran can commence in right earnest.

Moscow hopes to strengthen the trade agreement between the EAEU and Iran and have a chunky piece of Iran’s reconstruction pie. As for China, it hopes to implement the so-called 25-year, $400 billion economic deal with Iran that will soon begin to generate big income.

Meanwhile, the ascendance of the new “conservative” government in Tehran becomes a reassuring factor for them. The Ebrahim Raisi government has shown interest in forging close ties with the countries in the East and it makes sense for Moscow and Beijing to strike when the iron is hot.

The worrying fact, however, remains: the Raisi government is also a staunchly nationalist government which treasures the country’s strategic autonomy and can be expected to negotiate hard to secure national interests, and it has set ambitious goals for the country’s economic regeneration with the infusion of Western capital and advanced technology.

The choice of Amir Abdollahian as Raisi’s foreign minister is itself an utterly fascinating development. Here is a highly experienced professional diplomat with impeccable political credentials as regards his unwavering commitment to the ideals of the 1979 Revolution, who was also a close associate of the legendary head of the IRGC’s elite Quds Force late Gen. Qassem Soleimani — with a shared perspective both on the raison d’être of Iran’s politics of justice and resistance as well as the late general’s innate pragmatism to have waged a titanic struggle against the ISIS in Iraq on a forceful track parallel to the US’ efforts.

Abdollahian is familiar to the American diplomats, having negotiated in the Green Zone in Baghdad in 2007 the ground rules of co-habitation in a turbulent Iraq under US occupation, which worked well for Tehran. To be sure, Abdollahian will be a star attraction in New York through this week.

Finally, Iran’s attitude toward the highly volatile situation in Afghanistan is going to be hugely consequential to the SCO’s own future. Russia and China are harping on their anti-terrorism concerns but that is not the whole story — or even the real story. As any great power in history would have done, they also are moving with an eye on Afghan reconstruction.

They are intensely conscious that the US, the UK and other western countries too will wet their toes sooner rather than later to access Afghanistan’s trillion-dollar worth mineral reserves.

The Russian commentators are increasingly talking about the need for special forces operations inside Afghanistan. A brutal big-power struggle for mineral resources as in Mali or in some other African countries may well erupt over Afghanistan, too.

Russia and China are coordinating their policies. Iran becomes an “X” factor here. The expectations that the SCO membership will incentivise Tehran to team up with Moscow and Beijing remains a hypothesis as of now. So far, Iran largely pursued an independent policy toward Afghanistan.

For the first time, on the sidelines of the SCO summit in Dushanbe on Sept. 17, Iran appeared on an exclusive foreign-minister level format with Russia, China and Pakistan. But it was a perfunctory performance. Abdollahian had already left Dushanbe en route to New York.

Quintessentially, Iran remains a ‘swing state’. It lacks herd mentality, given its proud civilisational heritage. Growing integration into the world community will not dilute Iran’s strategic autonomy — be it in Syria and Iraq or in Afghanistan. The ball is now truly and squarely in the western court. 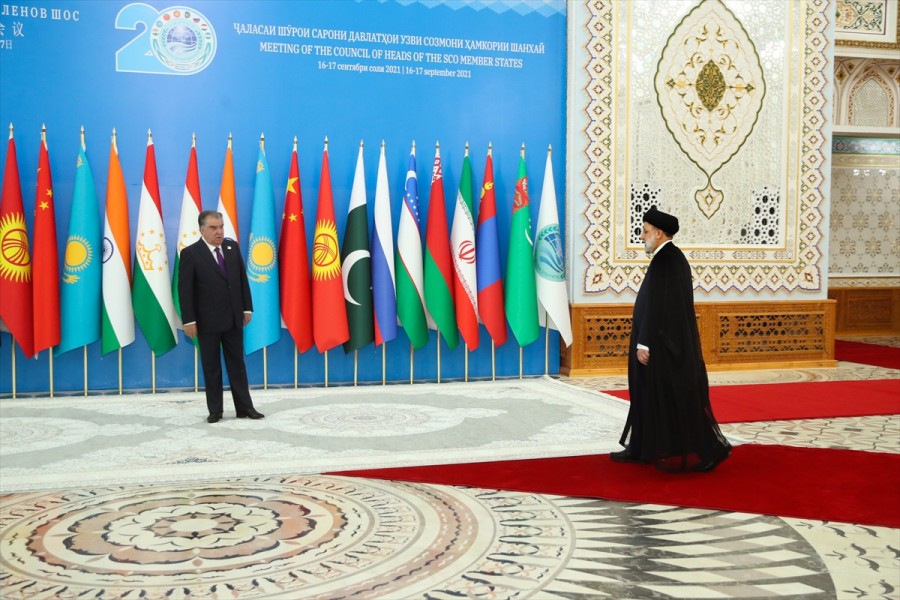