Prime Minister Narendra Modi’s late night visit to the Central Vista complex under construction effectively replaced the headlines on his visit to the United States, at least on the social media, that chewed over the photographs released from the on the spot inspection instead of the US which was fairly non eventful.

A Foreign Office that has qualified itself since the Manmohan Singh days to study body language and chemistry between leaders, also had little to report on PM Modi’s meeting with US President Joe Biden. And kept a glum silence as the twitterati circulated a supposed New York Times cover praising the Indian Prime Minister in headlines - a cover that has now been trashed as fake news.

The chemistry between Modi and former US President Donald Trump had the American-Indians and the Ministry of External Affairs in ecstasy. The hugs, the embrace, the hand holding had all established a very close personal relationship according to both leaders. However, Biden cold and matter of fact upturned all this by one, not going to the main door to greet PM Modi and bring him in; not going outside to see him off and bid him goodbye; not hugging and embracing; and not giving the photo opportunities that the visiting cameramen were looking for to establish a close and growing bond. Instead Biden, at least in the footage aired on television, appeared distant and polite, an occasional smile, a handshake and little more.

His welcoming remarks were short, said little, and generated some laughter on the Biden namesake. Both leaders spoke of the warmth that defined India-US relations, diplomatese at its best.

In fact, more attention was paid at least by the American press to the remarks by President Biden where he sought the Indian PM’s permission to dispense with even the token questions and answers, saying that the Indian media was better behaved. This angered the American journalists, some of whom pointed out in remarks later that India had gone down to 142 on the Press Freedom Index and hence this comparison was odious. Officials had to explain away Biden’s remarks, and re-assert his commitment to independent media.

It is thus, back to business as usual between India and the US. More realistic and more matter of fact without the trapping and frills of power and chemistry. Biden did his bit by recalling Gandhi and non violence. And his Vice President Kamla Harris earlier recalled the importance of democracy at a joint press conference with PM Modi, looking straight at him as she stated her administration's position on rights and freedoms ensured under democracy.

No major agreements were announced, no areas of cooperation formally identified. It was plugged as a fairly routine visit by the US State Department and largely ignored by the American media.

Interestingly, for this administration QUAD has been replaced by AUKUS - an essentia white man’s club minus Japan and India. PM Modi attended a QUAD meeting where the focus was on vaccination and infrastructure and the US, UK and Australia went into the AUKUS meeting where the discussion was on strategic cooperation underlining what they described as a “new enhanced trilateral security partnership” with emphasis on the “complex” Indo Pacific region.

The Quad joint statement said, “Our partnership on COVID-19 response and relief marks an historic new focus for the Quad.” The AUKUS statement read, “Through AUKUS, our governments will strengthen the ability of each to support our security and defense interests, building on our longstanding and ongoing bilateral ties. We will promote deeper information and technology sharing. We will foster deeper integration of security and defense-related science, technology, industrial bases, and supply chains. And in particular, we will significantly deepen cooperation on a range of security and defense capabilities.”

Trump’s QUAD has thus been replaced by Biden’s AUKUS and at least for the next four years this will hold sway. PM Modi who did make the effort to open doors must have been now advised by the National Security Advisor Ajit Doval and the Minister of External Affairs Jaishankar accompanying him that it is back really to business as before with the US, that India is not going to enjoy a special place, and the path together will be rougher and a more realistic recognition of the limits of bilateral ties. And that Biden still has not recovered from the Howdy Modi event in a highly polarised American environment.

How this plays out remains to be seen, but it is clear from this meeting that New Delhi has some climbing left to do. It is not involved in Afghanistan for reasons discussed in another article, its lines with the current dispensation in Pakistan remain blurred, and its China policy needs firmer articulation and perhaps mending. The US, as many an Indian Prime Minister has learnt, is not a stable ally, and regional cooperation for peace and development through dialogue is the better route for India to trek. 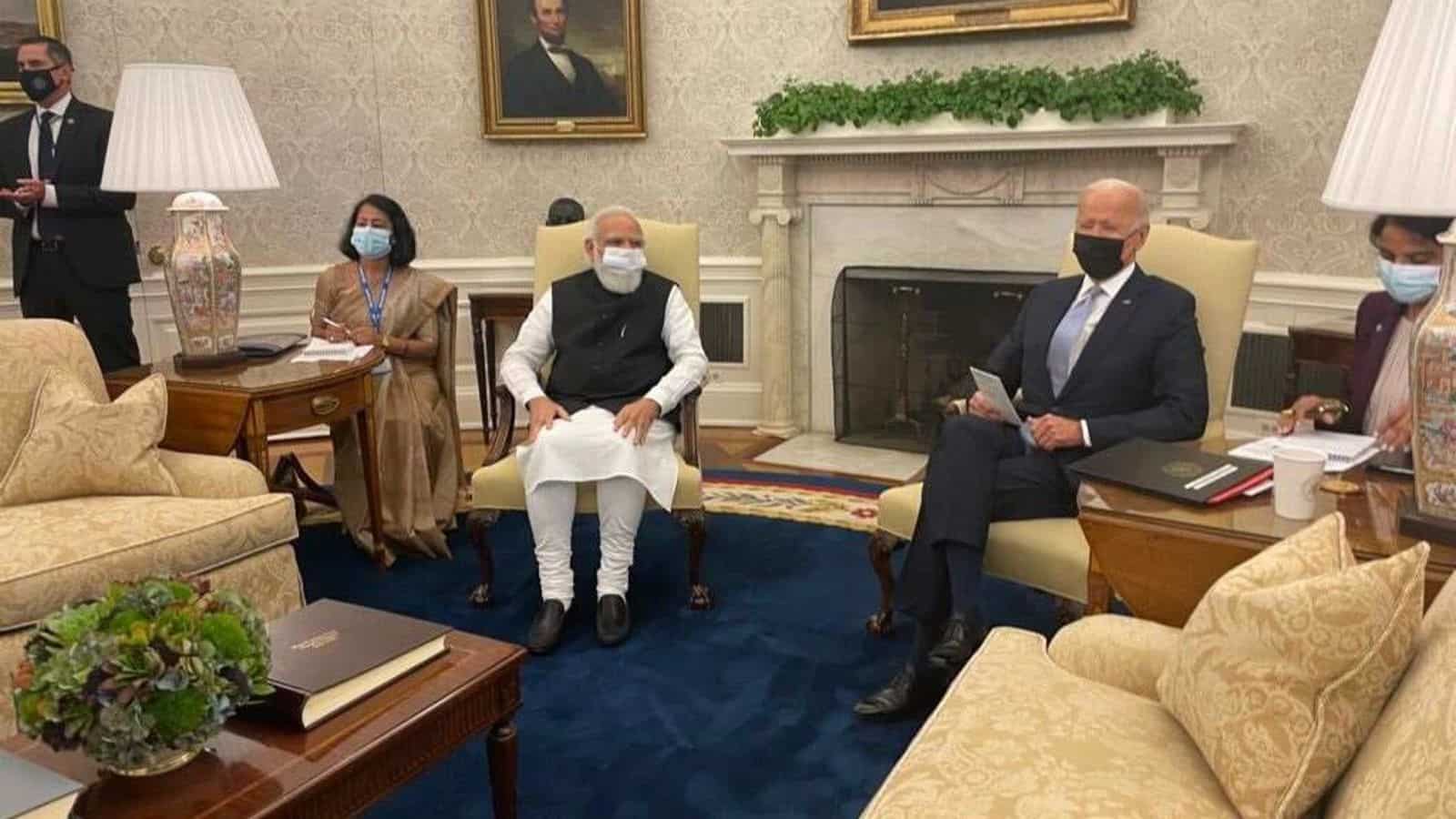