Along with Pakistan, China skipped the Delhi conclave of NSAs on Afghanistan

COLOMBO: Is China intentionally dodging multilateral events hosted by India? It skipped the Delhi conclave of National Security Advisors on Afghanistan held on November 10, ostensibly because it had “scheduling issues” - but attended another multilateral conference on Afghanistan held the very next day in Islamabad and hosted by Pakistan, a conference to which India was not invited.

Interestingly, while excusing itself from the Delhi conclave, China indicated that it is ready to discuss Afghanistan with India bilaterally or in other multilateral forums - presumably those international forums not organized by the Indian government.

China’s declining to attend the Delhi conclave coupled with its offer to talk to India bilaterally or in other international forums prompts the question: is China deliberately shunning multilateral events organized by India? Does it see attending multilateral events hosted by India as tantamount to endorsing India’s leadership, an endorsement that could dent its bid to be recognized as the sole power in south and southeast Asia?

China’s absence from the Delhi meet has a historical and a current dimension. That the real reason to stay away was not a scheduling problem but a matter of policy was apparent in a report in the Global Times, an organ of the Chinese Communist Party:

“India wants to use the event to show its influence in regional affairs, and strike a blow at Pakistan,” said Zhu Yongbiao, Director of the Center for Afghanistan Studies in Lanzhou University, to Global Times.

Pakistan too boycotted the Delhi meet, saying that “spoiler” India could not be a “peace maker” in Afghanistan.

“Although the neighboring countries come with goodwill to help stabilize Afghanistan and the region, India's selfish desire to use the conference to attack other countries and highlight its presence made it difficult for the conference to have any real effect,” said Zhu.

“India cannot get rid of its anxiety as its influence in Afghanistan may plummet after the US withdrawal. India has always been opposed to the Taliban, and the Taliban does not trust India very much,” added Zhao Gancheng, director of the Center for Asia-Pacific Studies at the Shanghai Institute for International Studies, in the Global Times report.

As the largest countries in Asia, China and India have both been seeking leadership of the continent since the late 1940s and early 50s. Jawaharlal Nehru did try to forge a Sino-Indian alliance to “jointly” lead the newly independent countries of Asia and Africa - this resulted in the acceptance of the Five Principles of Peaceful Coexistence (Panch Sheel) in 1954. But Panchsheel was in tatters a year later.

The conference of Third World Afro-Asian countries held in Bandung, Indonesia in 1955 was meant to demonstrate unity, but ended up doing the opposite. The emerging Sino-Indian conflict over Tibet, and other territorial disputes, competing nationalisms and one-upmanship came to the fore.

Nehru’s attempt to project himself as “the” leader of Afro-Asia was rebuffed. Chinese PM Zhou En Lai described Nehru as the “most arrogant man I have met.” Escalating Sino-Indian conflict led to the 1962 border war that put paid to further efforts to forge Sino-Indian friendship.

Many analysts believe that the growing power asymmetry, in particular China’s global economic clout, is the reason for Chinese derision and bellicosity toward India. But Mohan Malik of the Asia-Pacific Center for Security Studies, Honolulu, insists that the roots of Chinese hostility to India are deep seated, and predate Beijing’s acquisition of economic and military muscle:

“These perceptions have led five successive generations of post-Mao Chinese leadership to contemplate teaching India a lesson at least once every decade since the 1962 War (Zhou Enlai in 1971, Deng Xiaoping in 1987, Jiang Zemin in 1999, Hu Jintao in 2009 and Xi Jinping in 2017),” Malik points out.

According to Malik, since Mao’s days the CCP stereotype of India is of a “loathsome, backward neighbor” that gave refuge to the Dalai Lama and Tibetan ‘splittists’, and, last but not least, pursued British India’s expansionist policies. More recently, when he was vice-foreign minister, Wang Yi described India as “a tribal democracy whose long-term existence is far from a certainty.”

Malik quotes a Huanqiu commentary dated July 28, 2017 warning India not to mess with China: “China has the capacity to make each of India’s northeastern states independent,” it warned. Many believe that “China and India cannot really deal with each other harmoniously because “there cannot be two Suns in the sky.” The Chinese describe India’s big power dreams as “unrealistic and unachievable”.

The stereotypical Indian view of China is not flattering either. In his Glimpses of World History Nehru writes: “No scruple had ever troubled China in the pursuit of her imperial policy. She grabbed openly, not caring even to cover her designs with a veil.”

Nehru’s home minister Vallabhbhai Patel wrote to him after China invaded Tibet in October 1950, saying that Communism is no shield against Imperialism and that the Communists are as good or as bad Imperialists as any other:

“Chinese ambitions in this respect not only cover the Himalayan slopes on our side but also include important parts of Assam. Chinese irredentism and Communist imperialism are different from the expansionism or imperialism of the Western Powers. The former has a cloak of ideology which makes it ten times more dangerous. In the guise of ideological expansion lie concealed racial, national or historical claims,” Patel told Nehru.

In 1959 Nehru himself wrote: “There appears to me to be a basic problem of a strong and united Chinese State, expansive and pushing out in various directions and full of pride in its growing strength. In Chinese history, this kind of thing has happened on several occasions. Communism as such is only an added element; the real reason should be found to lie deeper in history and in national characteristic.”

Historian Ramachandra Guha points to another letter Nehru wrote to the chief ministers on December 22, 1962 in which he says this of China: “It believes in the inevitability of war and, therefore, does not want the tensions in the world to lessen. It dislikes non-alignment and it would much rather have a clear polarization of the different countries in the world. It is not afraid even of a nuclear war because as it is often said, they can afford to lose a few hundred million people and yet have enough numbers left.”

However, even as they look down on each other, deep down the two powers are disturbed by each other’s rising capabilities. As Malik notes, “This is why moderate voices, which want Beijing to accommodate a rising India in order to leverage its economic growth, and partner with it to build a multipolar world, are often drowned out by more hawkish voices.”

“China’s goal is to convince neighboring countries that the overall balance of power has shifted in Beijing’s favor, and their long-term interests lie in cutting bilateral deals with China.

“Whether imperial, nationalist or communist, the aim of Chinese policy has been that neighbors must be respectful, obedient, and in areas immediately adjacent to the Chinese lands, preferably impotent and sufficiently weak.”

“Overawed by China’s growing wealth and power, India and other Chinese neighbors are expected to acquiesce to China’s primacy and accept Beijing as their benevolent big brother. Those who seek to contain China by banding together or aligning with the United States and allies would invariably incur Beijing’s wrath.”

“Hypernationalism, a belief in Han exceptionalism, and of the inevitability of a post-American Sinocentric world now shape Beijing’s India policy,” Malik concludes.

From this it appears that periodic skirmishes on the Sino-Indian border and thwarting India’s bid to grandstand in international relations will mark Beijing’s India policy. 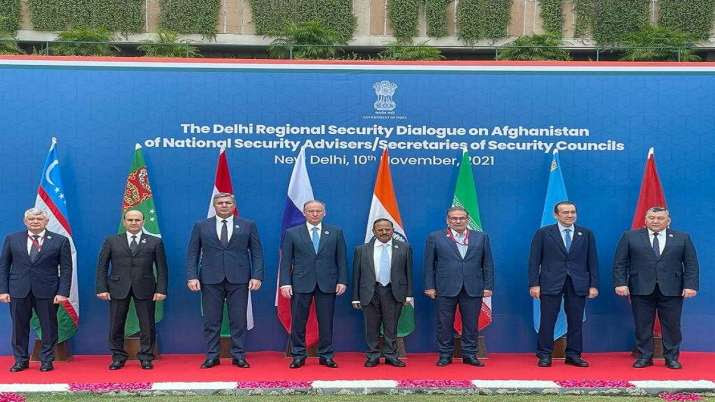